You are here: Home » General » In Search of Flavor: The Lost Art of Heirloom Popcorn

Take a bite of air-popped corn made from grocery store popcorn, and pay attention to the flavor. Pay attention to what it tastes like before you add flavorings. While you might certainly feel the texture of the corn, perhaps sense a vague starchiness on your tongue, most likely you won’t taste much of anything. Most people have simply come to accept the fact that popcorn itself has no flavor, but have you ever wondered why? 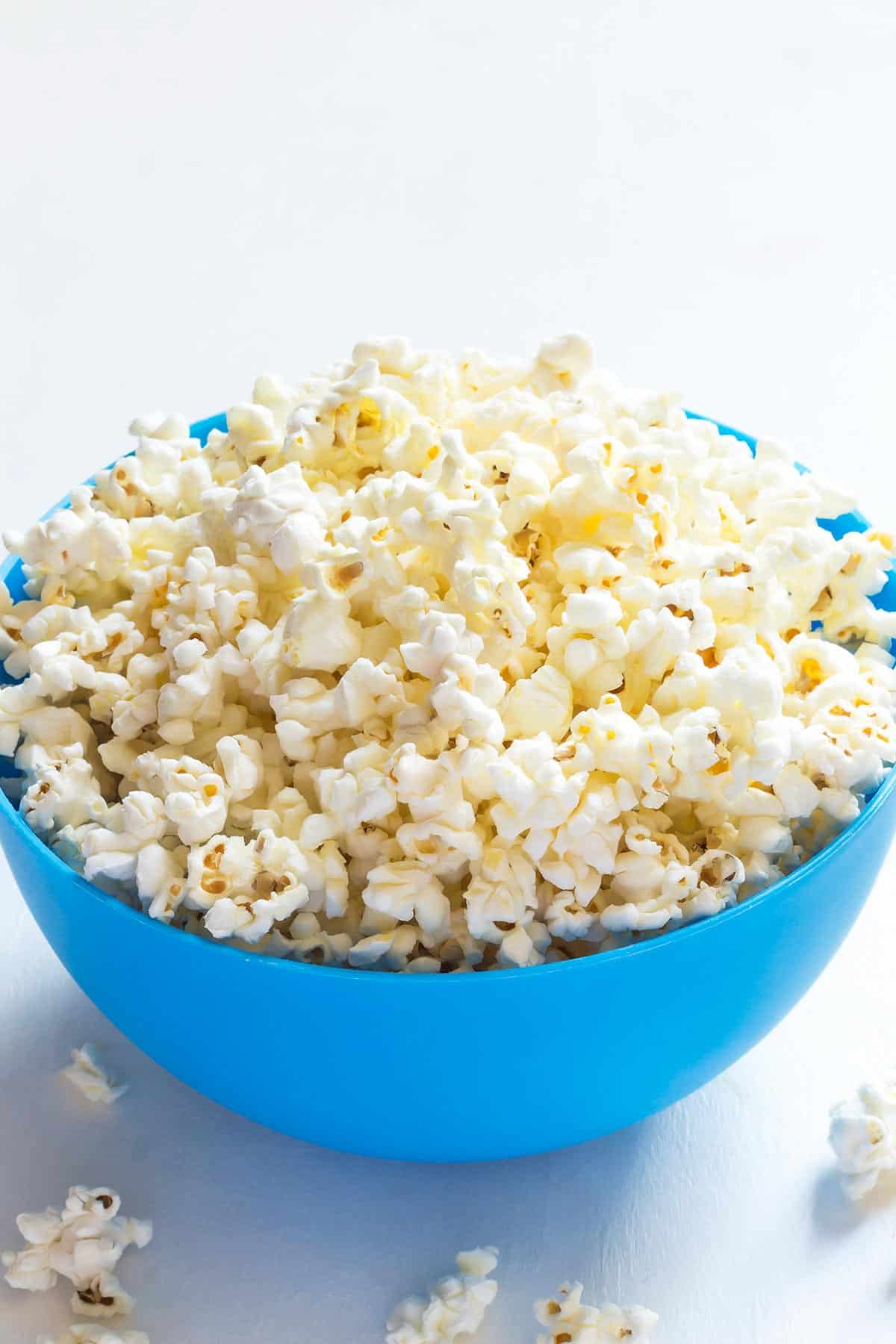 The truth is, most of the raw ingredients we find in the store have greatly reduced, and frankly, uninteresting flavors. The tomato in the store hasn’t been bred to be tasty, it has been bred to store for a long time without going bad. The same goes for nearly all fruits, vegetables, and perishable goods.

In the case of popcorn, the flavor has been bred out in favor of more productivity and better yields. Long before the mass production of popcorn, it actually did have a flavor. There are hundreds of different varieties of popcorn, and many of them have flavors that will amaze you. Some have a sort of nutty, corn-chip flavor. Others taste like they already have butter on them, and still more taste fresh, or more starchy. The different flavors of popcorn are almost as unique as the varieties they come from.

Heirloom popcorn doesn’t just have different flavors either. It also had more nutrition in it lost in the breeding process. Today’s microwave popcorn is a shadow of the original breeds, and while it can stay fresh forever and provide more kernels per cob, it needs a lot of butter and salt to cover up the lack of flavor that is the compromise for industrial popcorn. 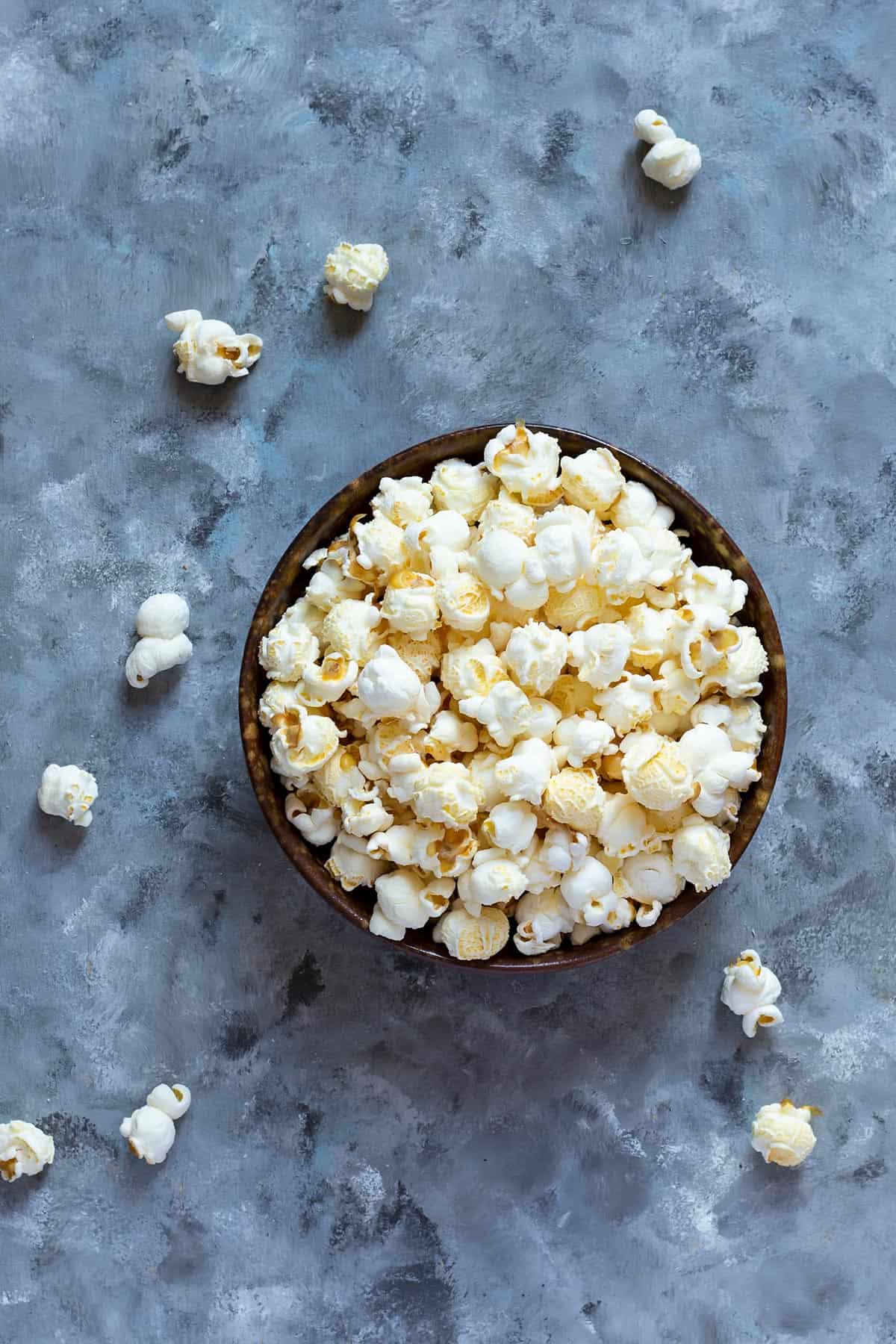 Popcorn lovers everywhere are turning away from conventionally grown kernels, and searching for a somewhat rarer fix for their popcorn habit. Yes, you guessed it—heirloom popcorn.

Unlike conventionally grown popcorn, heirloom popcorn hasn’t changed for thousands of years. Each strain of popcorn has its own unique taste profile, texture, and nutrients, making the somewhat basic snack into a new adventure with each strain you try.

Varieties that will change how you view popcorn

We are so far removed from highly nutritious foods bursting with natural flavor, it can be hard to imagine our non-processed foods used to have taste. Yet these popcorn brands will change all that. Here are a few to try if you’re curious about what popcorn may taste like before industrialization caught up with it.

This striking red popcorn explodes into whiter than average popcorn. The major difference most people notice right away upon trying it is how tender each popcorn piece is. The texture is much more refined than the traditional white or yellow corn we are used to, and reviewers have remarked on its incredible flavor. Reviewers report eating the popcorn with no salt or flavorings, and finding it still tasty and filling. An amazing change when we think of how taste free some varieties can be without salt and butter to make them more appealing.

Imagine biting into a piece of plain, air-popped corn, and detecting a hint of—butter? That’s exactly what you’ll get from this very old heirloom corn. Dating back to the 1800s, this variety was selectively bred to taste like it has already had butter put on it.

While the butter flavor is pretty mild, especially compared to movie theater popcorn saturated in it, the fact that plain popcorn can taste this way is nothing short of amazing.

These popcorn kernels are so dark red that they appear to be black, though of course they don’t pop that way. Unlike the other two, this one has a nutty flavor. Easy to grow, this popcorn also doubles as a cool decoration for those who decide to buy seeds and grow their own popcorn. Many seed companies recommend this for children’s gardens, helping them to dip their toes into the world of gardening with a rich and tasty reward at the end.

When popped, they are snowy white on the outside with a black underside. At first glance they appear to be burnt, but this is just part of the hull still clinging to the popcorn.

You aren’t likely to find Dakota Black popcorn kernels in stores, because they lose their unique flavoring fairly quickly after being picked.

Another beautiful popcorn, each cob has a multitude of different colors. Red, blue, and yellow all mingle together in a riot of color that makes popping it extra fun. People who grow Smoke Signals popcorn report the flavor as being “Very Fresh.” The flavor is so fresh it stands out compared to other popping corns.

This popcorn is one of the most beautiful varieties out there. Due to its rarity, growing it can also put a little cash in your pocket, since there are plenty of people willing to buy the corn as a seed crop. On the cob and as kernels, glass gem corn lives up to its name, looking like some kind of jewelry.

When popped, glass gem features some of the best pop-ability among heirloom varieties. If you have a place to plant them, these are well worth putting in the garden. You may struggle to find it for popping however, since it is incredibly rare.

There are hundreds of other varieties of heirloom popcorn, all with their own unique history, flavor, and texture. As an added bonus, these popcorns are naturally GMO free, and if you grow them yourself you can be sure of their organic status.

Indeed, thanks to the availability of these heirloom popcorn varieties, specialty popcorn has enjoyed a bit of a revival. Thanks to heirloom popcorns, many farmers are able to see a bit more of a profit. The average farmer takes home about $39,000 a year in profit. In good years their profit can exceed $100,000, and in bad years they may end up making nothing or even owing money.

Most farmers, despite working all year tilling thousands of acres, have to get a part time job to bring in enough money to survive. It’s a hard situation that makes the simple act of providing food for the nation almost impossible for all but the biggest farms to manage.

Thanks to heirloom popcorn however, small farms have a better chance at staying open, and with growing demand for these tasty and delicate flavors, the demand is growing. Popcorn is easier to grow than other species of corn, and many varieties can grow in a variety of conditions, not just along the “Corn Belt” in the midwest.

Everyone from gourmet chefs, who offer dishes like popcorn grits, to families who have come to love the unique flavors offered by heirloom popcorn, have started searching out varieties of popcorn rather than being satisfied with what is available at typical stores.

The future of popcorn 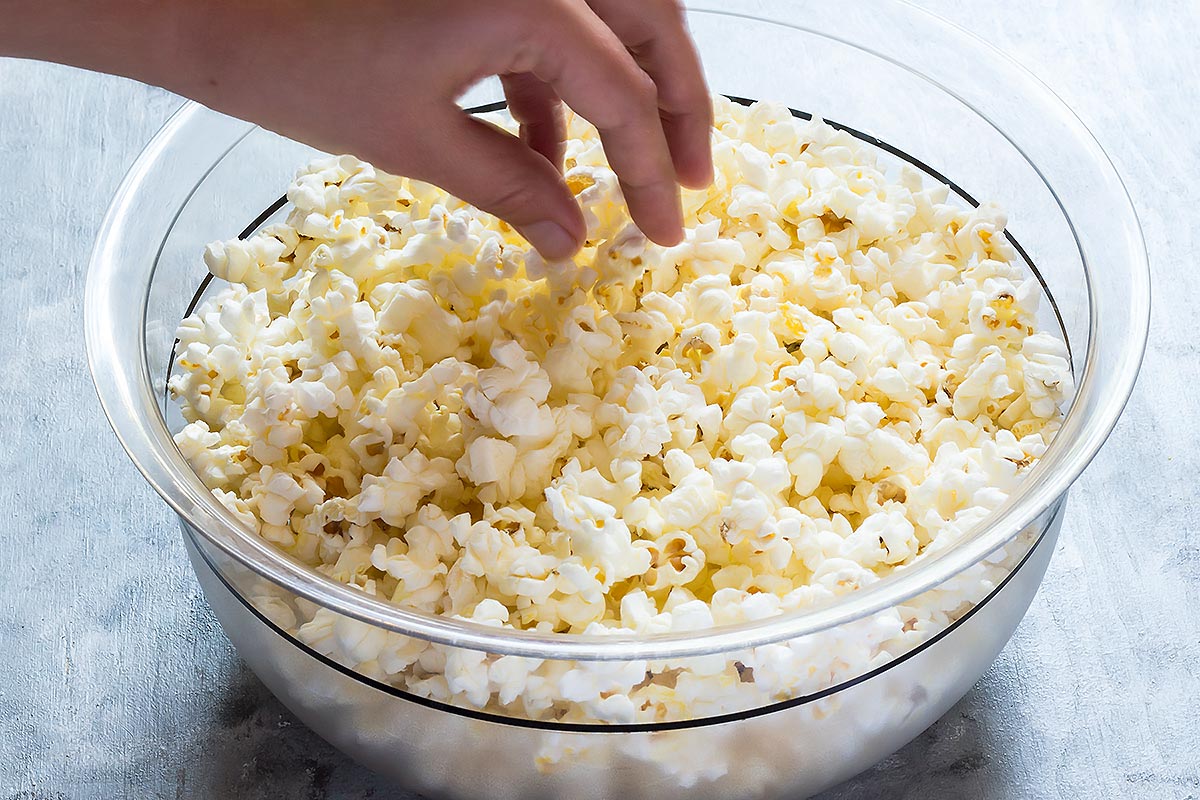 Americans eat billions of quarts of popcorn every year, most of those quarts being eaten at home. Popcorn consumption has been at an all time high the past few years, mainly do to the convenience of the snack. Attitude towards popcorn has been shifting however, as more people realize that the shelf stable butter and other components of microwave popcorn aren’t as good for you. With concerns over trans fats, preservatives like TBHQ, and sodium, American snackers have been slowly but surely looking for a change. After all, why bother swapping out chips for popcorn if there aren’t health benefits?

Popping your own popcorn in a hot-air popper or even by hand has become a new trend, and recipes for healthier seasonings abound. A quick Google search yields hundreds of recipes, from barbecue flavorings reminiscent of potato chips, to curry powder ones filled with flavor.

The popcorn industry has also been quick to point out that popcorn has many health benefits, from antioxidants to a variety of minerals. Some research even indicates that heirloom popcorn may offer even more nutrients than standard corn.

Popcorn will likely always be one of our top favorite treats. Since ancient times and the first discovery of its unique ability to pop to today’s modern theater, we love this crunchy delicious snack. Even as we give up on old methods of cooking that maybe weren’t as good for us, such as adding tons of preservatives, we find new and healthier ways of popping the kernels.

The next time you feel like a great bag of popcorn, try searching out some delicious recipes. Look at your local farmer’s market, specialty store, or online for heirloom popcorn kernels, and give popping them yourself a try. You may be surprised at just how delicious these flavors are. They may be a bit harder to come by than the average bag collecting dust on the grocery store shelves, but they are well worth the hunt. Try it just one time, and you will no doubt be hooked on fresh, delicious, heirloom popcorn.