With this cashew butter recipe you'll learn how to make your own homemade nut butter in no time. Cashew butter is a fantastic breakfast spread on toast and a wonderful baking ingredient as well. 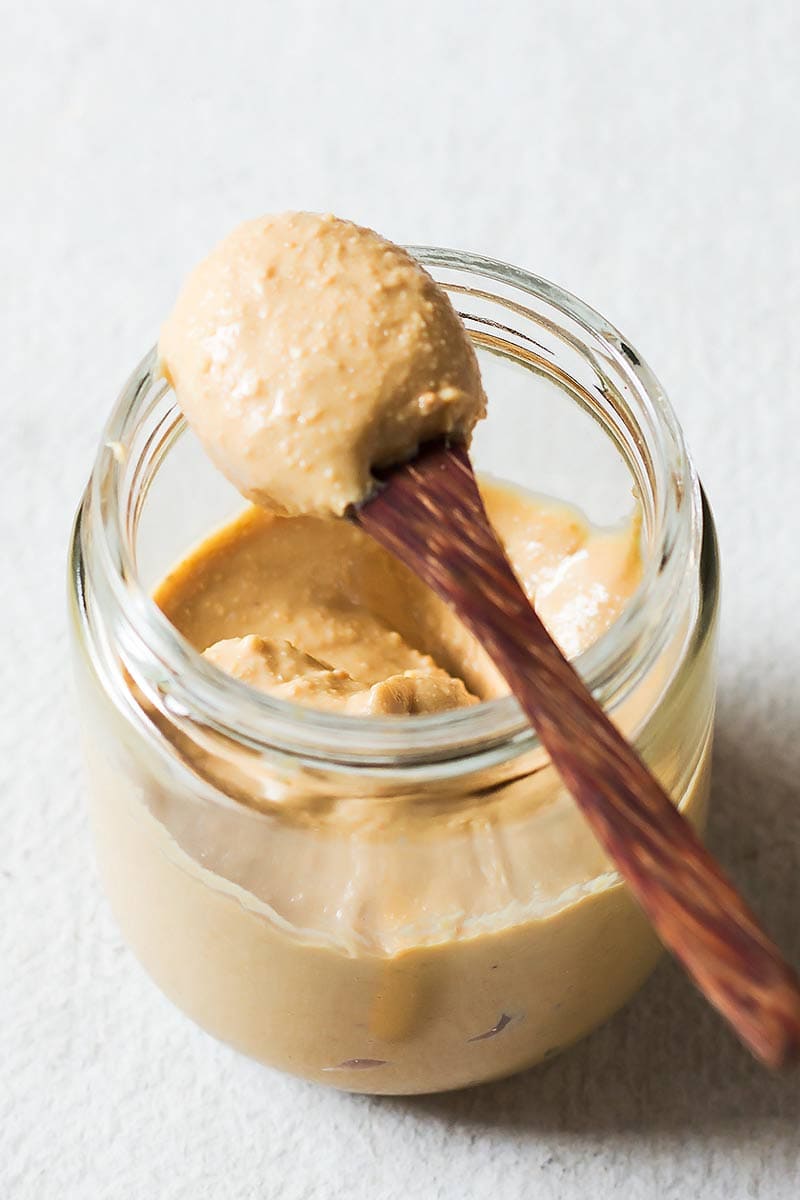 To say I am a fan of nut butter seems like an understatement, but for some strange reason I haven't had cashew butter until recently. Some days we live on peanut butter sandwiches around here.

I adore almond butter to an extreme! And if it wasn't loaded with so much sugar, I could have Nutella every day - from a spoon!

Luckily, I don't have to rely on store bought nut butters. I like to make our own peanut, coconut and almond butter at home. I've even experimented with making my own healthier version of Nutella with ground roasted hazelnuts, cocoa powder and maple syrup as a healthier sweetener.

Why I love to make my own nut butters: 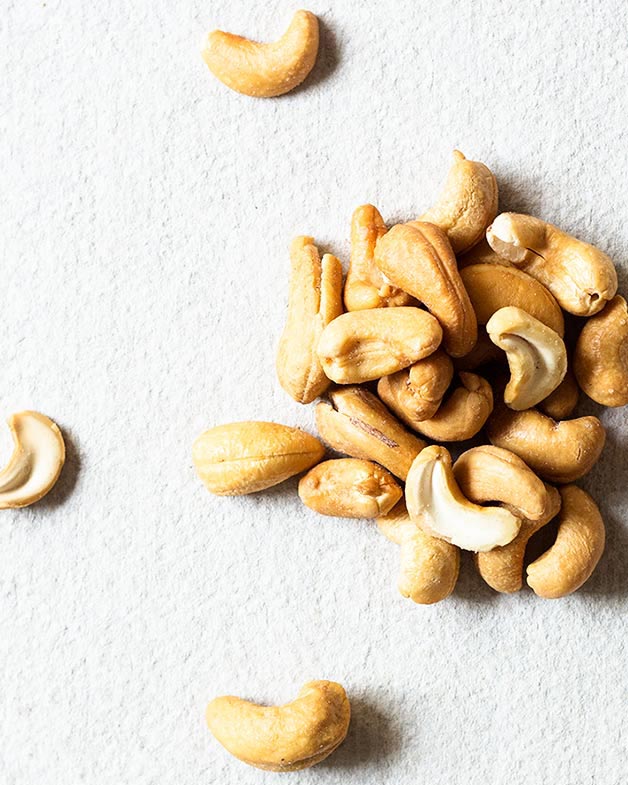 What is Cashew Butter

This in turn causes the natural oils in the cashew nuts to release and the result is smooth and creamy cashew nut butter. It's great as a spread in toast as well as a baking ingredient.

How To Roast Cashews

To roast raw cashews place them on a baking sheet and dry toast them in a preheated 325°F oven. Roast them for 5-10 minutes while watching carefully and shake the baking sheet as needed to toss the cashew nuts. 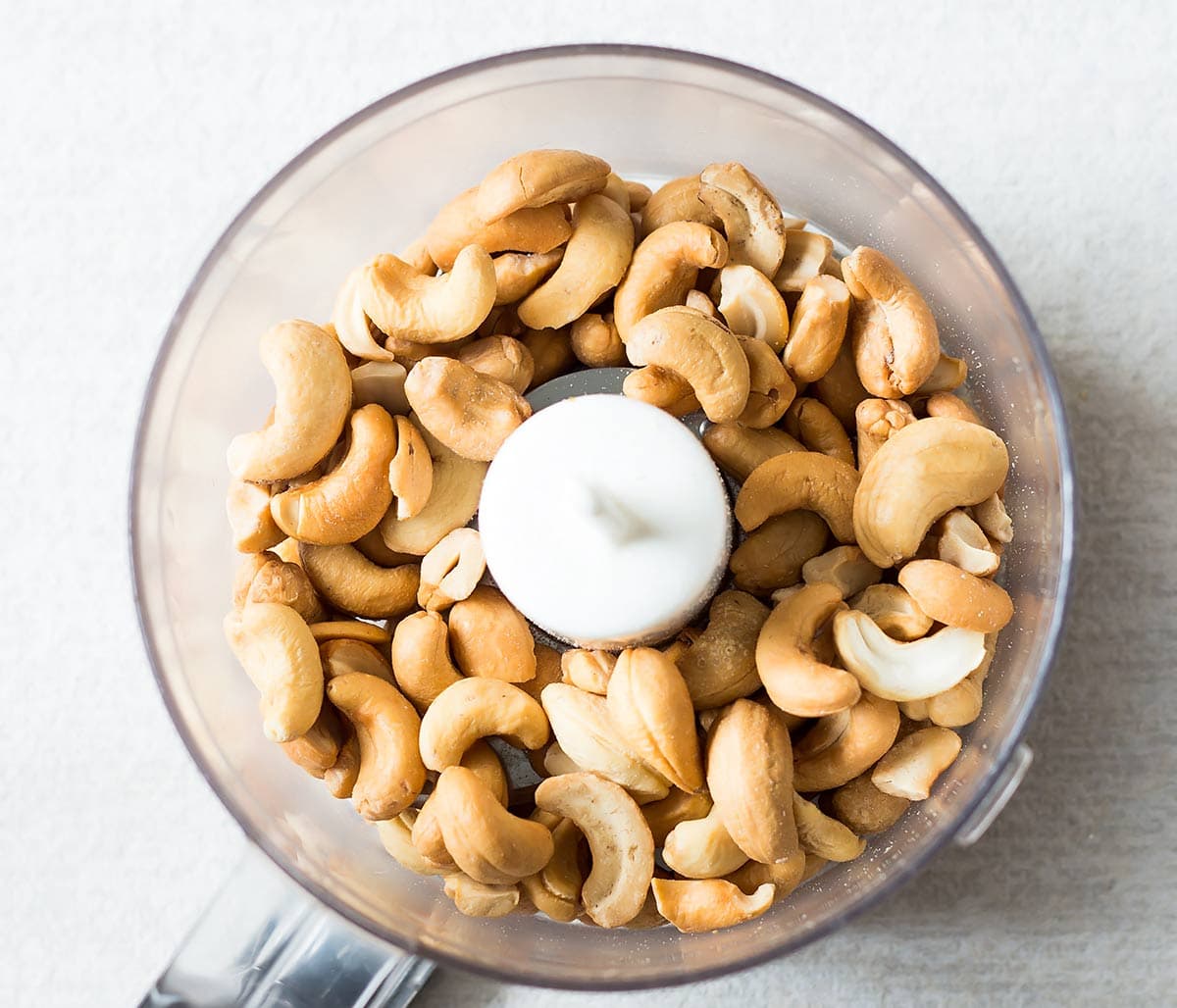 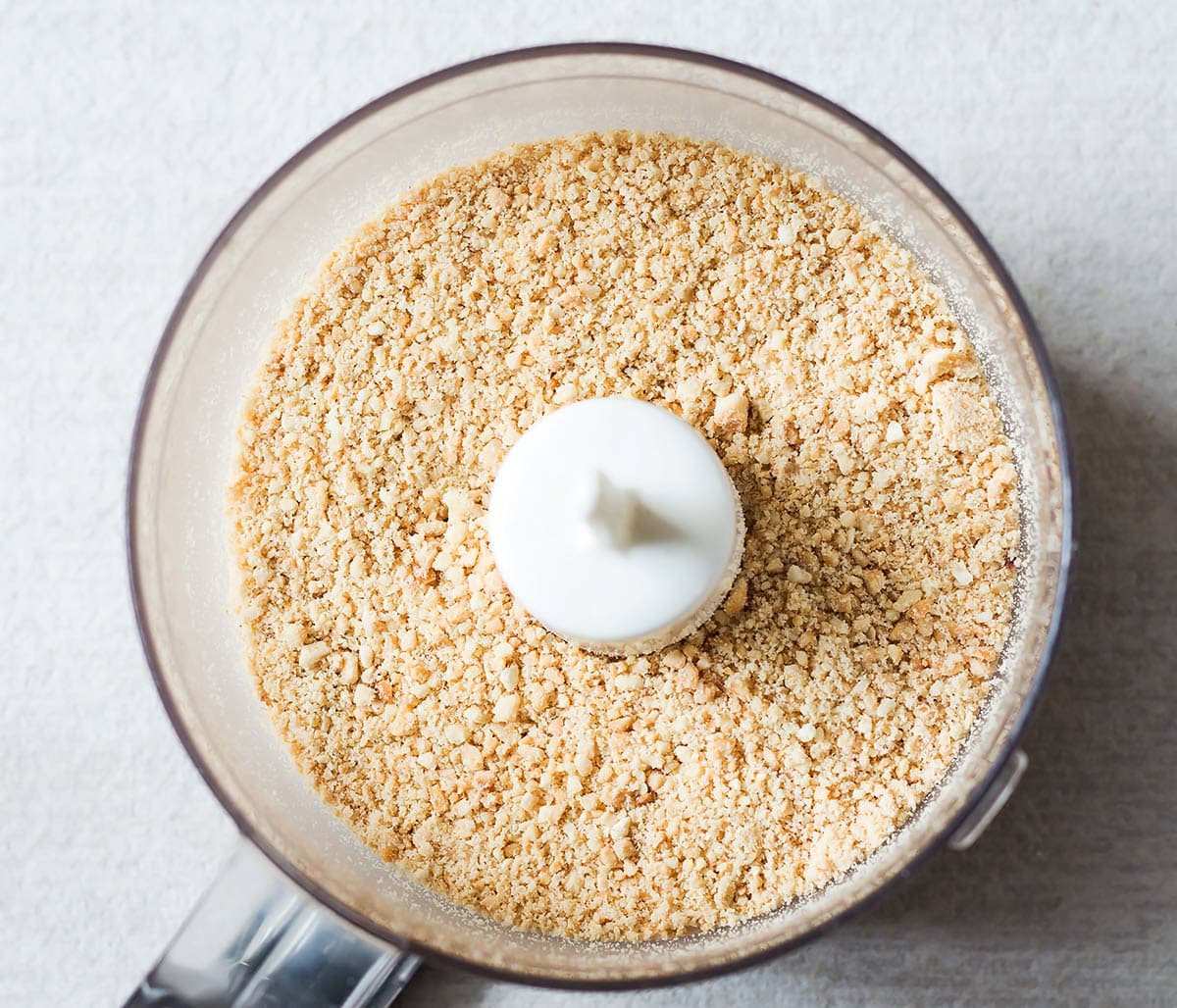 How to Make Cashew Butter

Any food processor should be able to handle cashew nuts into cashew butter. This Cuisinart model is my trusty machine. For half batches (1 cup of whole nuts) you might also be able to use a food chopper. 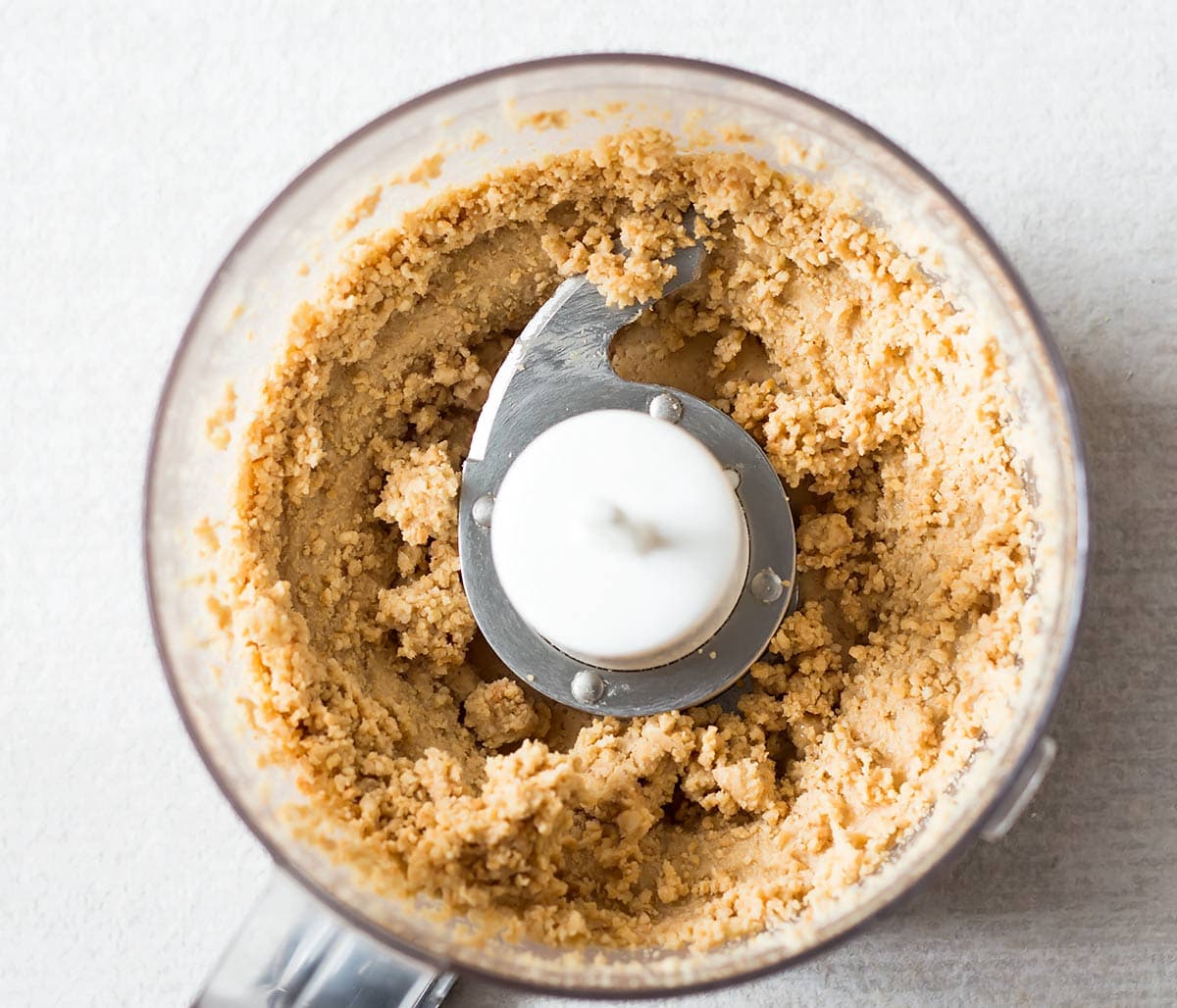 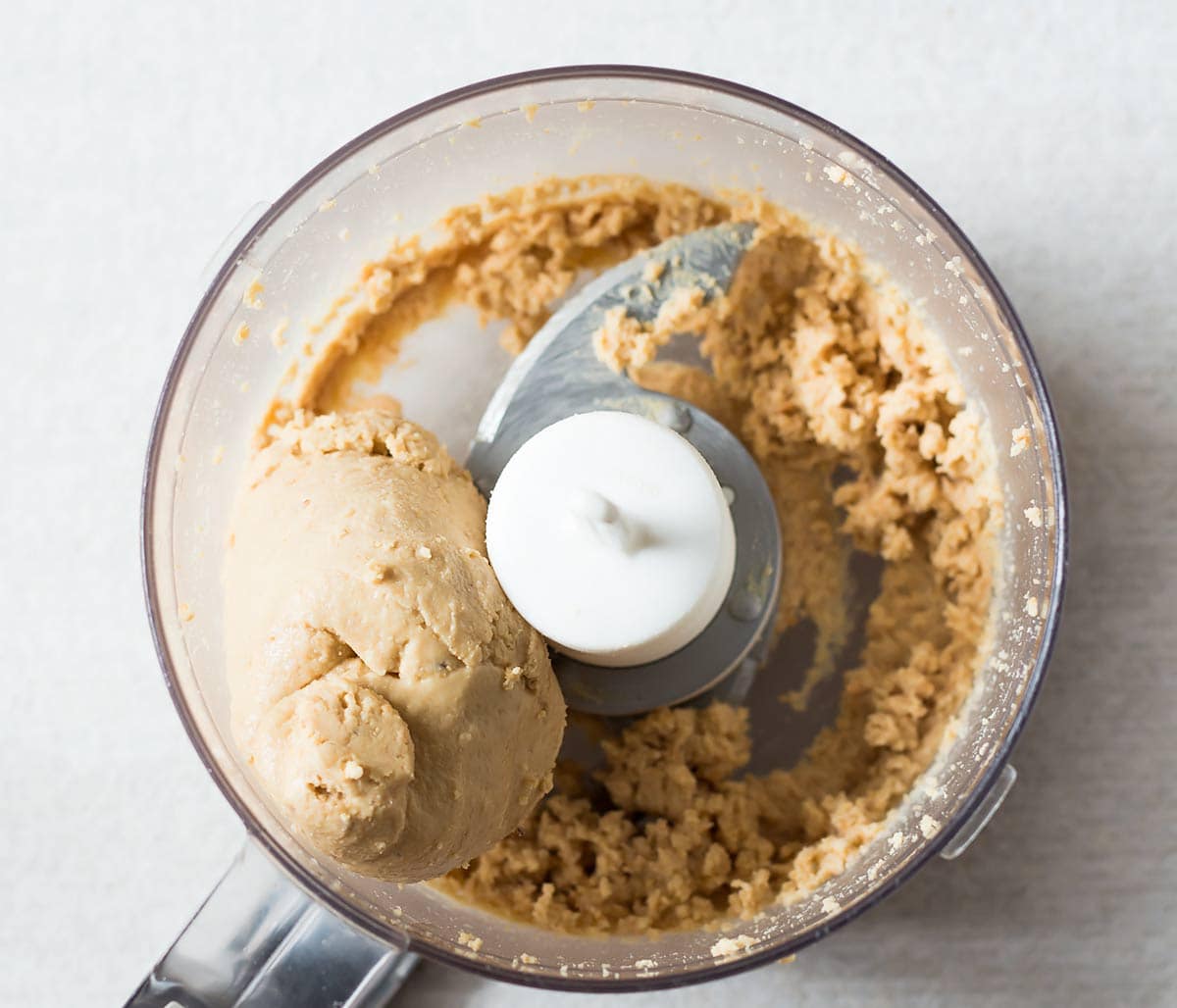 The grinding process also produces heat that releases the natural oils from the cashews. At this point the nut flours turns into a dense cashew nut paste.

As you keep processing the paste starts to press together and forms a ball. 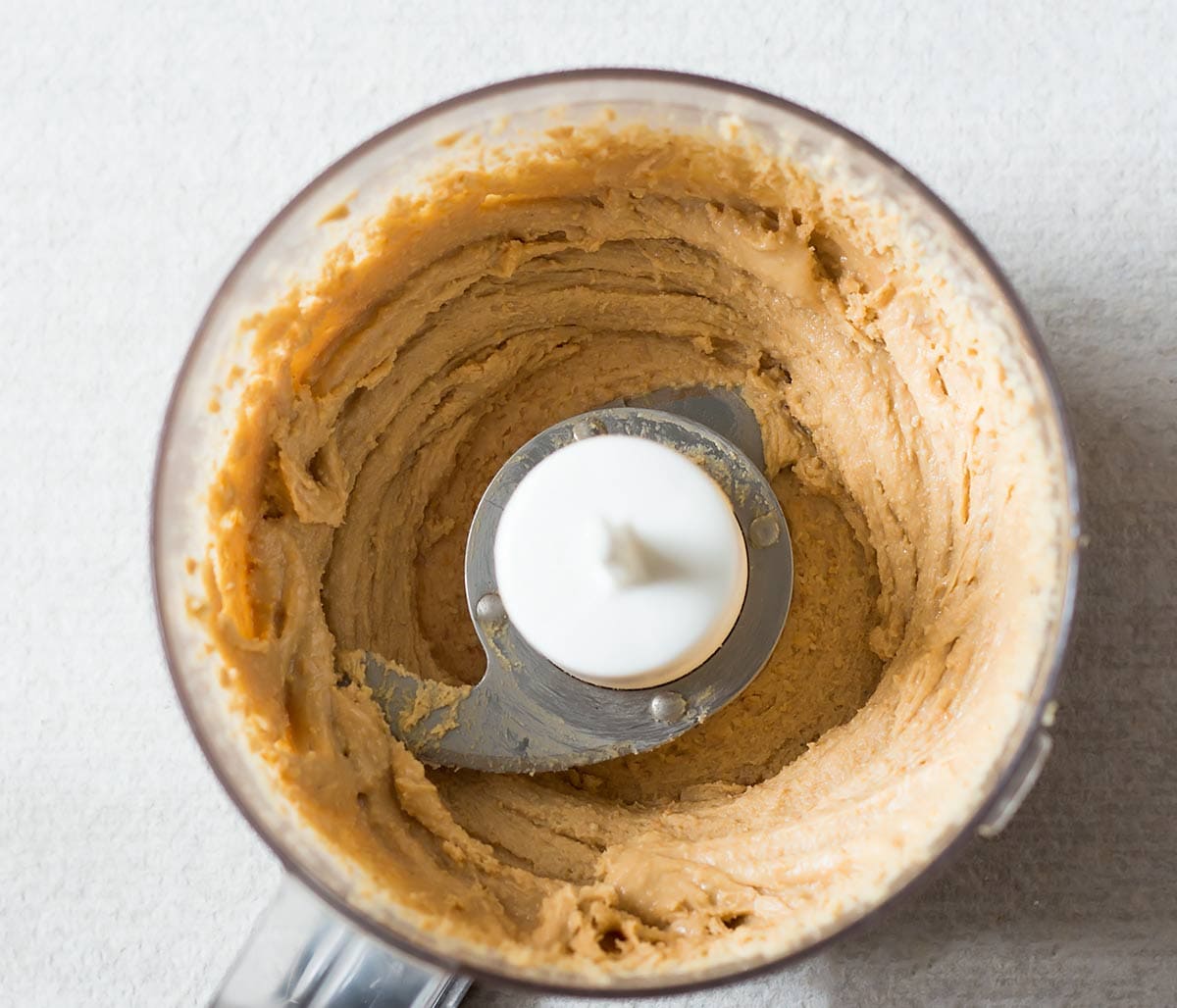 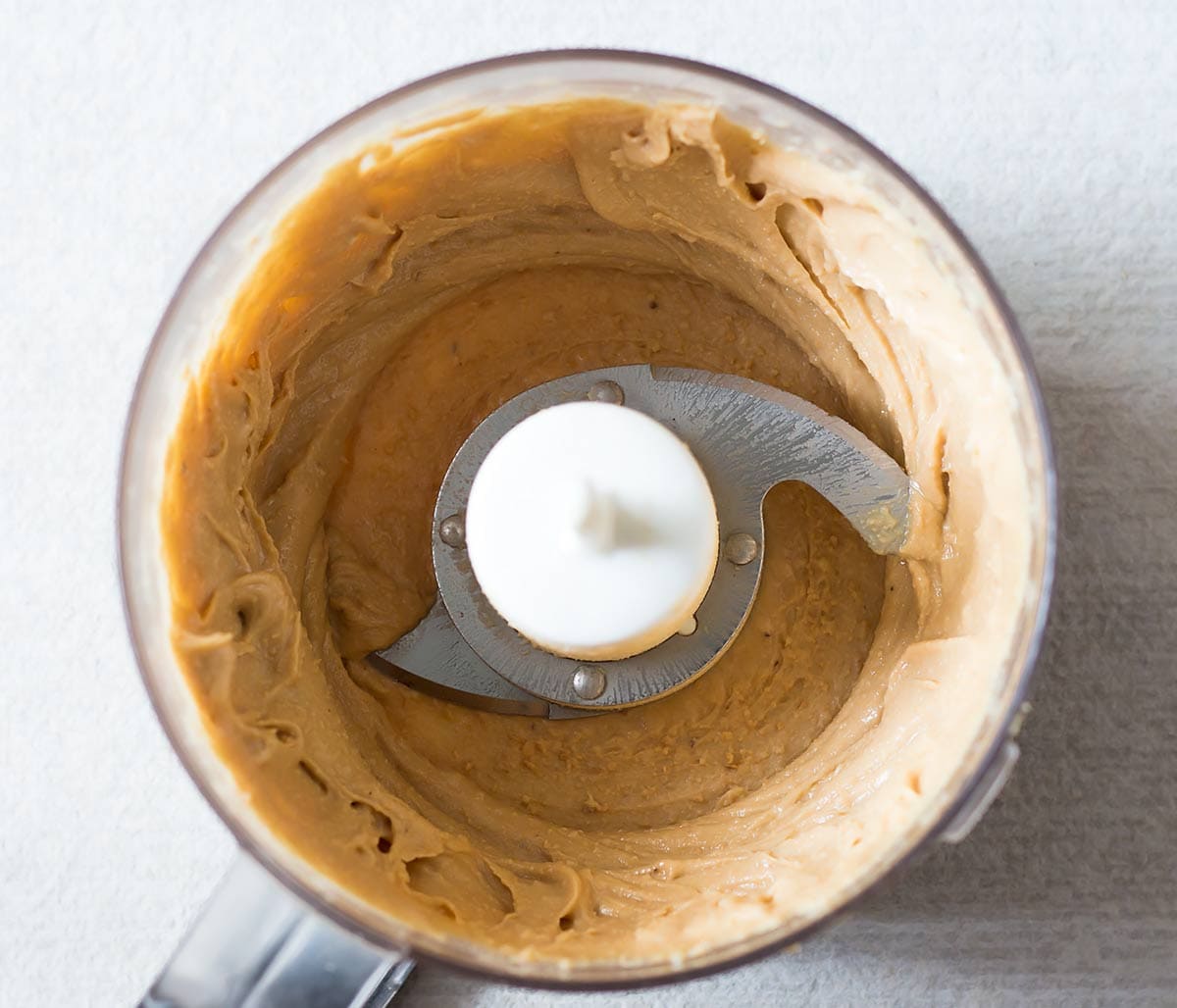 And just as suddenly as the nut butter ball forms, it breaks down again in a preliminary form of cashew spread. It is still a little too coarse and firm though, so keep on processing.

Until finally the homemade nut butter is completely smooth!

At any time you can stop the food processor and scrape down the sides of the bowl as needed. Depending on your food processor the process takes anywhere from 5-10 minutes in total.

It will be rather noisy in the beginning, but as the cashew nuts break down it will quiet down.

Cashew Butter in a Vitamix

You can also make cashew butter in the Vitamix blender. In that case I recommend using a tamper that can push the nuts moving around and down towards the blades.

When making nut butters with the Blendtec blender I always use the twister jar that is specifically designed for that purpose. 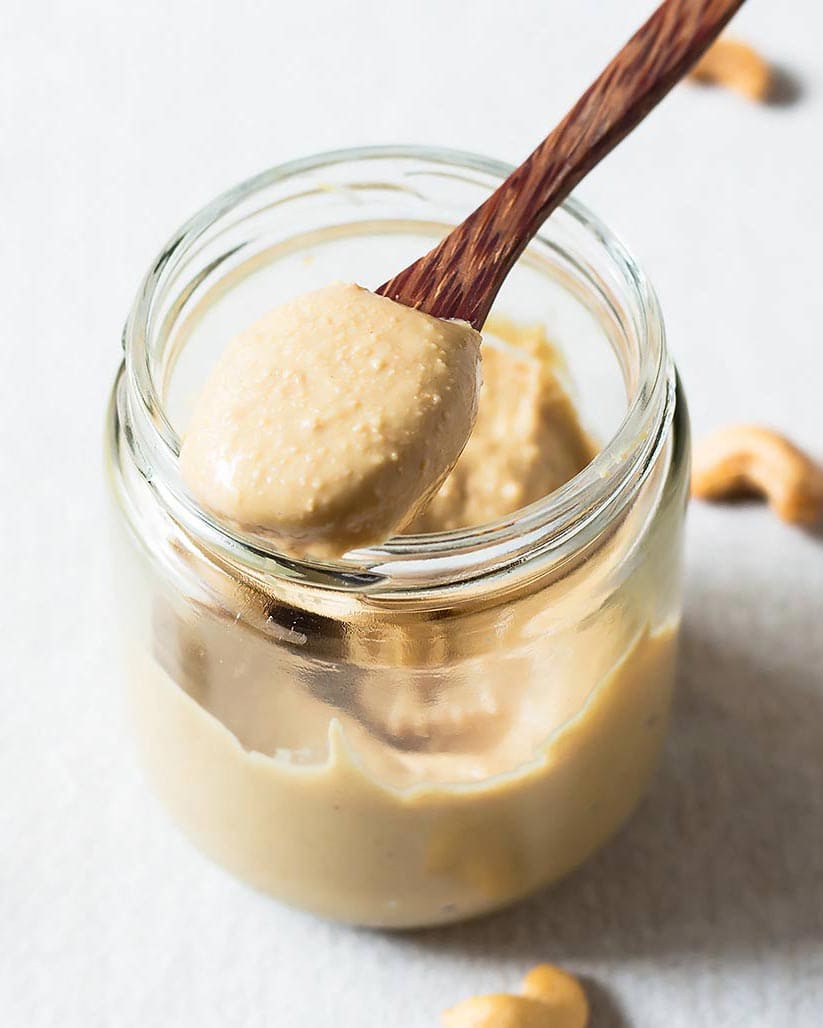 The process as described above makes smooth and creamy cashew butter. So there is nothing else to do for that.

If you prefer crunchy cashew butter, reserve a few whole cashew nuts and chop them with a knife. Or take out a few tablespoons when the cashews are at the very coarse flour stage (image below the whole cashews in food processor above).

How to Store Homemade Cashew Butter

Fill the healthy cashew butter into a glass jar or other storage container with a lid. Natural nut butters like this cashew butter recipe are best stored refrigerated to keep from going rancid or growing mold.

However, if you consume a fair amount of nut butter and go through a jar at a reasonable rate, it will also be fine if stored in the in a cool & dark place like your pantry. 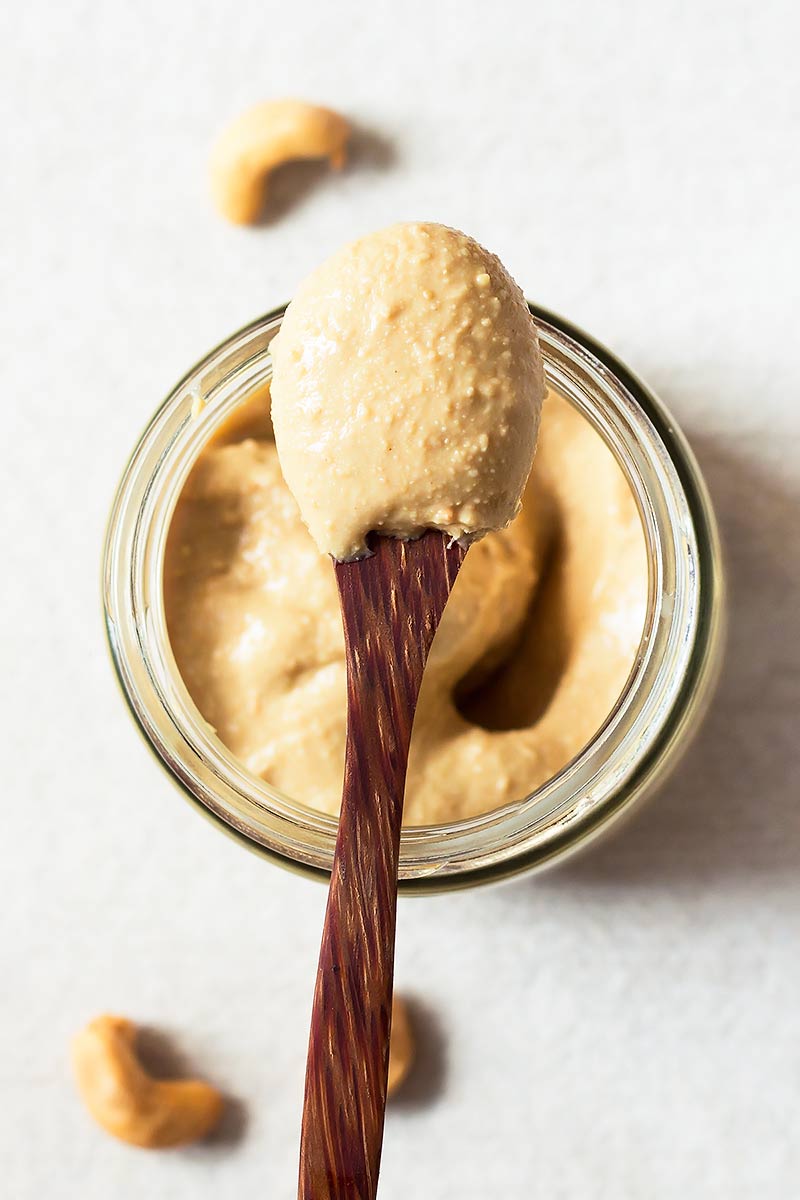 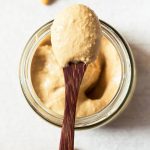 With this cashew butter recipe you'll learn how to make your own homemade nut butter in no time. Cashew butter is a fantastic spread and baking ingredient as well.

For small batches (1 cup of nuts, which yields about ½ cup nut butter) you could even use a food chopper.

High-speed blenders like the Vitamix and Blendtec can also make nut butters - usually with the help of a tamper, or by stopping and scraping the sides with a spatula occasionally