One of the biggest myths when it comes to healthy food is that if it's good for you (like coconut flour bread) it can't also be genuinely delicious. Nothing could be further from the truth though.

A slice of fresh homemade bread doesn't have to be full of carbs and gluten to taste good. With this simple paleo and gluten free Coconut Flour Bread recipe you can enjoy a delicious low carb and keto sandwich anytime you feel like it. 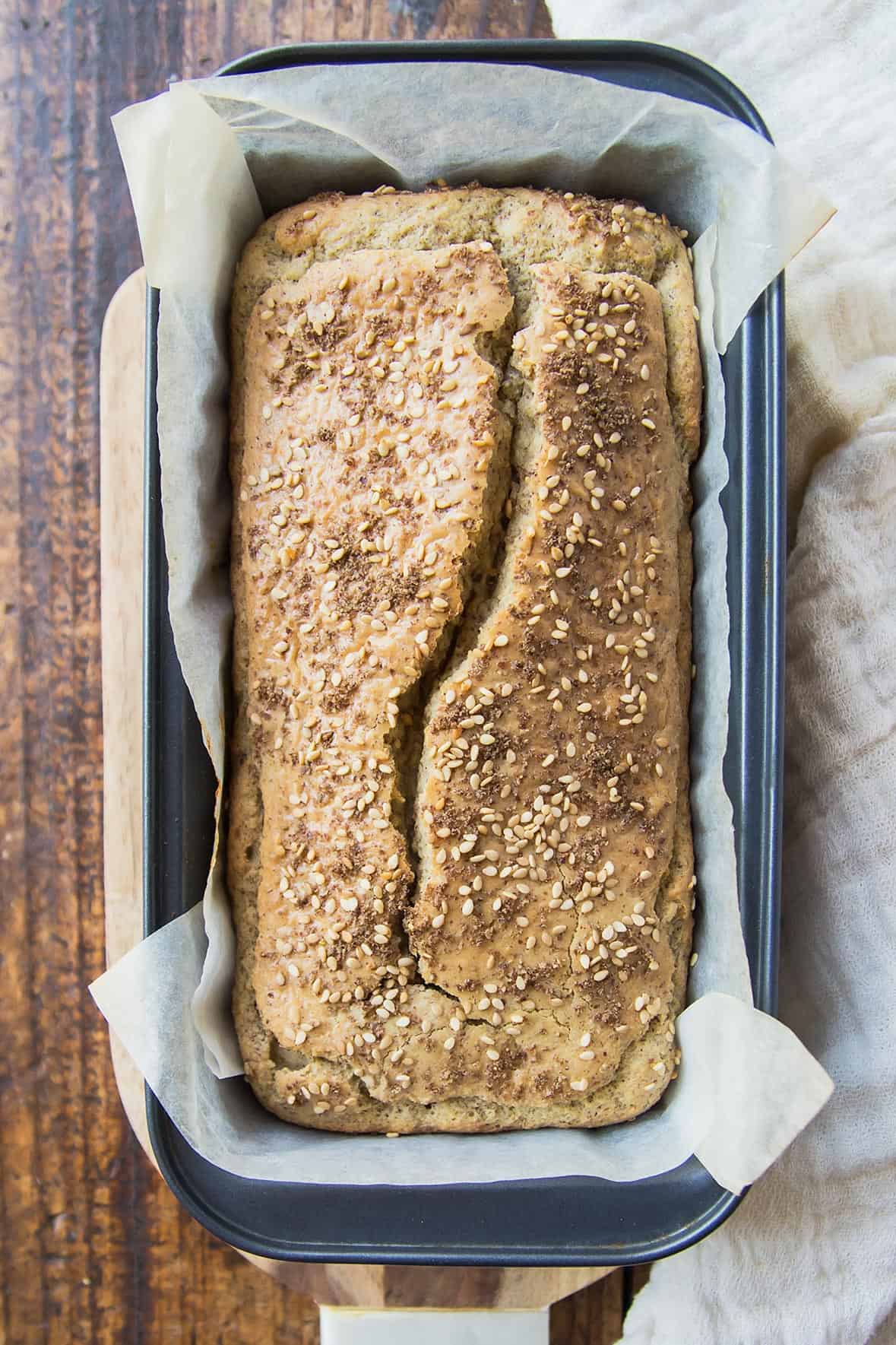 I've had a fascination with coconut flour for over 3 years now. The main reason being that everyone said it was difficult to work with - and it is, if you've never worked with coconut flour before and don't know what you're doing. It behaves nothing like traditional wheat flour and - consequently - it took me many months of experimenting to consistently get it right.

It greatly helped that my entire family absolutely loved the gluten free coconut flour muffins I had started making. After posting pictures and the recipe for them on this blog, they received a ton of raving comments. This ultimately lead me to continue experimenting and - slowly - figure out how to make delicious coconut flour mug cakes and pancakes as well.

Not long after publishing the eCookbook, I also wanted to figure out how to make bread using coconut flour. In fact, I've been testing coconut flour bread recipes for over 6 months now. Crazy, right? I know! 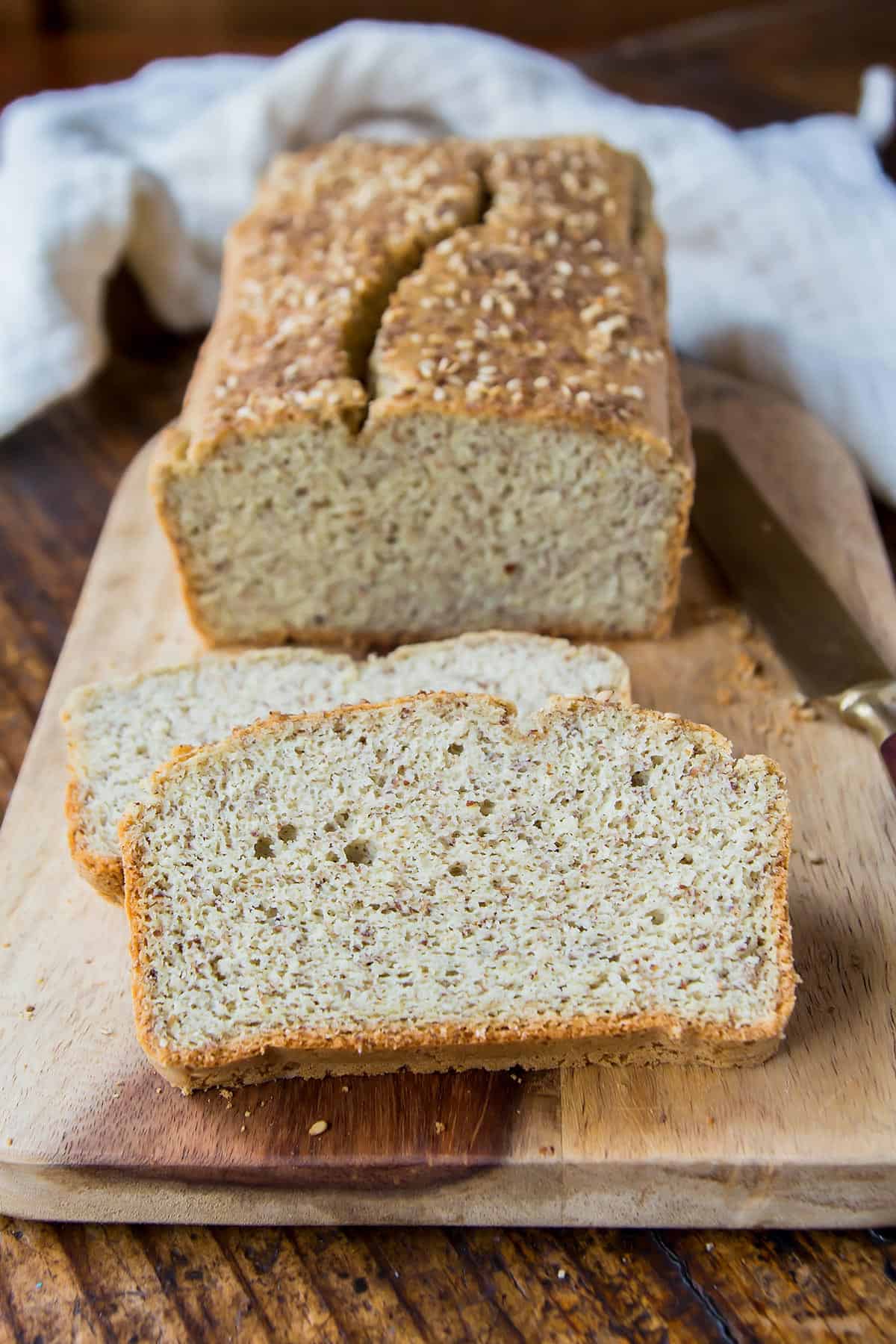 So - after many months of trial and error - I came up with this simple coconut flour bread recipe that is: 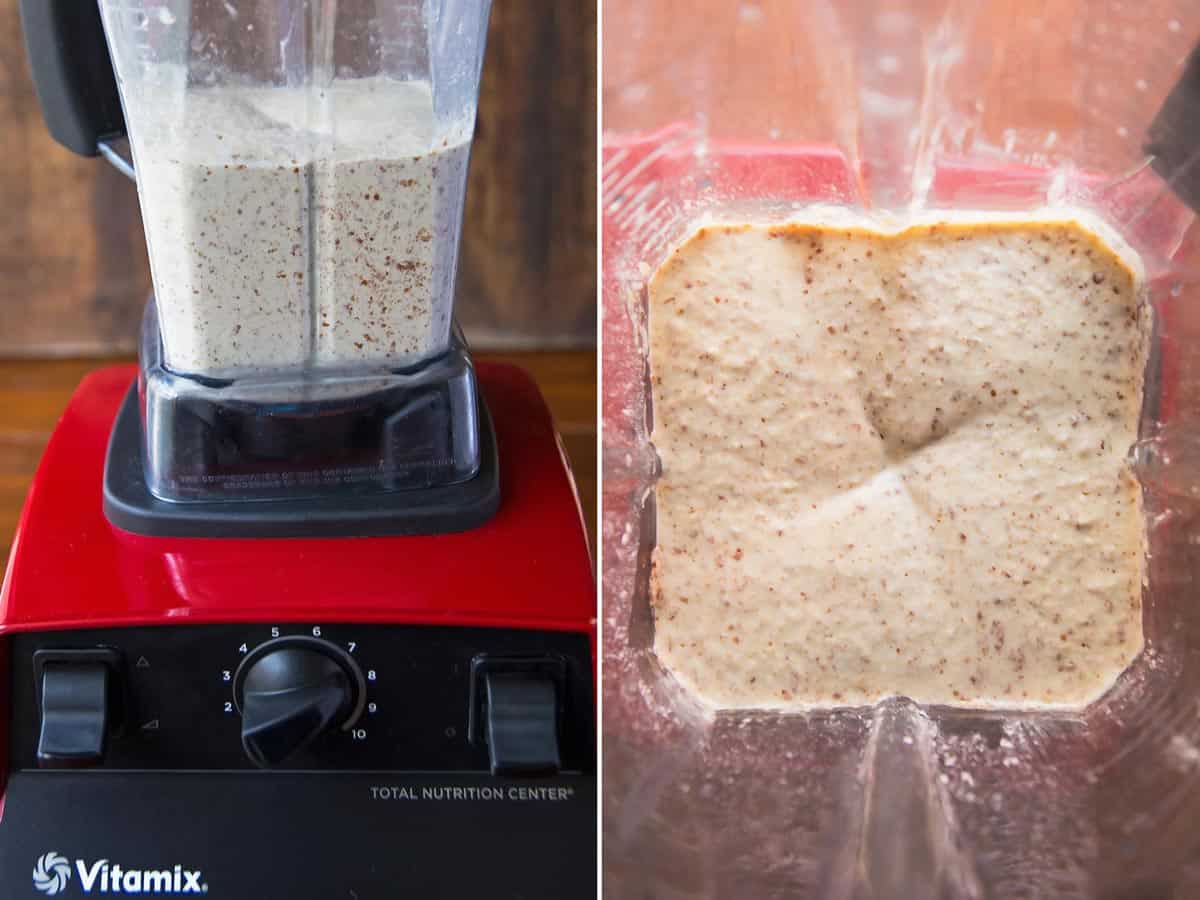 It's literally as easy as putting all the ingredients into a blender (I love my Vitamix for this), then pouring the batter into a parchment lined loaf pan. Since this is a gluten free recipe there is no danger of 'over-developing' the gluten in the blender.

If you don't have or don't want to use a blender, you can also mix the batter by hand with a wooden spoon or your handheld mixer. 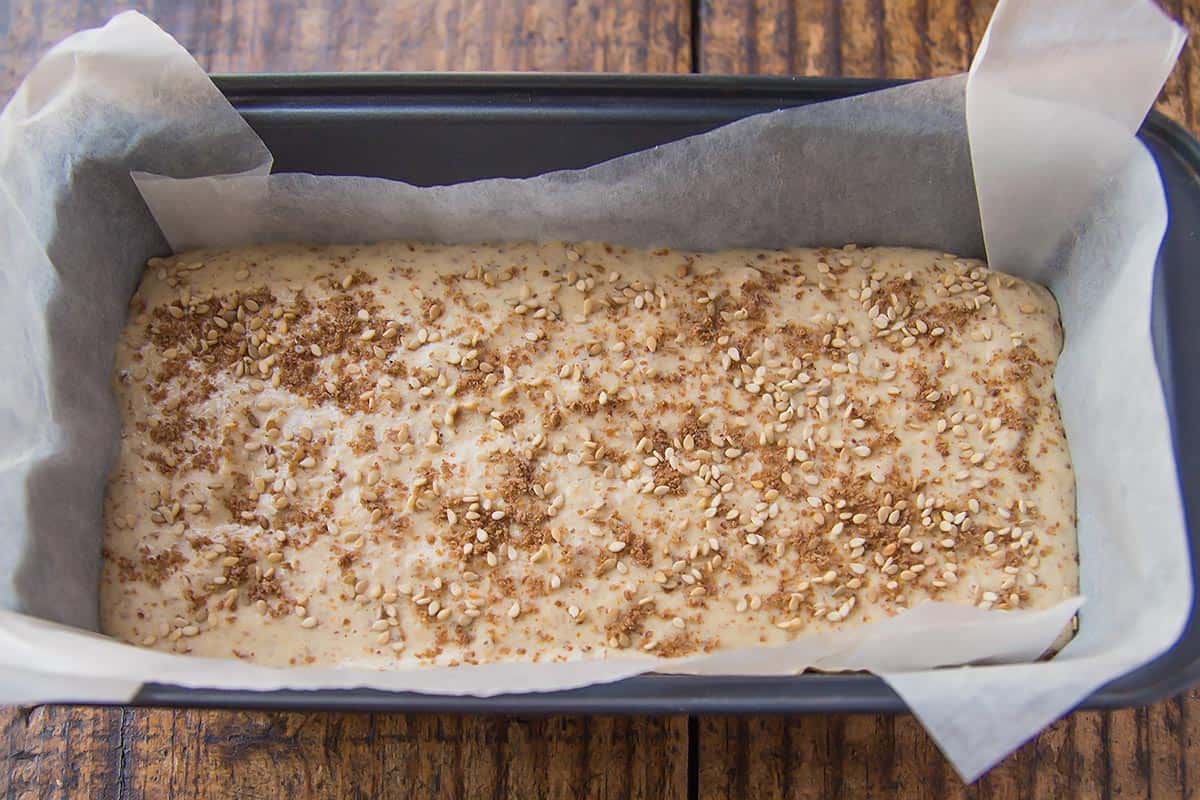 It's because I know life is busy for all of us - me included. And fewer dishes to wash are always a good thing! 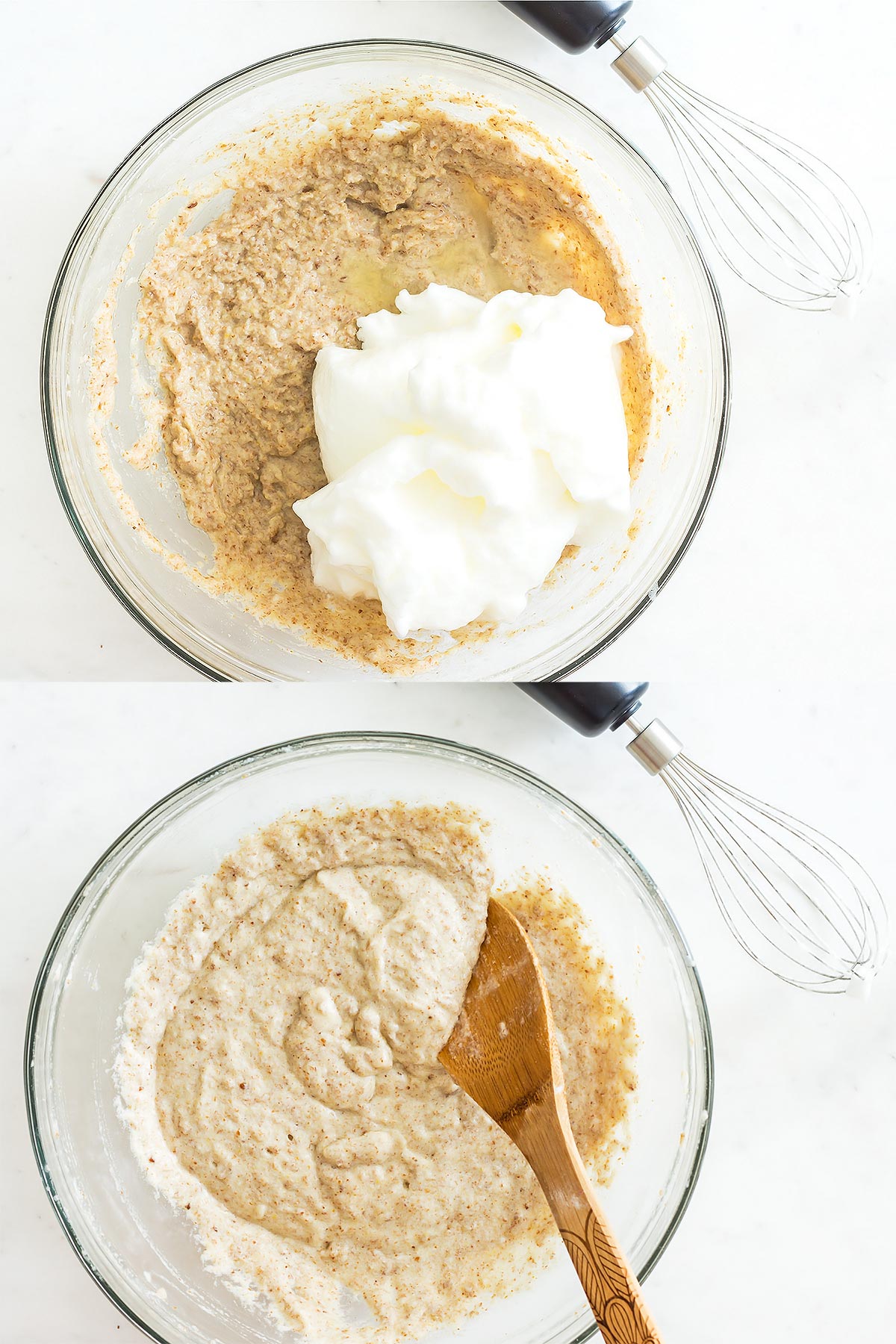 It is really important not to stir or whisk too vigorously here, since you don't want to deflate the egg whites again. At this point I noticed that the batter did indeed look lighter in colour and airier in texture. 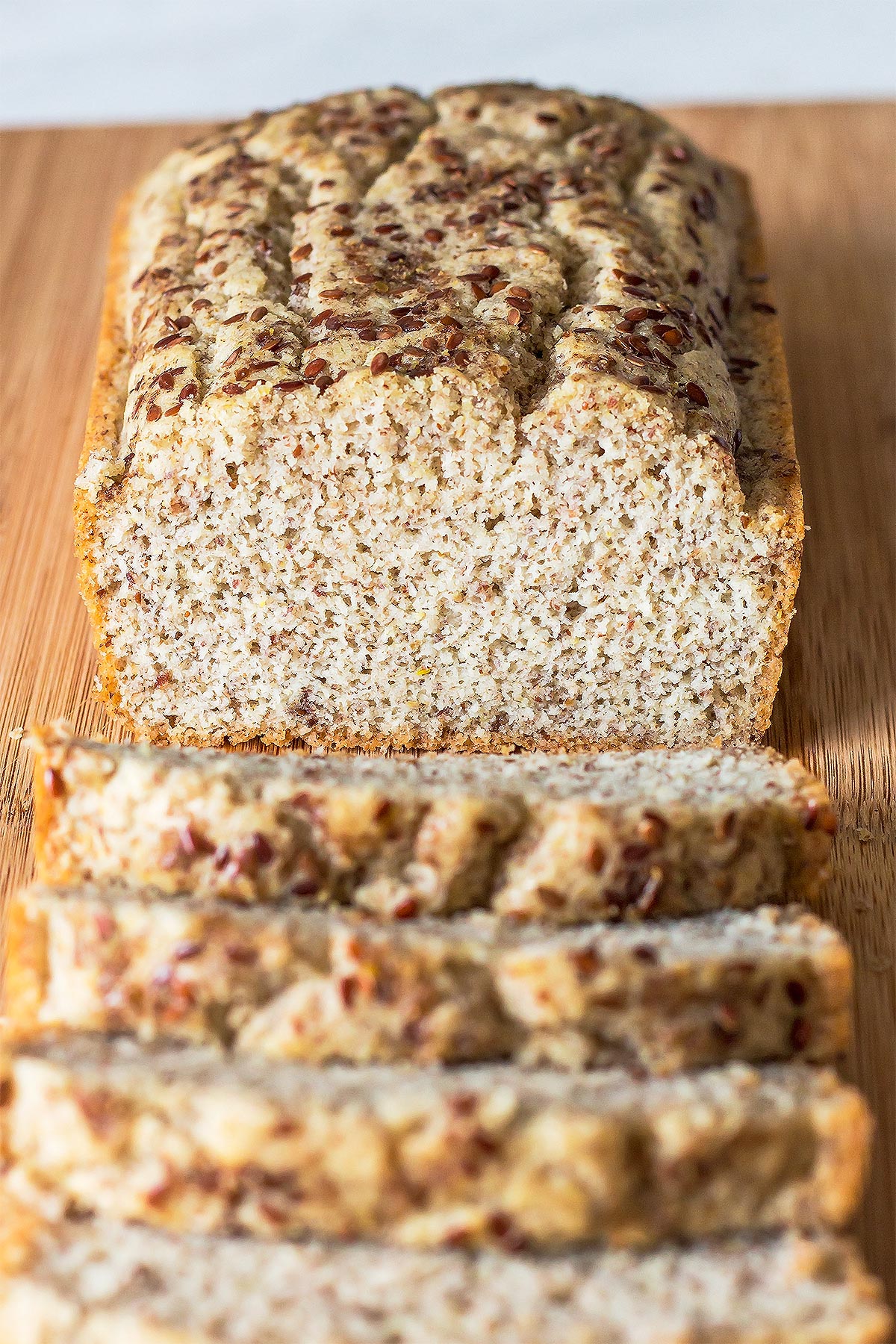 Going forward I'll continue separating the eggs and whisking the egg whites for this recipe - when I have the time! I think it is worth the extra step and cleanup.

enser) bread when leaving the eggs whole or with my extra quick & easy blender method. 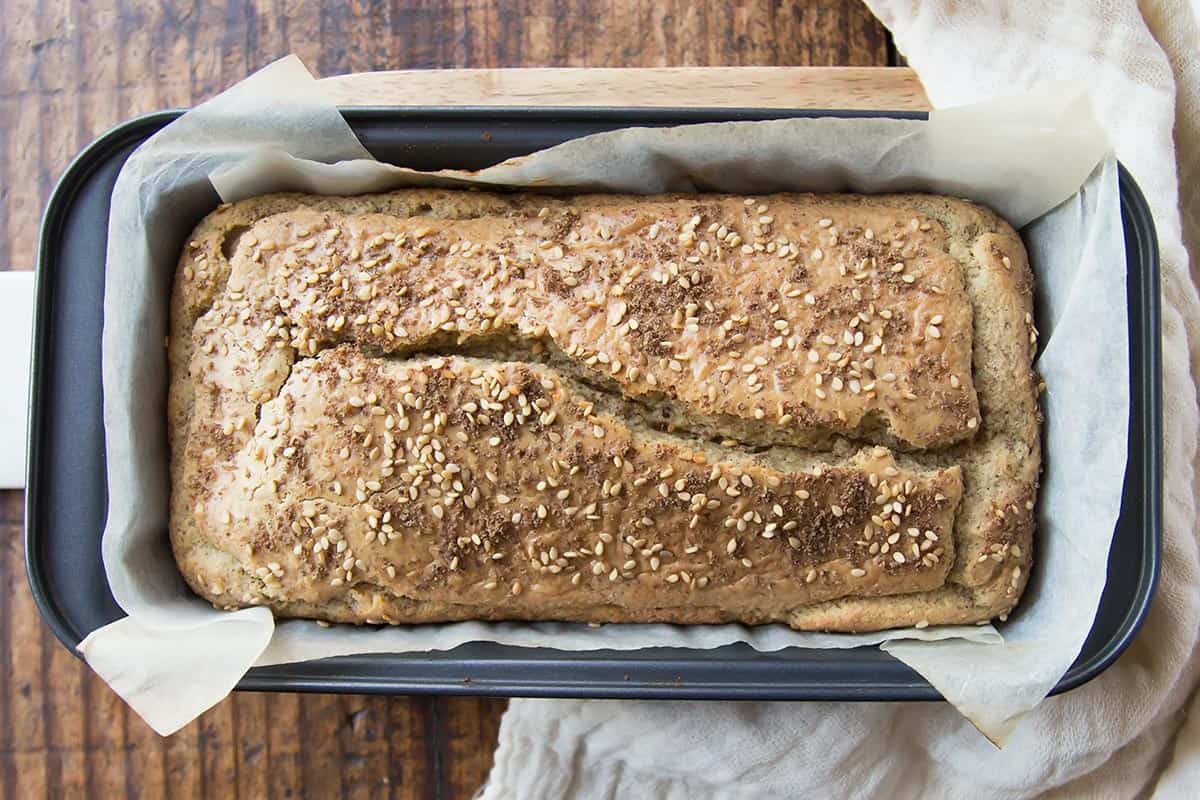 Originally, I developed this bread to make a delicious gluten free and paleo substitute for wheat bread. Then I realized that there was a lot of interest for this recipe from the low carb and keto community.

The recipe can be considered low-carb as it is written, with about 3.3 g net carbs per slice.

To make it strictly keto as well, the tapioca starch (arrowroot powder) needs to be omitted. So does the honey. I've tested the bread with keto substitutions (or omissions rather) and it still comes out delicious.

With keto modification (no starch, no honey) the carb count goes down to 1.5 g net carbs per slice.

Coconut flour bread is very filling (dense) and I have a feeling you will not eat it all in one sitting. So the only thing more important than how it's made, is how it's stored.

I've tried storing bread made with coconut flour at room temperature, but unwrapped it dried out very quickly and wrapped it spoiled within 2 days. Probably due to the high egg and moisture content.

The best way to store this coconut flour bread - in my experience - is to wrap it tightly and put it in the fridge. I've used ziploc bags but I suppose you could use a regular plastic bag, any airtight container with lid like tupperware, or - my personal favorite - a Beeswax Food Storage Wrap

Coconut flour absorbs a ridiculous amount of liquids. Meaning bread made from coconut flour is going to be very different from store-bought bread. In fact, if you're hoping to end up with something as fluffy as white Wonderbread, you will be disappointed.

It simply does not happen and scientifically can not happen just because coconut flour is inherently a lot denser, more filling, and more nutritious than wheat flour. With that said, it hasn't been an issue with anyone in my household (despite them all being big bread eaters).

This paleo bread substitute is indeed a substitute, but it is delicious and holds up well as toast with your favorite toppings (we love almond butter) and can even make a very satisfying sandwich. 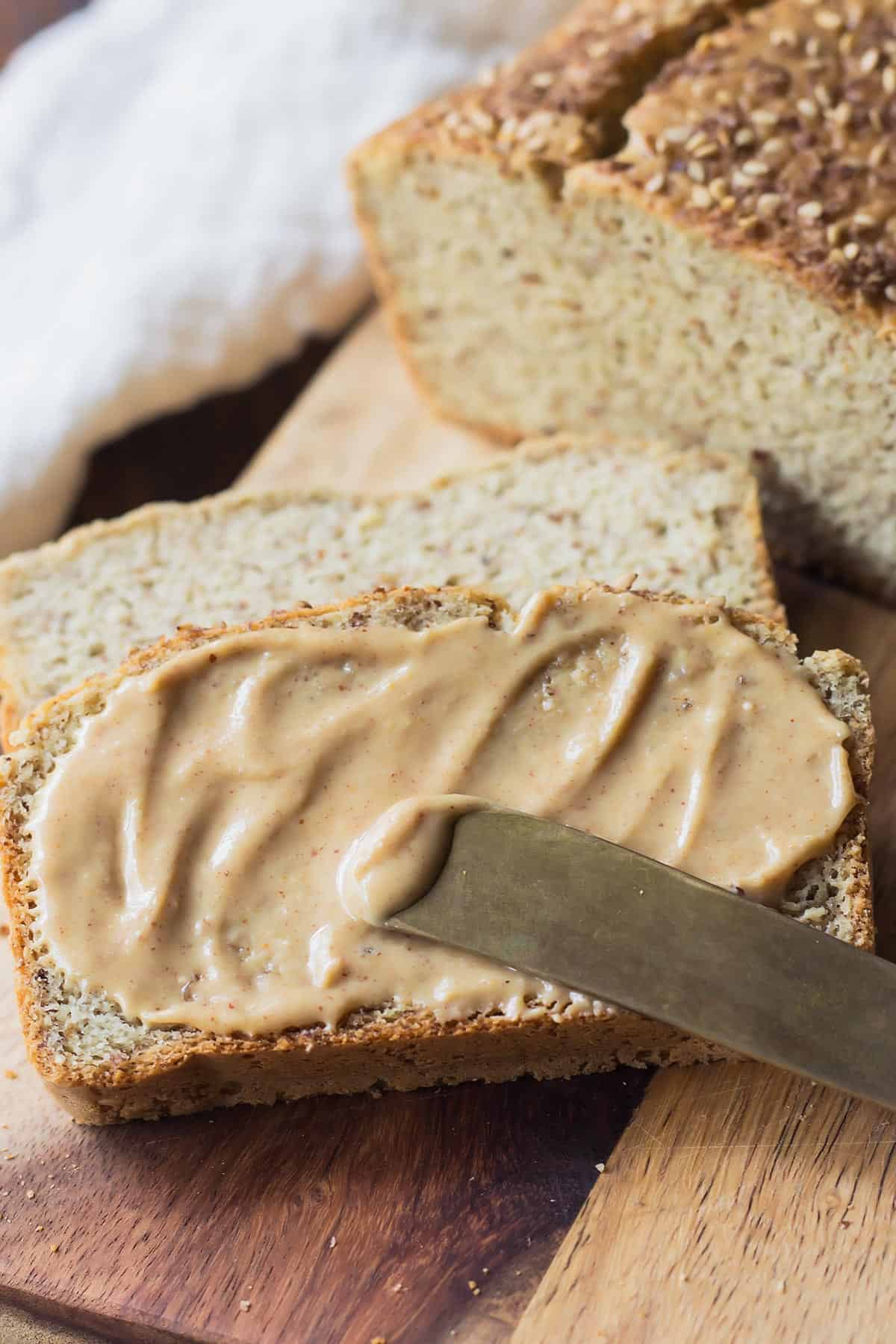 First of all, because I recommend storing it in the refrigerator, I also highly recommend lightly toasting the bread slices before eating. This way you won't be eating cold bread and you'll have the bonus of adding a lovely - lightly crunchy - texture and light brown colour to it. Yumm!

And secondly, you need to slice this low carb sandwich bread a certain way. Because this keto bread doesn't rise super high, slicing it the usual way doesn't leave a lot of surface area.

Reader Shelly A. left a comment sharing a great workaround trick that's just pure genius. I've been using it ever since.

Slice the entire bread vertically into 2-3 big pieces. Then slice each piece horizontally into 4 slices. You get a lot more surface area that way - perfect to hold anything from ham and cheese, tuna salad, lettuce, etc. 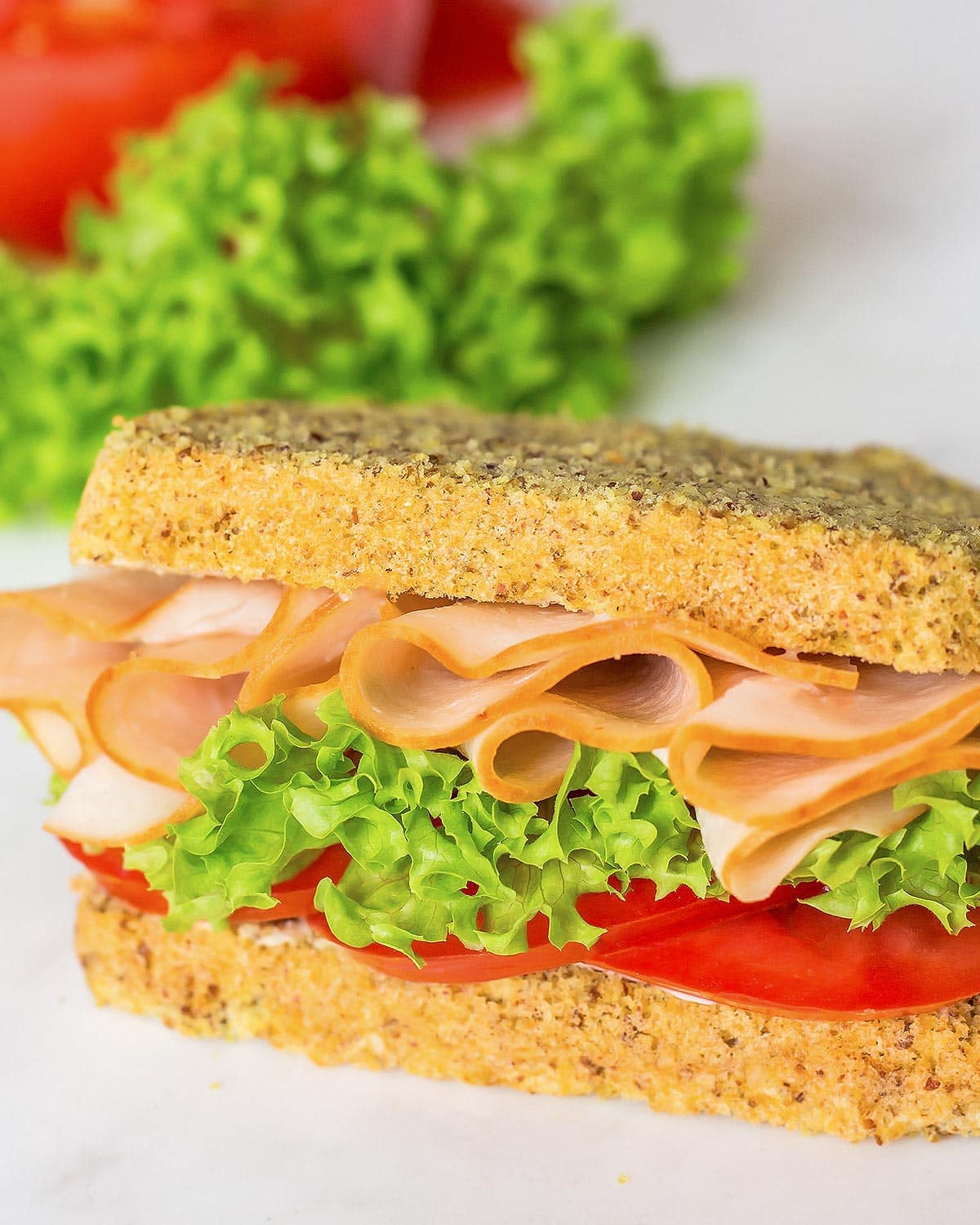 And for a burger bun style version of this recipe, be sure to check out my Coconut Flour Buns recipe.

Compared to many other coconut flour recipes, this one actually uses very few eggs. Looking at other ingredients lists I've seen anything from 6 to 12(!) eggs used per bread recipe. 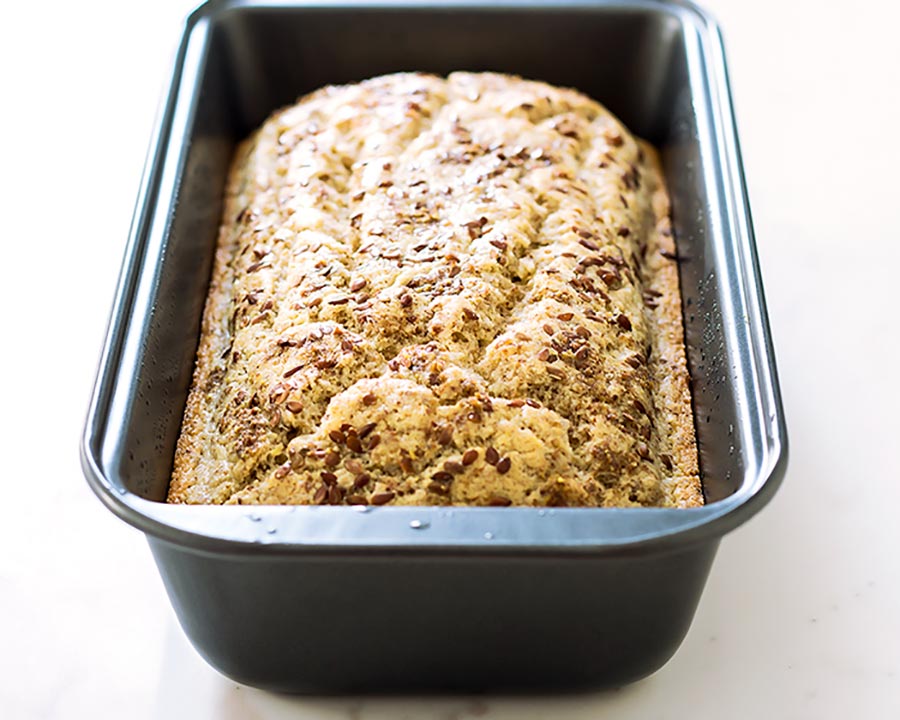 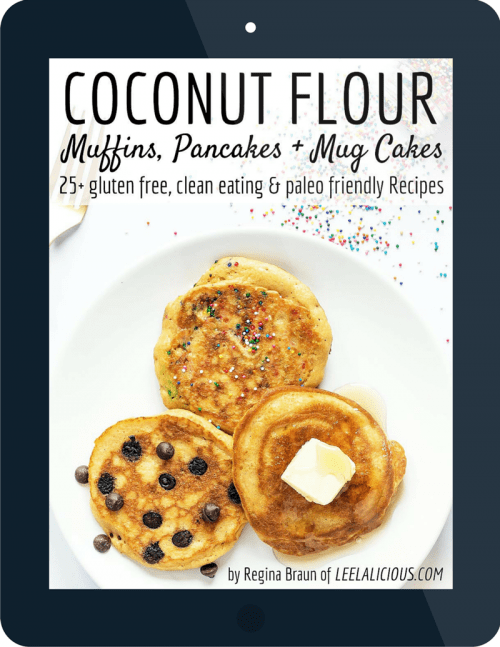 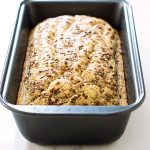