You are here: Home » General » History of Popcorn

Popcorn has delighted us for generations. It’s our favorite theater snack, a comfort food at home, and a near endless way to entertain children. Popcorn has been around for thousands of years, and has been used in a variety of different ways. From worshiping gods to becoming a snack, the evolution of popcorn has been a unique and interesting one. 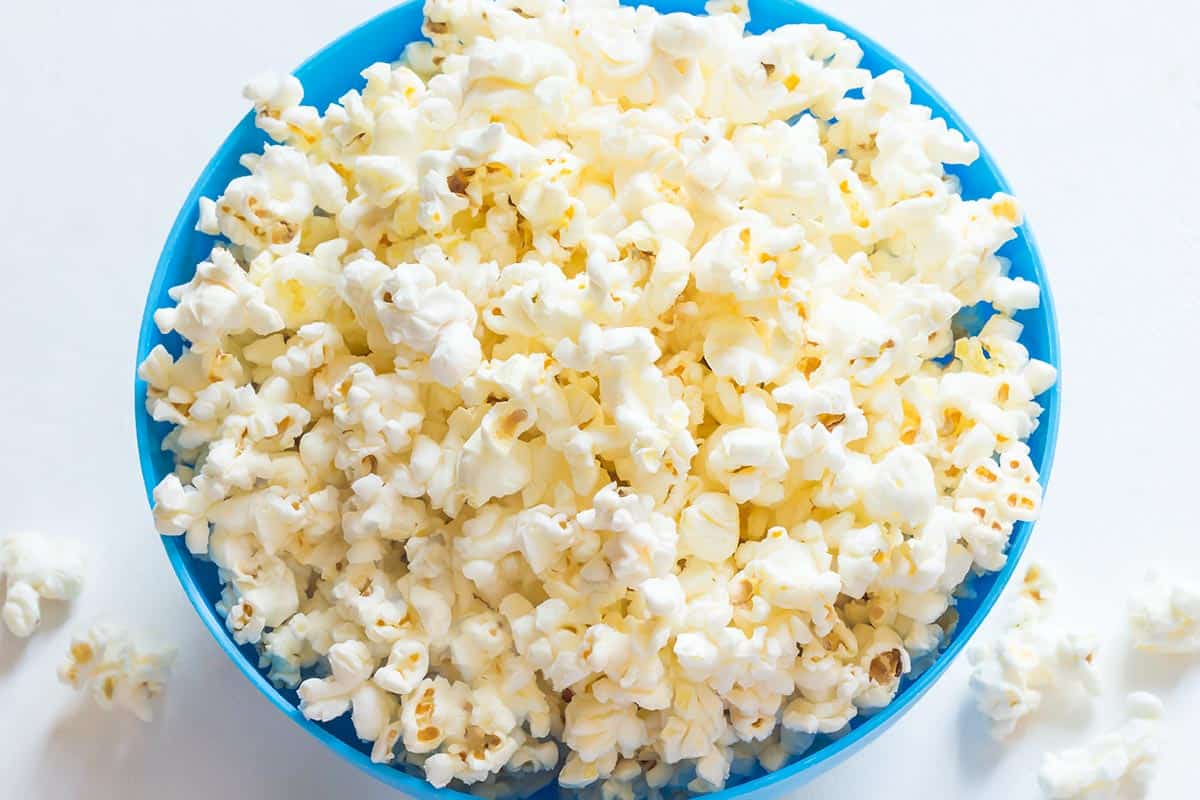 The earliest indication that popcorn was in use comes from funeral urns dating back to 300A.D. These urns found in Mexico showed the maize god with a headdress of popped popcorn. Popcorn was also used in decorative costumes and in offering to the water god.

When Cortez and his conquistadors first visited the Aztecs in the 16th century, they also got their first sighting of popcorn. Popcorn was an important part of their religious rituals related to the gods. Young women would dance a “popcorn dance,” and decorate themselves with headdresses and necklaces of popcorn.

For them, corn itself was a major food source, so keeping the maize god happy, and the water god that kept the crops hydrated, was of serious importance. 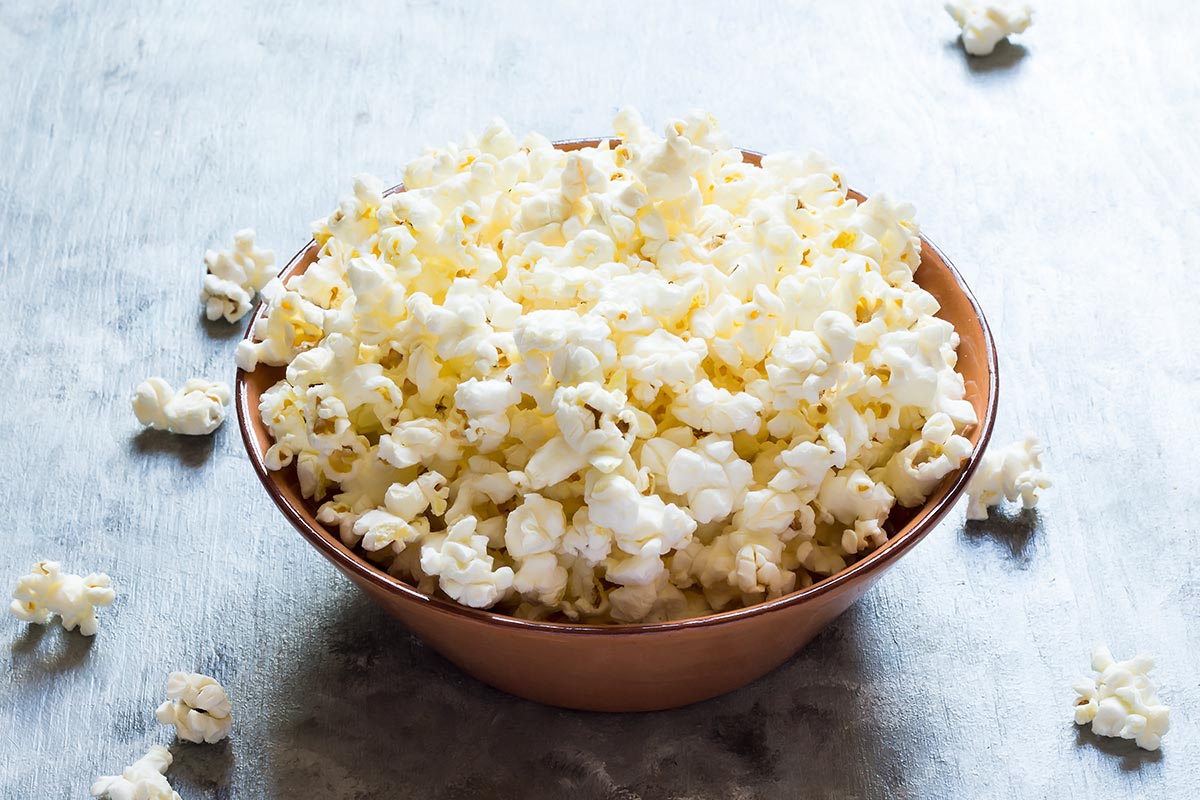 By the time colonists arrived in North America, popcorn was well established in many native american tribes. French explorers watched the Iriquois prepare it with great fascination. The native tribe would heat sand in clay pots, and then pop the popcorn in that. The explorers were stunned to see the tough kernels of corn become soft, flower like pieces of food. While there are no records of what they thought of the taste, there’s little doubt they found it wonderful.

The Iriquous probably weren’t the only native tribes to have popcorn. Pueblo indians were likely to have had popping corn as well, and probably many others who lived close to Mexico. While some say popcorn was served at the first Thanksgiving, its unlikely east coast native Americans had popcorn.

One thing is for certain though, colonists did eventually adopt popcorn, and began cooking and eating it regularly. It was eaten as a cereal, a snack, and as a sort of kettle corn using molasses.

It rapidly became a popular snack, but it didn’t really take off until the first popcorn machines were made in the 1890s. A man by the name of Charles Cretors first invented a popcorn machine that cooked popcorn uniformally using a steam engine. He chose to create it after purchasing a peanut roaster, which he found to be unsatisfactory in design. A tinkerer at heart, he got to work improving it until the peanut roaster could do a lot more than just roast peanuts.

When he finished with his popcorn machine, he tested it out by dragging it on a cart to a busy area, and giving away bags of hot buttered popcorn as samples. His efforts were an instant sensation. After just a few days of sampling, people were lining up to purchase fresh, hot bags of popcorn.

His invention also got the attention of a salesman, who offered to start selling popcorn machines in his territory. A deal was struck, and the rest was history. The world would begin to see popcorn machines everywhere.

Here is a list of 10 of the most popular types of popcorn machines available today! 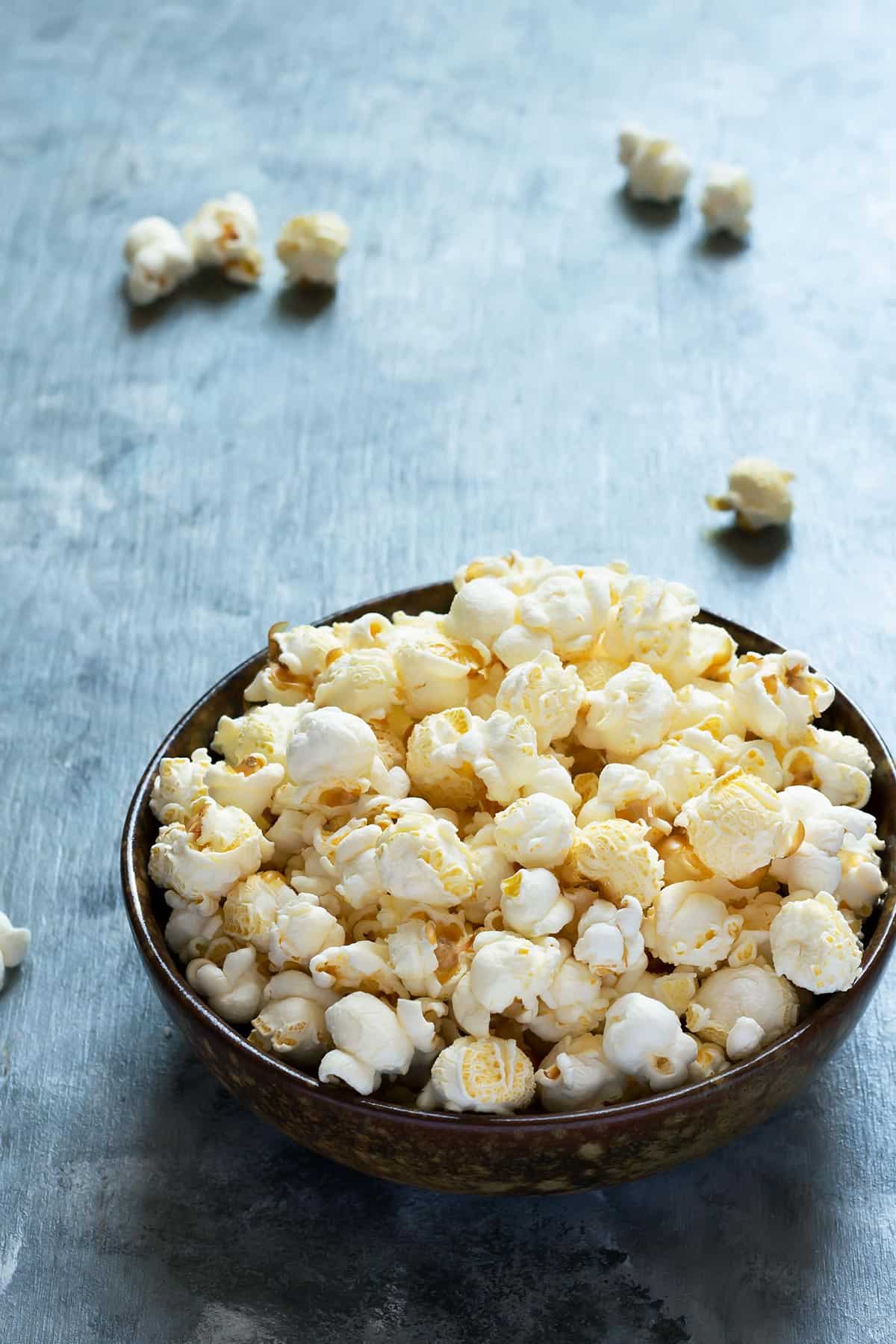 Popcorn machines made it easy to prepare hot, fresh popcorn on the go. Since they no longer required being hand popped in a pan, vendors could take them to crowded places and sell bags of popcorn quickly and easily with rolling carts.

Just as things were looking up for popcorn vendors, the Great Depression hit. A stock crash put many people out of business, and jobs suddenly became scarce. With 1 in 4 Americans out of work, many people didn’t have enough money to buy food. Farmers found they couldn’t sell their crops, because fewer people could afford to buy them. This placed a terrible strain on everyone, and many farms went under.

Just when it seemed things couldn’t get any worse, farmers in the midwest suffered from a terrible event known as the dust bowl. For over a decade, they had been deeply plowing their fields to get at the rich, virgin top soil found in the area. What farmers didn’t realize is the tough grasses with their deep roots had a purpose. They held down the top soil during times of drought and high wind.

Drought struck, and so did high winds with “Black blizzards” stripping away the top soil farmers had been using for their crops. In a blink, whole crops were lost, and the soil along with it. Many more farmers, already struggling because of the Depression, were ruined, and food became scarce.

This spelled disaster for almost everyone – except for popcorn growers. A bag of popcorn sold for five to ten cents, making it affordable for almost everyone to enjoy. Rather than dwindle like so many other crops, popcorn became more popular than ever. Farmers who couldn’t sell normal crops could get by with selling popcorn, helping at least a few farms stay afloat when they would otherwise fail. Popcorn’s success was so great, it even found a place in the theater.

Before the Great Depression, movie theaters refused to let popcorn into the building. If you were to purchase a bag of popcorn from a vendor outside, you were required to check that popcorn in with your coat. While it is likely a few people managed to sneak their popcorn in, for the most part, popcorn was contraband.

The depression made it harder to sell tickets for movies. Hard pressed to come up with a way to earn extra income, theater owners turned to popcorn. Some started opening up their lobbies to vendors, and allowing them to sell popcorn inside—for a fee. One even installed commercial popcorn machines in the lobby themselves. The theaters that allowed popcorn in them survived the Depression. Those who still refused did not. This brutal method of survival may have been the end for many theaters, but it certainly paved the way for popcorn as a major movie snack we still eat to this day.

Popcorn remained extremely popular through World War II, when sugar was saved for soldiers and candy was no longer readily available. During this time Americans ate three times the amount of popcorn as they did before. When the war ended however, popcorn saw a bit of a slump. With TV becoming more common in the household, and movie attendance at an all time low, things looked bad for popcorn.

That all changed with the invention of microwavable popcorn. Popcorn had been used extensively to test the microwave oven, created shortly before, but in order to be successful microwave popcorn needed to come in some sort of bag. One that wouldn’t catch fire or cause other problems. General Mills is credited with creating the first microwavable popcorn bag, with men on their team researching ways to make popcorn cheap and convenient for home use.

It wasn’t until Act I popcorn came out that we began to get microwave popcorn as we know it today. The General Mills popcorn bag was just popcorn and the bag. The Act I popcorn included real butter, and had to be kept in the refrigerator. It was the first popcorn to have the condiments already included. Act II is still sold today, and is named so because of the shelf stable oils that make it safe to keep out. 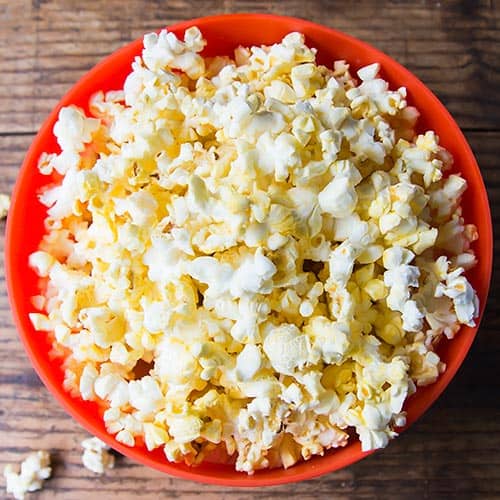 Microwavable popcorn saved the industry, and to this day remains the bulk of what Americans consume. Over 70% of all popcorn consumption is done at home, despite how ubiquitous it is to eat popcorn with our movies. Without microwavable popcorn, this popular snack may well have disappeared.

Today, the global popcorn market is worth 12 billion dollars. Popcorn has spread from just a cheap treat sold with butter and salt, to a gourmet food served in specialty shops as well. We consume billions of quarts of popcorn every year, and even have festivals surrounding it.

The Marion Popcorn Festival is one of the top 100 largest annual events in North America, and still runs to this day. Held in Marion, Ohio, it attracts over 250,000 people. The festival includes parades, recipes, and even a pageant.

Popcorn has become part of the fabric of modern living, and it all started thousands of years ago, as a food and a decoration, millenia before the first popcorn machine ever existed. We can’t say for sure what the future of popcorn will be, but we can safely say it will probably be a bright one. No matter what the world seems to throw at popcorn, it always seems to come out on top as one of the most successful foods of all time.