This Lagman recipe is for a flavorful noodle soup from Central Asia. The aromatic broth is filled with vegetables and beef strips. 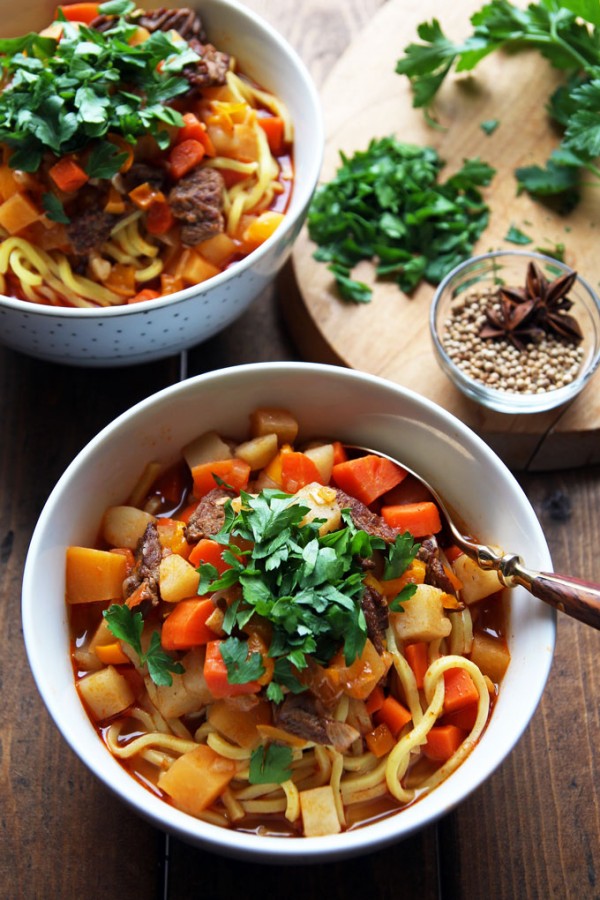 These are my absolute favorite posts, when I get to share with you a traditional recipe that I ate growing up. My mom usually cooks these meals off the top of her head, so it is very exciting to me being able to put measurements to these recipes, so I and everyone else can recreate them.

However, this is also a little intimidating. These recipes are authentic to me, because this is the way I grew up eating them. But I also realize that someone having grown up with a similar food tradition may feel these recipes aren't authentic at all, because they deviate from their family recipe. Though I hope we can all embrace each others food love, even in its differences.

My mom was born and grew up in the Central Asian part of Russia. Lagman is a flavorful veggie noodle soup that is eaten in a number of countries from Uzbekistan and Kyrgyzstan to Turkmenistan. Wikipedia says it is originally Uyghur - an ethnic minority group of the region. 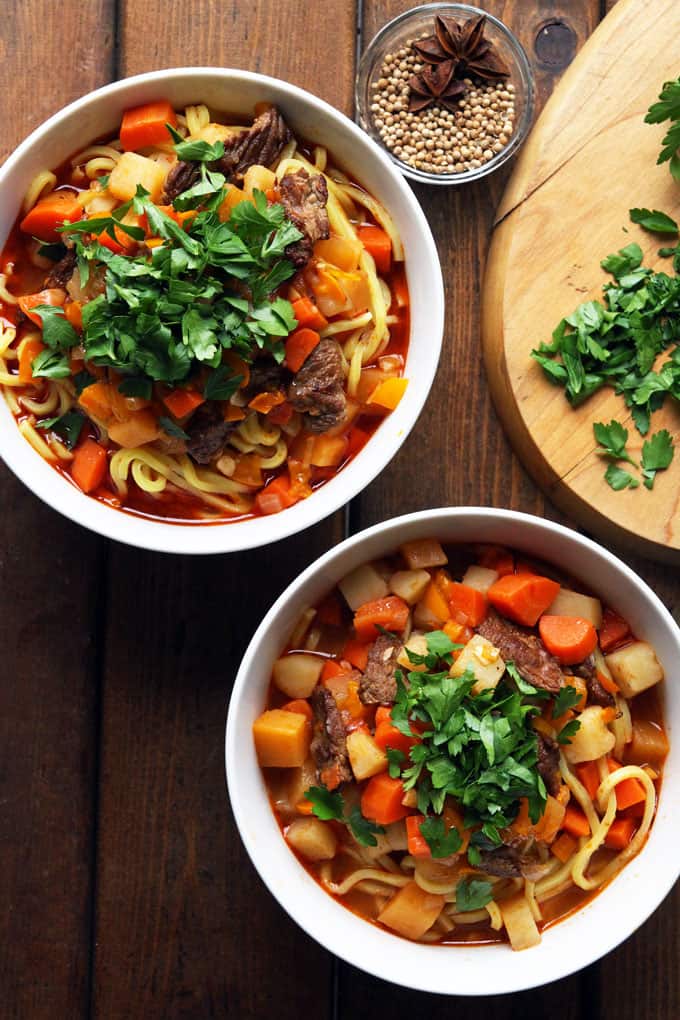 In research for this Lagman recipe, I observed and took notes while my mom was cooking. I also found a cookbook of traditional Soviet recipes on her shelf. And then there is, of course, the interwebs with its endless stream of information.

It seems that lamb is usually used in Lagman, but beef is a common substitute. Traditionally, the noodles are handmade in a unique way of pulling the dough. I found this cool video here. But I always grew up with spaghetti, linguine or fettucine in Lagman. Fresh dough noodles are better than dry pasta.

When I set out to make Lagman by myself for the very first time, I found these fresh Chinese noodles in my grocery store, and figured they would be as close as I could come to homemade noodles. I think, even fresh Udon noodles will work. For the meat portion of this soup, use a cut with bone. Cooking the bone makes for such a flavorful broth. 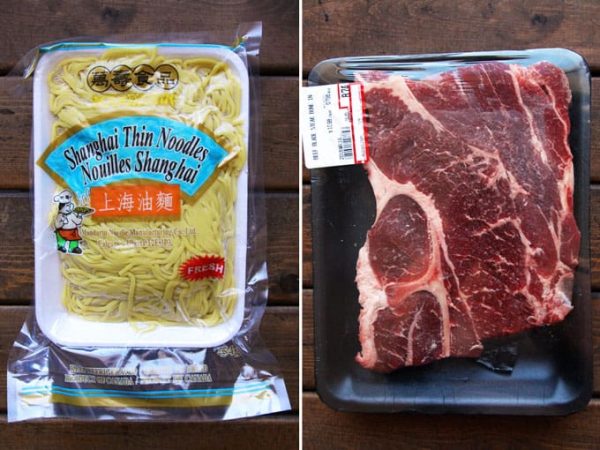 Nearly Any Vegetable Can Be Used in Lagman

The specific vegetables for the soup seemed to be different in every single recipe I found. We always use carrots, potatoes, bell pepper, tomatoes and rutabaga. My mom says the rutabaga is just a substitute for a root vegetable that is very specific to Central Asia and usually found in Lagman.

I've seen others use turnip, daikon or even a bunch of little radishes instead. The rutabaga makes for a sweeter soup as opposed to a radish-like veggie. Additionally, others also use celery, eggplant and whatever other vegetable they might have on hand. This really isn't a strict recipe. Coriander seeds and star anise are the stars that flavor the broth.

The noodles are cooked separately, then placed in a deep bowl and topped with the vegetables and beef and as much broth as desired. Some like it drier, while others (like my husband Konrad) like a LOT of broth when eating soup. 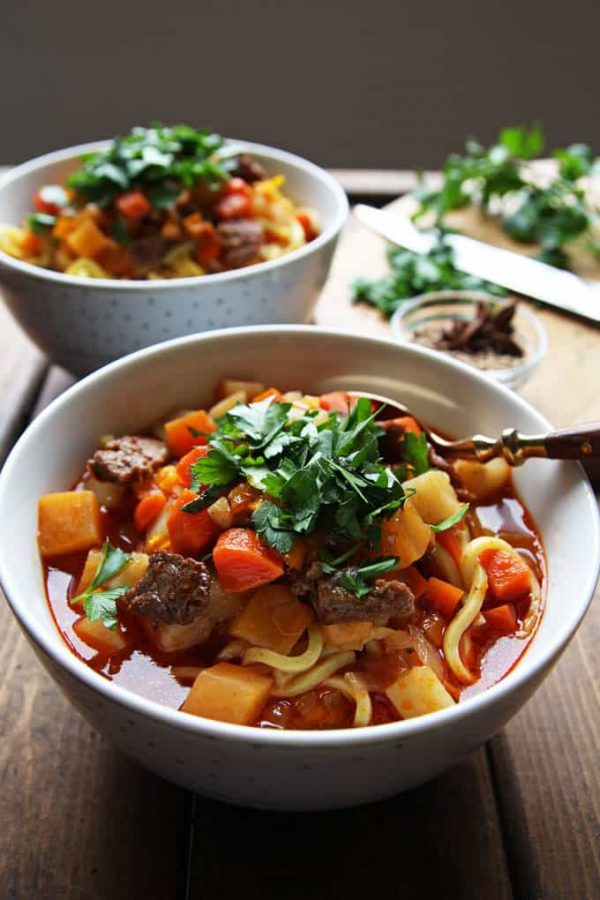 Top Off the Finished Lagman with Herbs and Serve!

Traditionally a bowl of Lagman is served with a bunch of chopped cilantro, fresh minced garlic and fresh chili slices.

To adapt it to our preference, I add the garlic and some chili flakes while cooking the soup. And since neither Konrad and I seem to be born with the cilantro-liking gene, some coarsely chopped flat leaf parsley makes a good stand-in.

I hope that even if you didn't grow up with Central Asian food influences, you'll give this delicious, aromatic and filling Noodle Beef Veggie Lagman soup a try. I know you will not regret it! 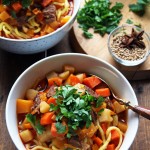 This Lagman recipe is for a flavorful noodle soup from Central Asia. The aromatic broth is filled with vegetables and beef strips.

Products Used in this Lagman Recipe 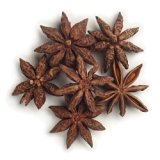 For more recipes with Russian/Soviet background, check out: