When prickly pear fruit are in season, this prickly pear syrup recipe is a wonderful way to use them up. The syrup is ideal to mix into drinks like margaritas and plain or sparkling water, but it can also serve as a flavourful drizzle on pancakes and ice cream. 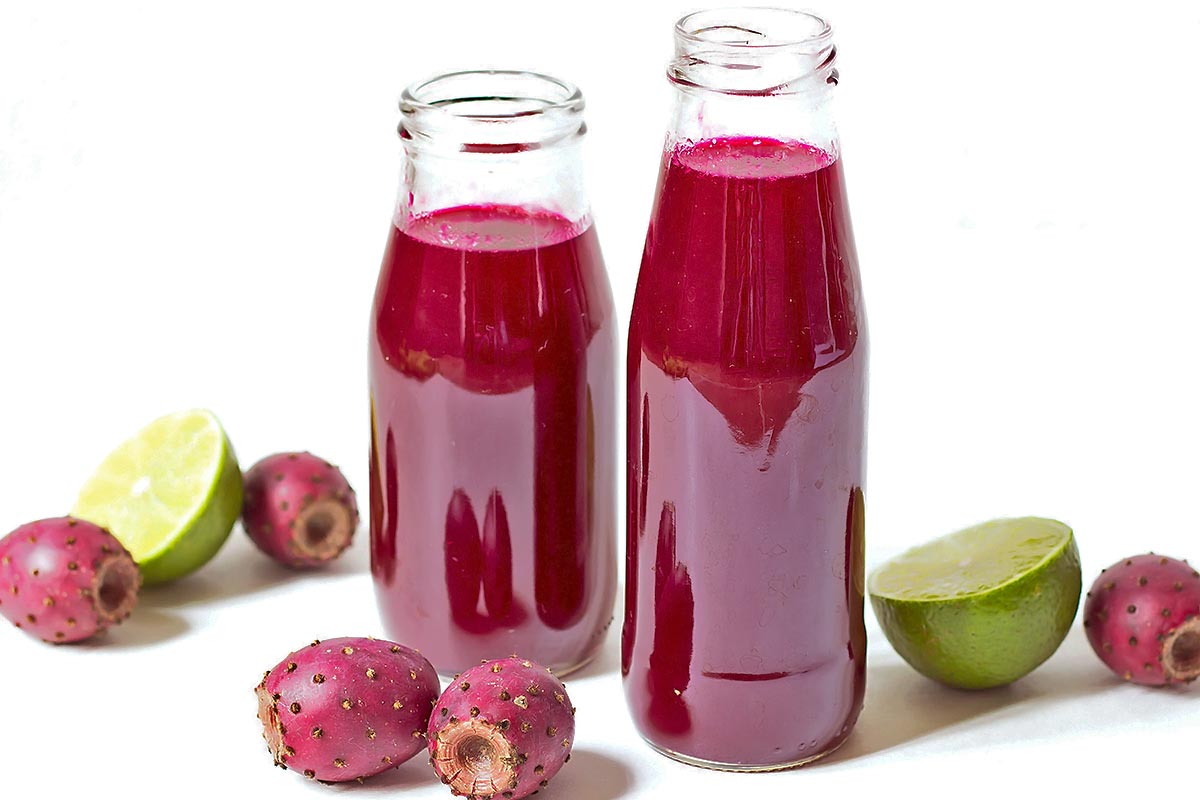 What are Prickly Pears?

Prickly pears are oval-shaped fruits that grow on the nopal cactus (opuntia). In fact, they grow along the top fringes of the paddle-shaped leaves of this cactus. The leaves are edible as well and frequently utilized in Mexican cooking.

These fruits are gorgeous fruits in that they can range in colour from bright pink to yellow or orange. The pink version will produce the most attractive looking syrup as the fleshy interior is a naturally beautiful magenta as well.

These fruits are most common in Mexico (here they are called tunas), the West Indies, and the United States. However, they exist in other warm climates, like Australia, as well. If you live in a climate where they don't grow, you could try looking for them in a specialty grocery store or somewhere you know tends to carry unusual fruit. They may be particularly challenging to find, though. 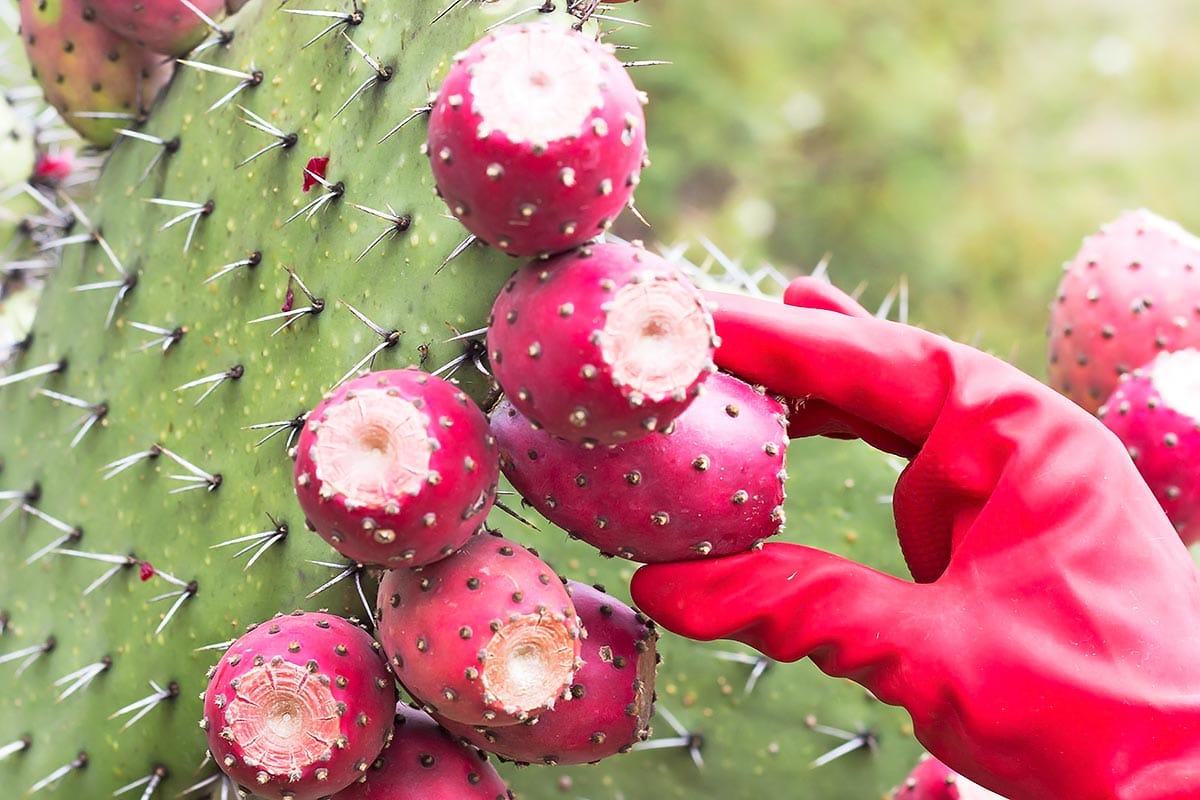 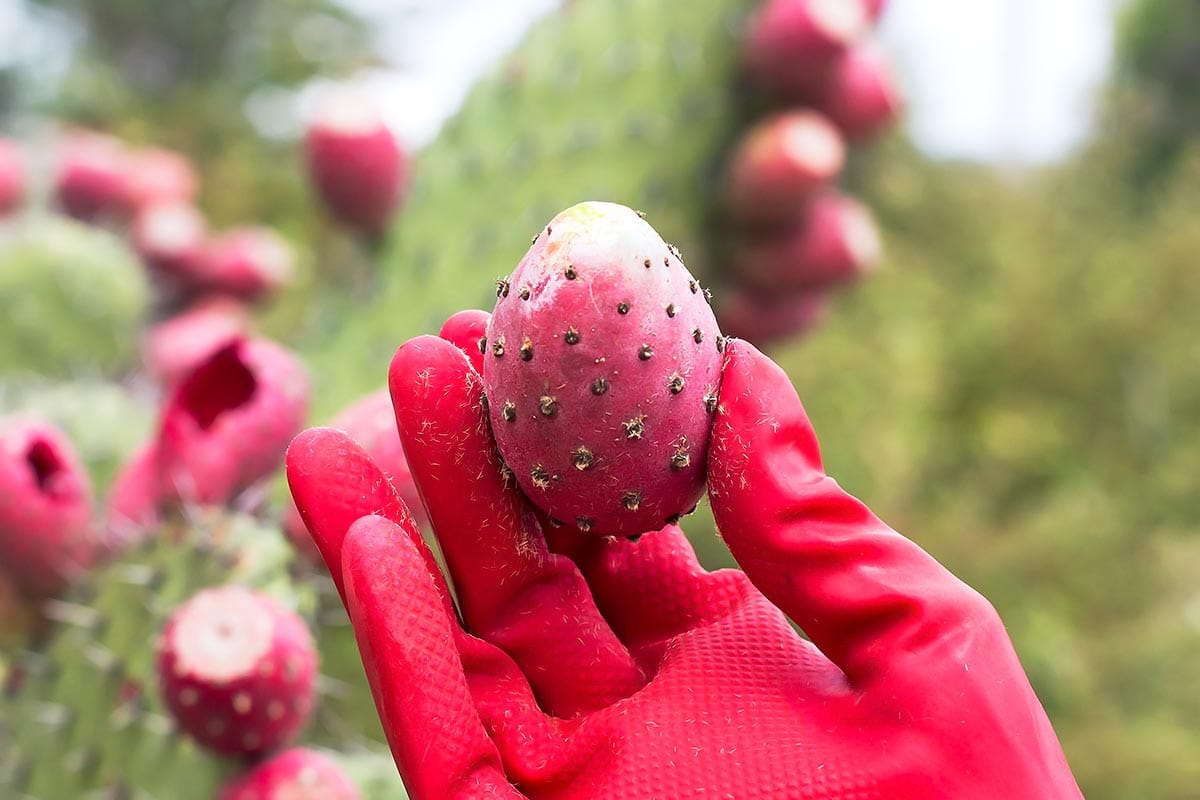 How to Harvest and Peel Prickly Pears

Prickly pear cactus fruits require some care when harvesting and peeling them because they have prickles on them called glochids. As a result, if you are lucky enough to be able to harvest them in your backyard or close to home, you should wear thick rubber gloves when removing the fruits from the plant. Alternatively, you could grab them with tongs before moving them into a container.

When preparing freshly harvested prickly pears, you will want to take similar precautions. However, you may not have to if you found them at the grocery store because they often have their glochids removed already.

For the freshly harvested version, you should start working with the pears by rinsing them under cool running water and using a brush to remove the glochids from the skin. Don't worry if you can't remove them all as you should continue onto the next step with gloves or tongs as well.

Next, to peel the prickly pear cactus fruit, you start by slicing the ends off. Afterward, you can use a small knife to make an incision through the skin and down the length of the fruit. Now simply peel the skin away to reveal the inner edible flesh of the prickly pear. 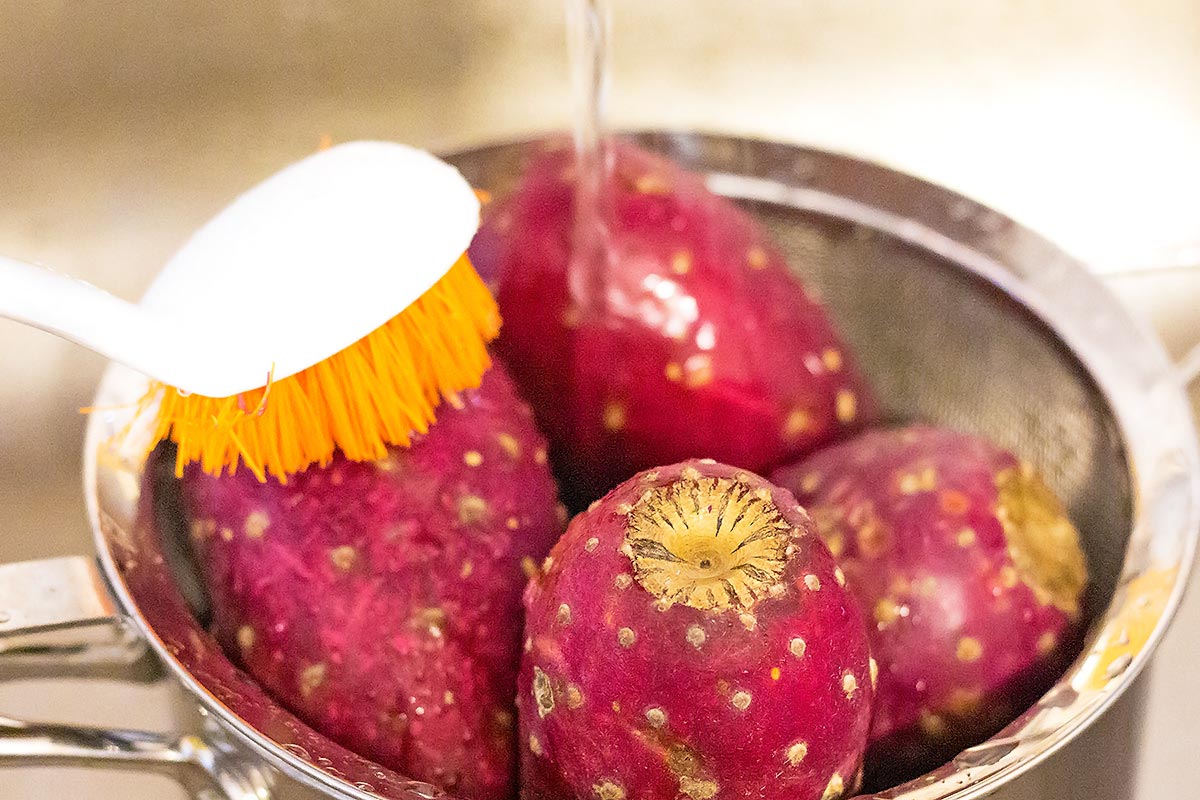 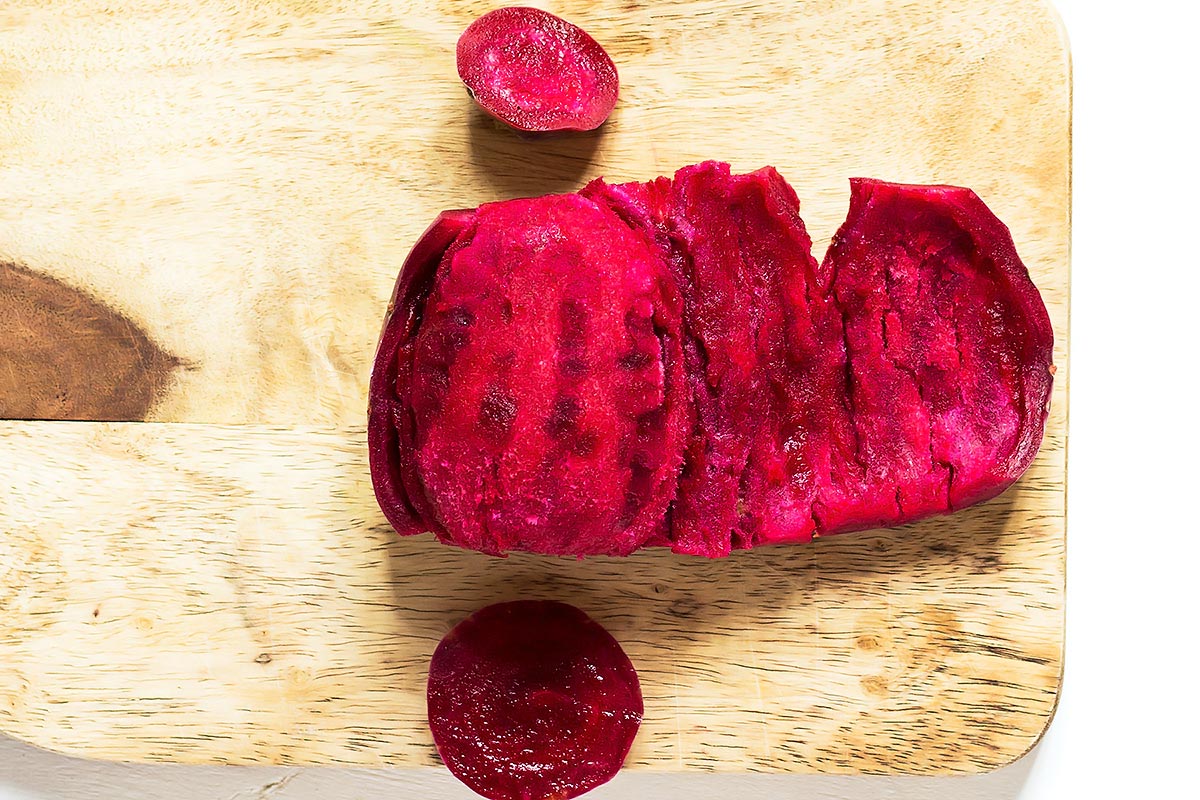 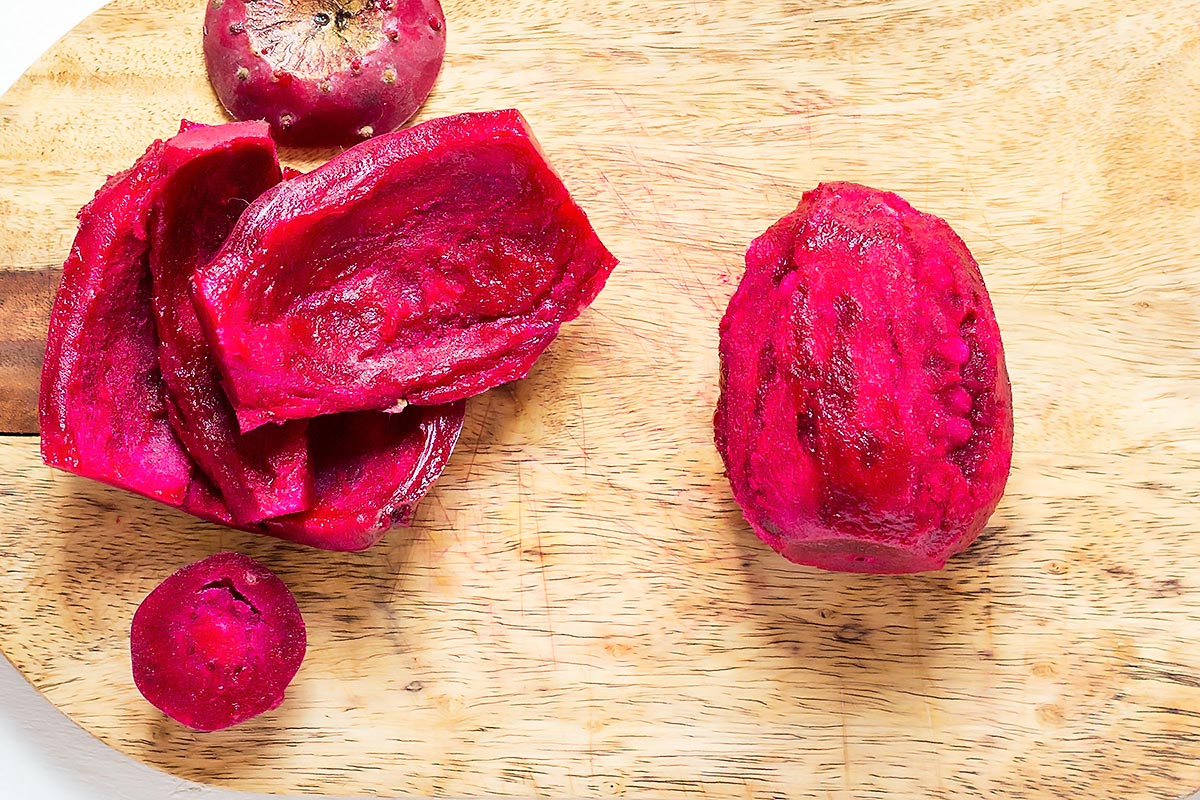 How to Make Prickly Pear Syrup

To make this syrup, you need to start by making prickly pear juice. You should put the fruits into a blender with a ½ cup of water, and blend them until smooth. Prickly pears are quite juicy on their own, but the extra water makes the mixture fluid and more suitable for use as a syrup.

These cactus fruits have hard seeds that won't break down fully and are actually easier to remove if they stay more or less intact. So blend only as long as needed to liquefy the flesh (10-30 seconds depending on blender).

After blending, strain the prickly pear mixture through a fine-meshed strainer into a medium saucepan to remove the seeds and some of the prickly pear pulp. Use a spoon speed up the process. 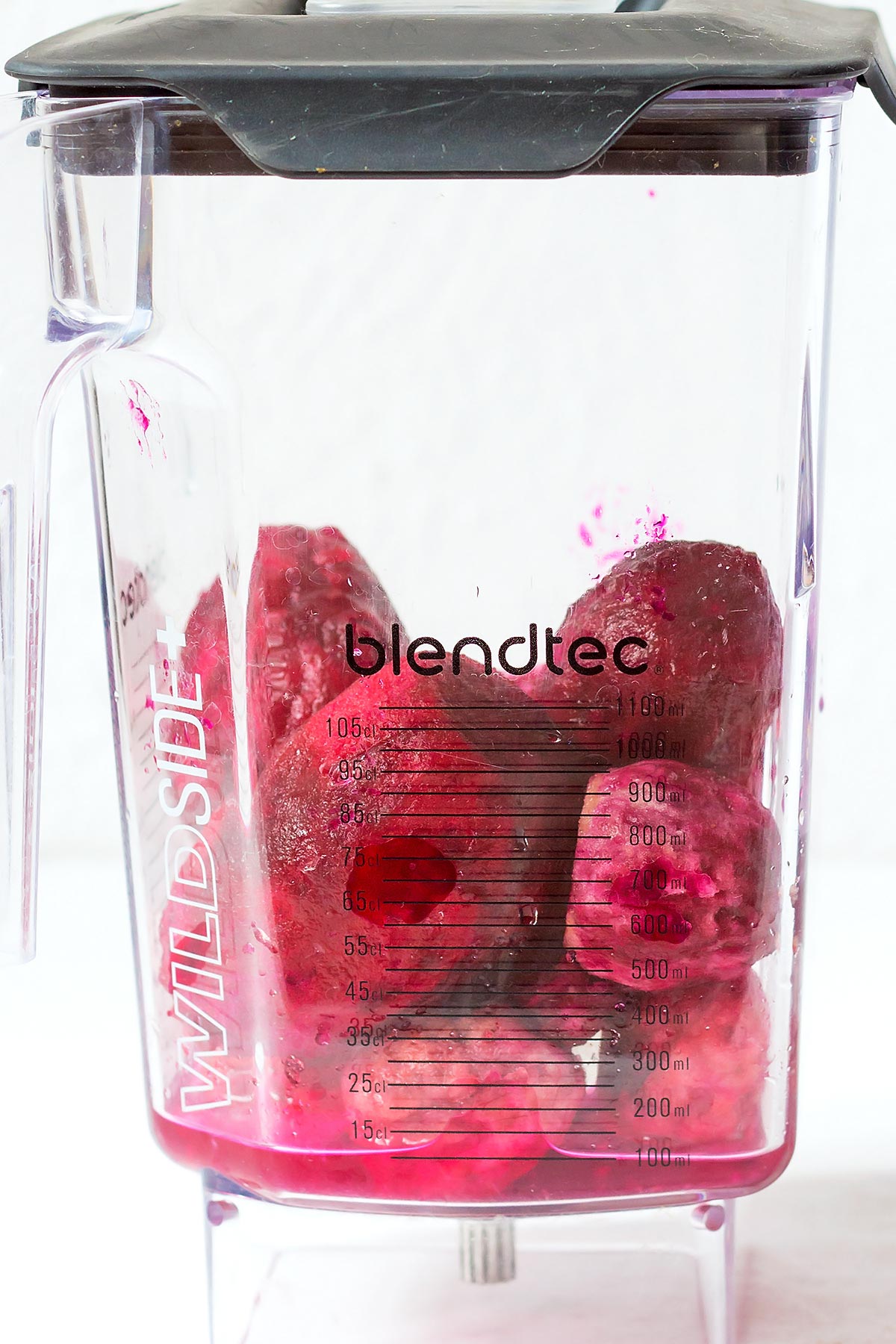 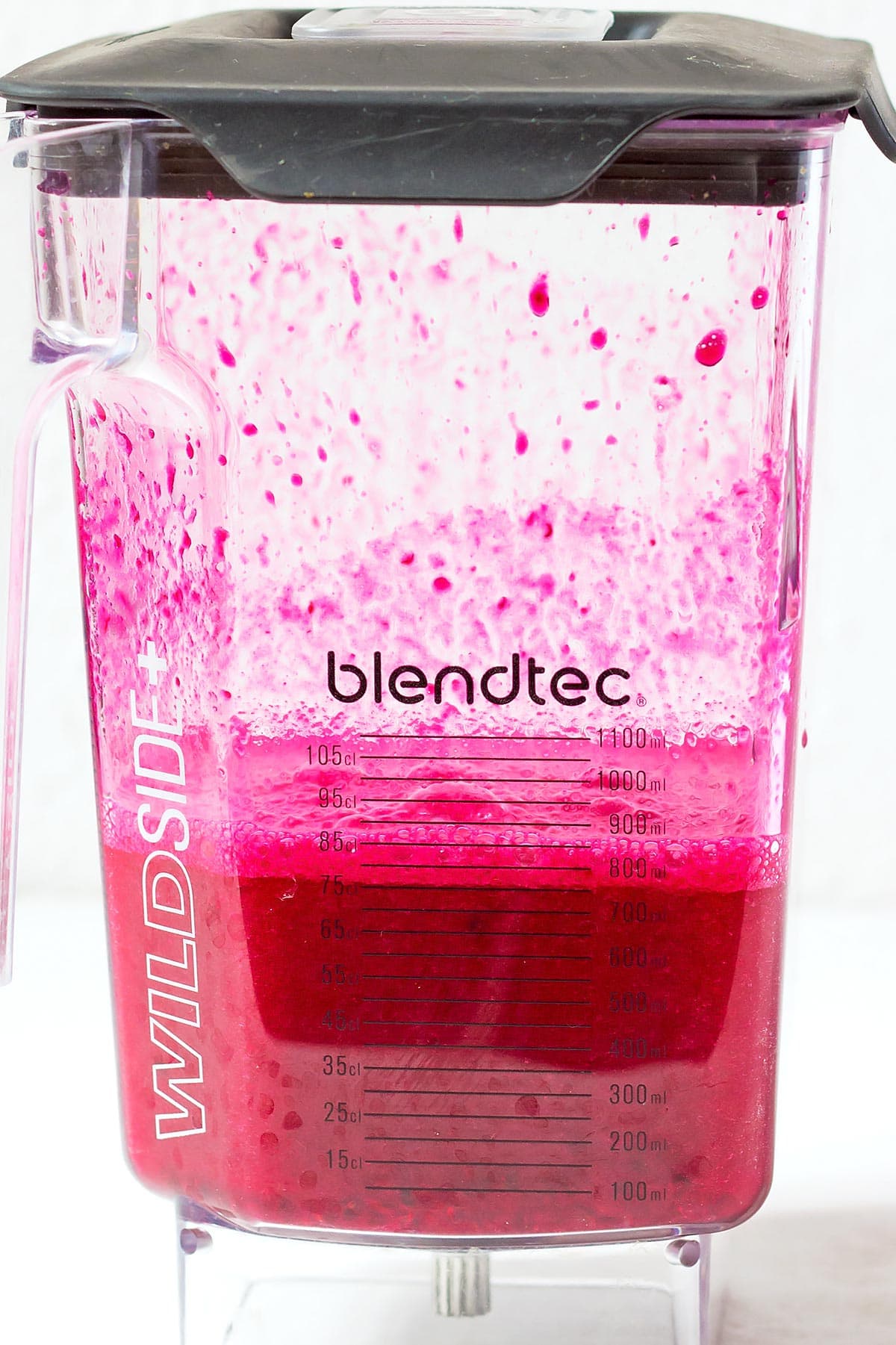 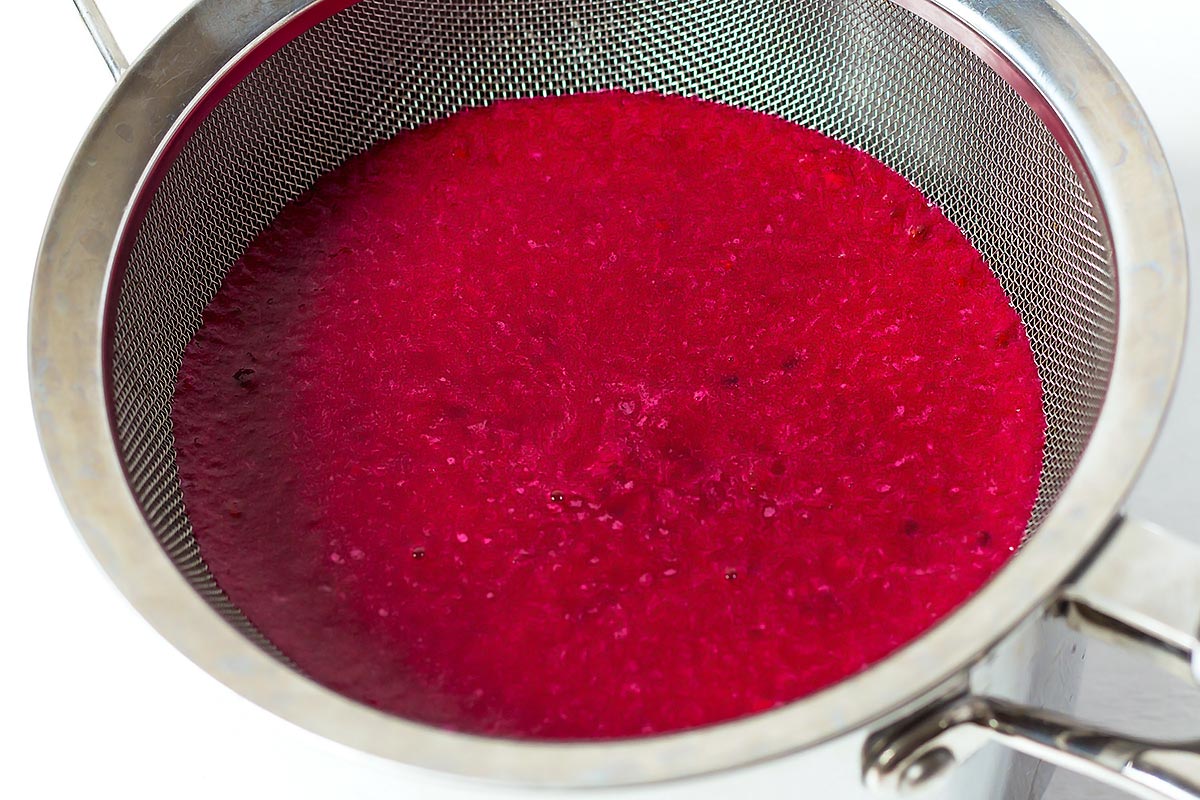 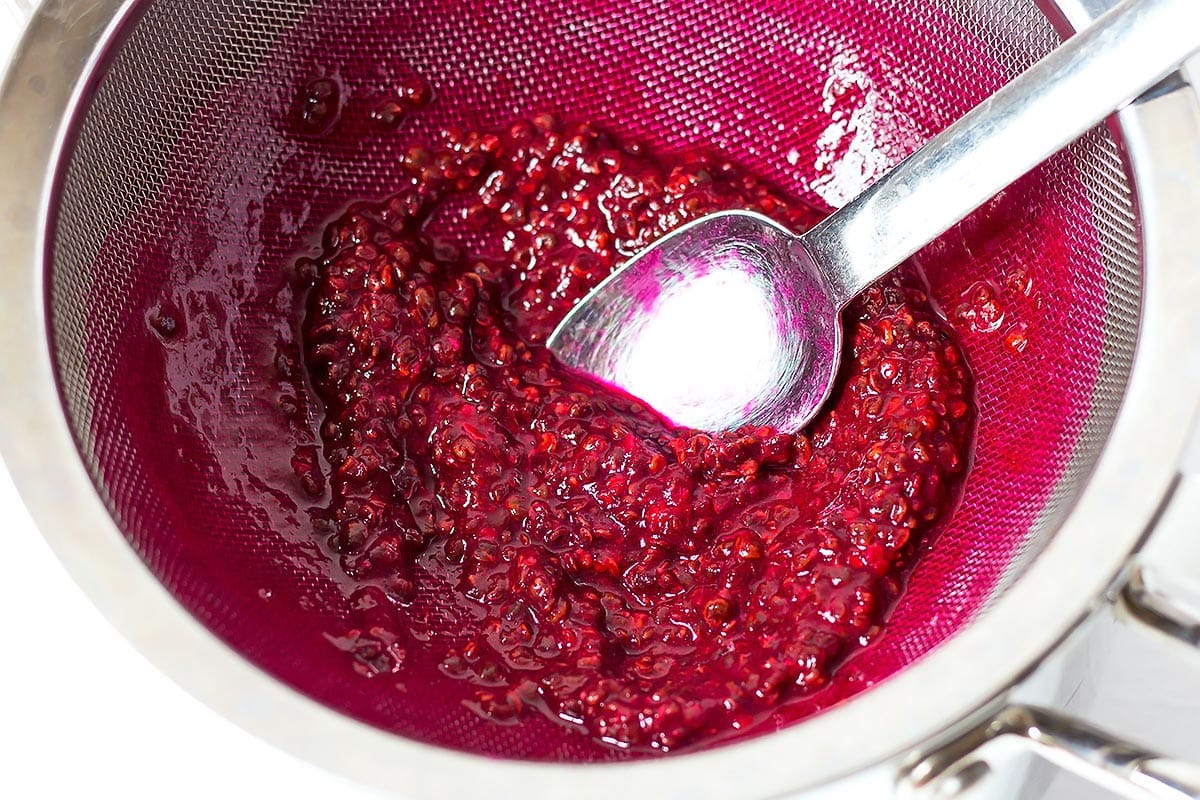 From there, the strained juice goes on the stove to come up to a gentle boil, then simmer to reduce slightly. Afterward, you add agave syrup (¾ to 1 cup) and bring it to a boil so that it dissolves and combines with the juices. You may prefer to use another sweetener in this syrup, but agave is a perfect choice.

It grows in the same areas as prickly pears and has a somewhat neutral taste. Additionally, it is much sweeter than sugar. As a result, you would have to use a lot more sugar to achieve the desired sweetness if you decided to go that route.

The final step is to allow the syrup to cool and then stir in some fresh lime juice or lemon juice. This adds some acidity and intricacy to an already tasty syrup. The lime also helps to preserve the syrup for longer. 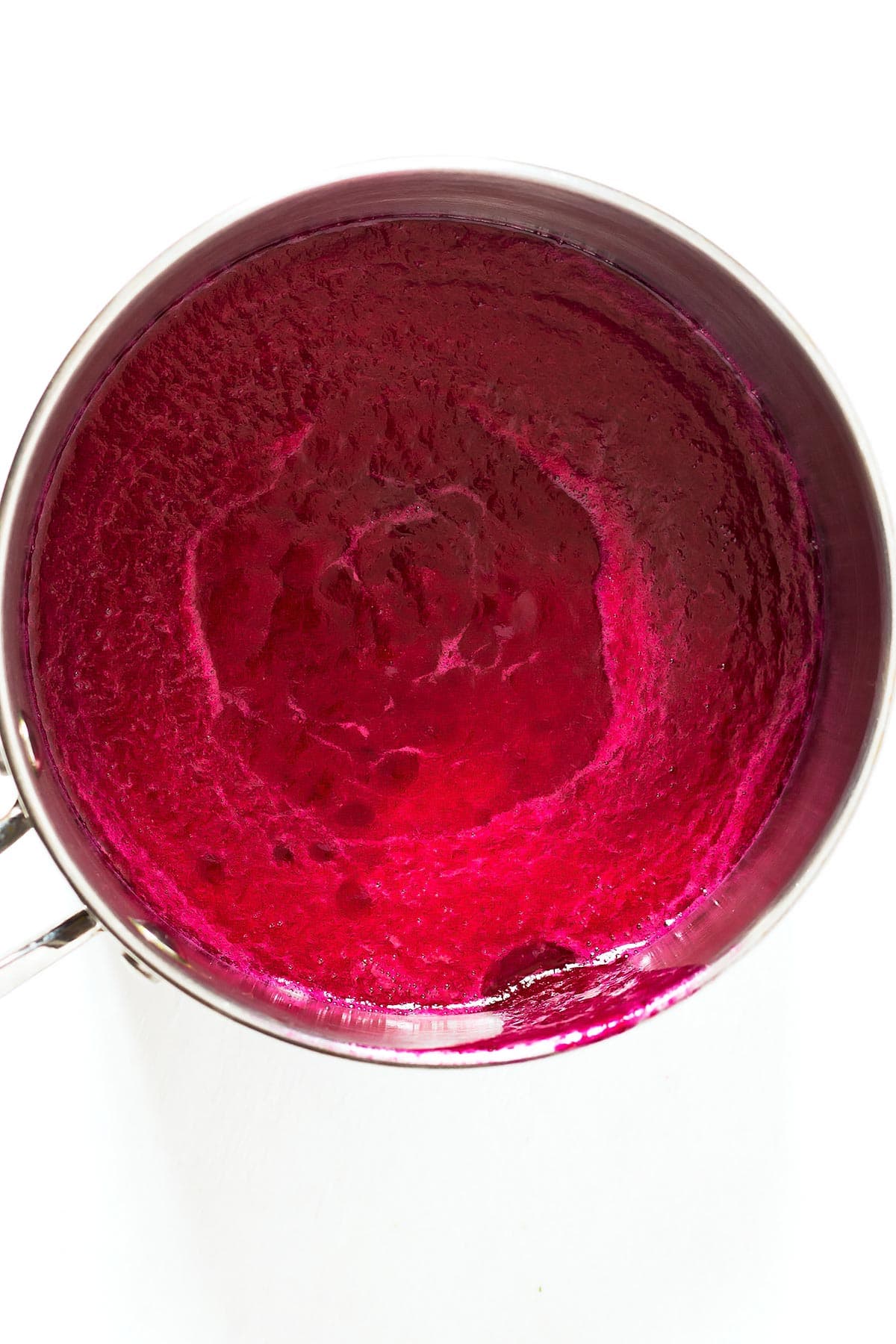 How to Use Prickly Pear Cactus Syrup

This syrup is actually highly versatile. One area that I recommend using it is in blended drinks like lemonade or cocktails like a margarita with tequila. Rather than infusing a margarita with simple syrup and prickly pear juice, you can simply use this syrup instead.

Another option would be to blend it into a glass of cold regular or sparkling water, which is ideal if you are someone who has a hard time drinking a lot of water. Other uses are: 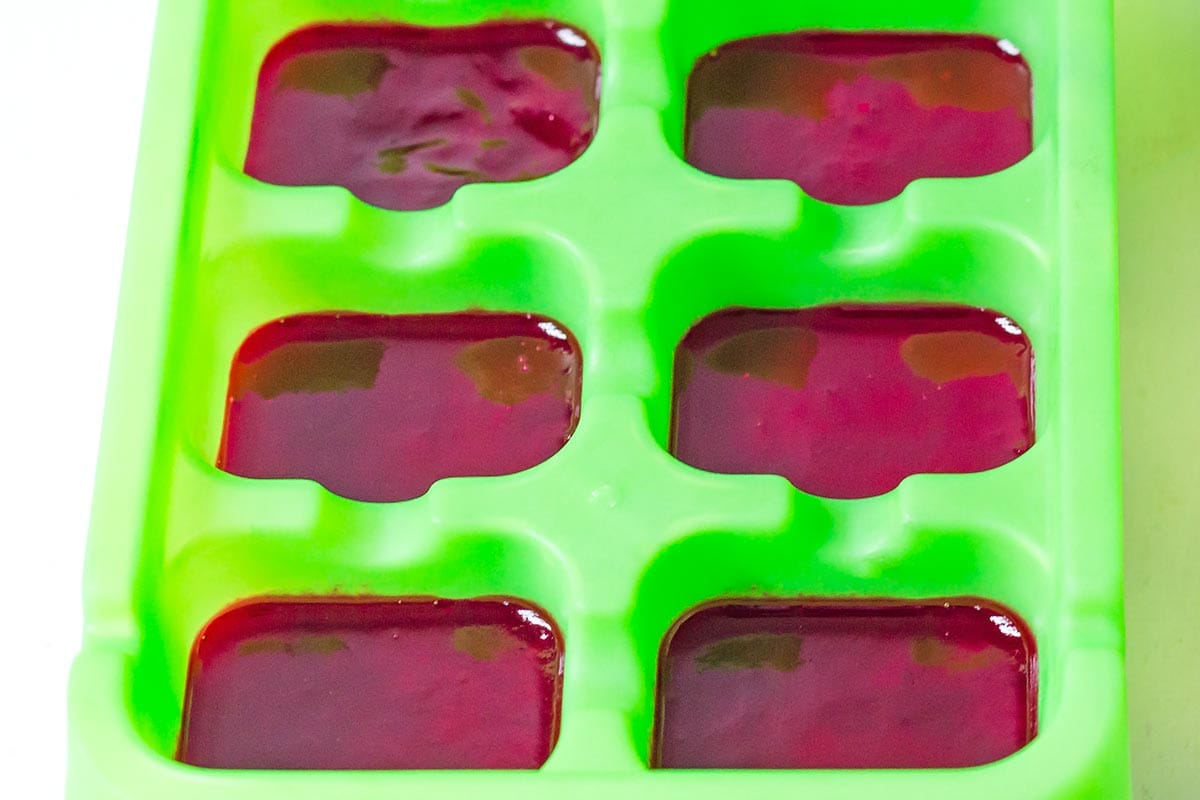 Once the syrup is cooked, it will keep in the fridge for a couple of weeks at least. This recipe results in 2 to 3 cups of syrup, though, so you may not be able to use all of it during that time.

Luckily, you can freeze it in ice cube trays for longer storage. These ice cubes are great for making frozen margaritas, adding to smoothies, or even melting down to a pourable consistency. 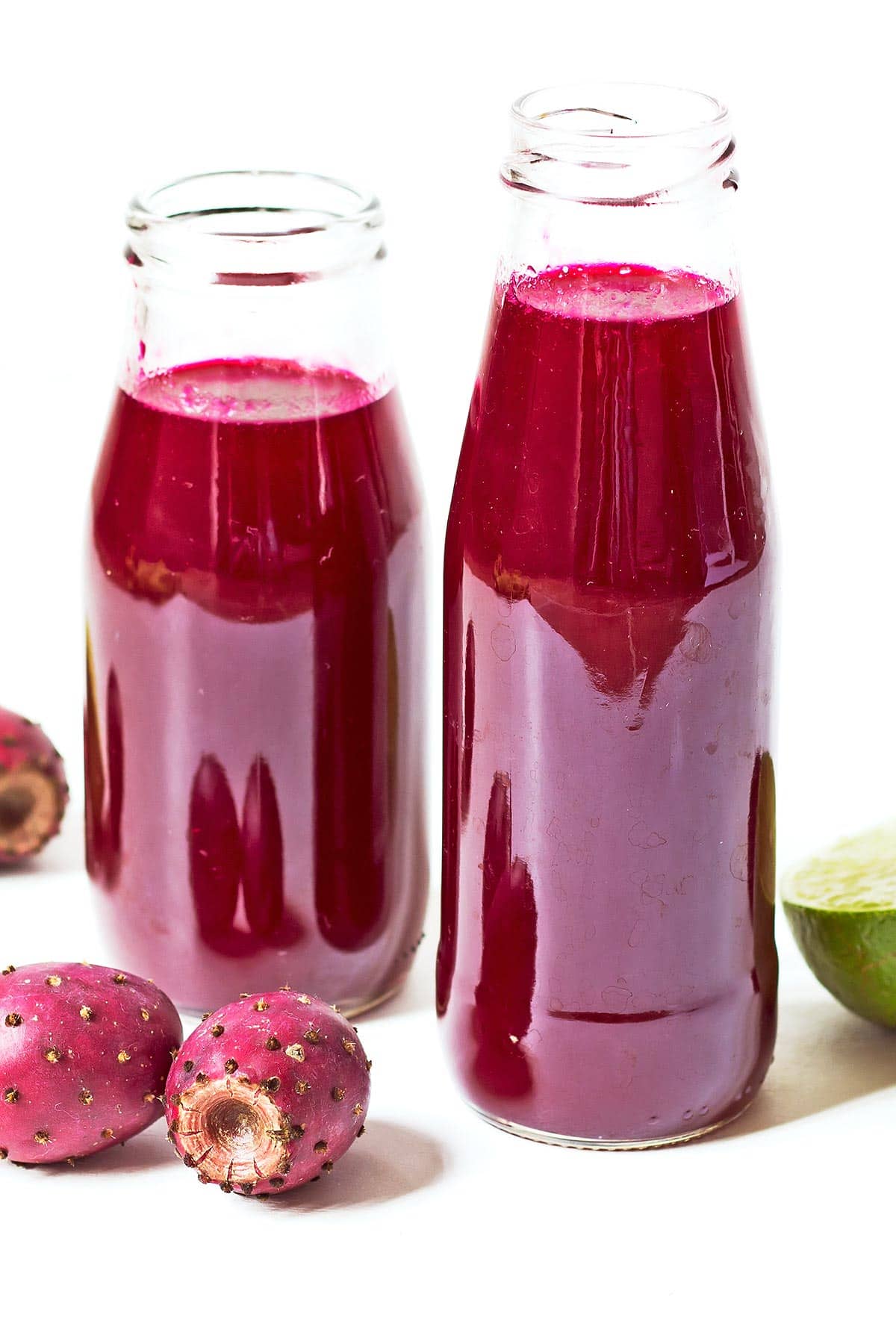 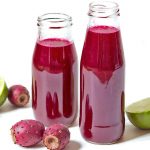 When prickly pears are in season, this prickly pear syrup recipe is a wonderful way to use them up. The syrup is ideal to mix into drinks like margaritas and plain or sparkling water, but it may also serve as a flavourful drizzle on pancakes and ice cream.