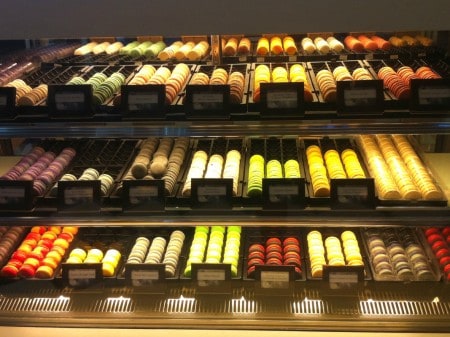 For the first time in 8 months my husband and I went out to see a movie. The theater in Krabi, Thailand, although a really nice and modern complex, doesn’t play movies with English audio.

Now that we are in Penang, Malaysia things are a lot different. Penang is a melting pot of people of Malay, Chinese and Indian descent. And their common language is English.

From what I have gathered, movies are played in their original audio: American movies in English, Chinese movies in Cantonese and Indian movies in Tamil. I am sure there are even more languages they play, but these were the 3 options on the night we went.

We watched The Dark Knight Rises in English.  However, throughout the entire movie there were also 2 rows of subtitles, Malay and Chinese (I assume Cantonese as it is most common among Chinese Malaysians here).

In the beginning, I thought I’d be bothered by it. But, after a few minutes, I was totally used to it and it was actually interesting to see what certain words are in Malay (they use the same alphabet, so I was able to read it). 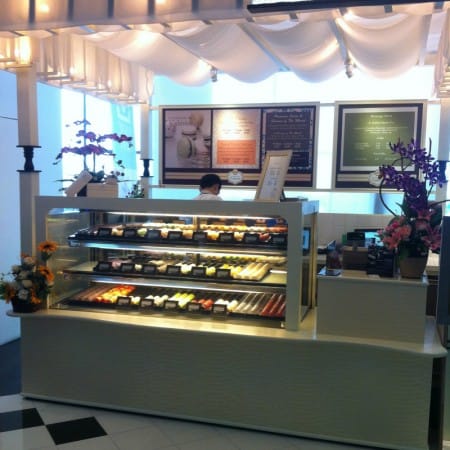 That being said, it wasn’t just the language difference that I noticed from American/Canadian movie theaters. It was also the vast variety of options for food and beverages. Of course, there was the usual popcorn, soda and nachos (although most of the popcorn was caramelized like I know and love it from Germany, yum!).

Next to that, one could also get frozen yogurt, bubble tea, different kinds of shakes, fried fish, squid fast food, hot dogs, and chocolate covered everything (from bananas and other fruits to cookies etc...)

Among all these I suddenly caught a glimpse of a hidden gem:  Les Macarons de Valérie! 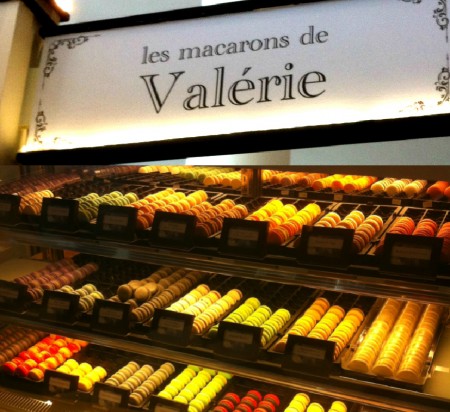 I almost walked by without noticing, but then the realization hit me: an entire stall selling nothing but heavenly, mouth-watering macarons. It is such a cute little place and beautifully designed. I felt like I just walked into a Parisian Cafe (although I have never been to Paris).

We just had an awesome meal of Indian Butterchicken and had just bought some salty caramel popcorn, but I could not say no to what was meant to be.

I haven’t mastered macaron making myself yet. Which was all the more reason to indulge in one of these goody goodnesses. It is a tough decision with all the awesome flavors like lemon meringue tart, creme de menthe, Japanese matcha, butter caramel & sea salt, chrysanthemum & white chocolate and lots more to choose from.

One of their special July flavors is “Snickers’ Bar,” so I decided to have one of those. The filling was a luscious thick layer of what tasted like salted dulce de leche with a chocolate center in between two crunchy, sweet shells. I think one was a chocolate shell while the other was peanut flavored. 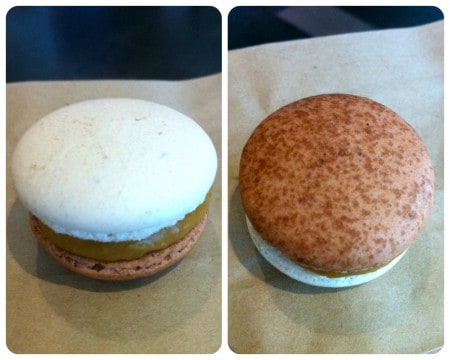 It was so good and gone in just a few bites, so I couldn’t fully dissect the different components. But, if you would like to make a snickers macaron at home, why not try Helene’s recipe from Tartlette?

For her chocolate and peanut macaron shells you will need:

For directions please refer back to her page, as she really is the expert. You can also follow her recipe for the filling, but I think a simple dulce de leche filling with a peanut or chocolate chip in the center would be really nice, too.

All you need for that is a can of sweetened condensed milk and a pot of boiling water.  Simple enough, right?