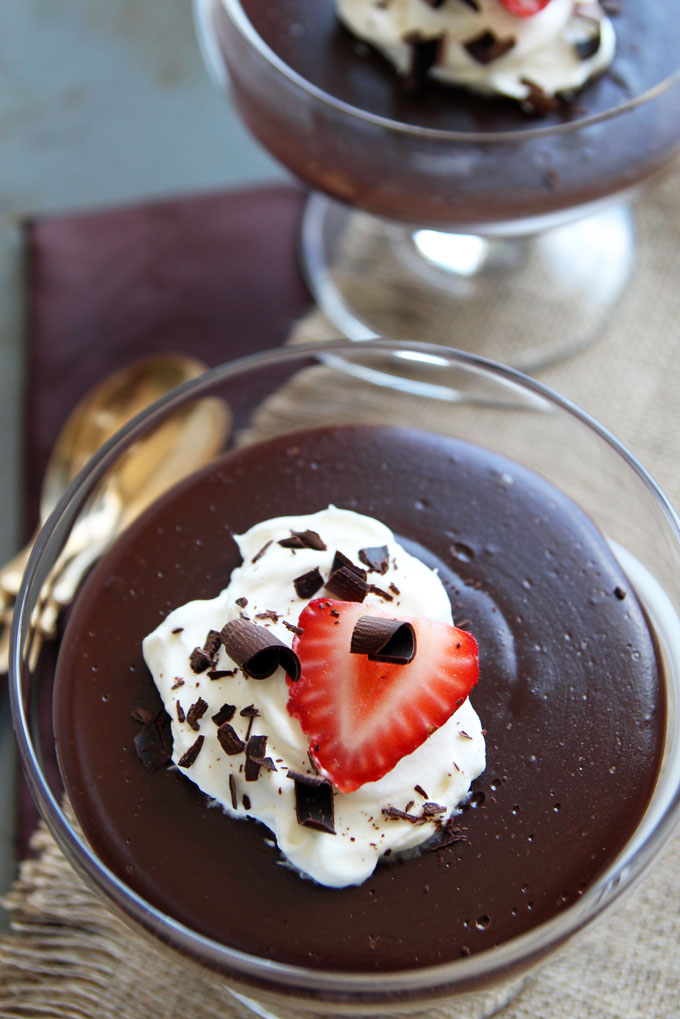 Woah...we are just 1 week away from Easter!! Really? And Olivia is almost 9 months old now. I cannot believe we have now spend as much time with her as we have spent anticipating her arrival.

This last month was one of many firsts - and not only pleasant ones. Olivia got sick for the first time. Her first fever and head cold with the cutest runny nose I've ever seen. Followed by her first tiny little tooth breaking through. Oh my - what an ordeal. And right after she developed a chest cold with a nasty baby cough.

Needless to say, our little trooper has been a wee bit miserable. It must be so confusing for her little baby mind having to deal with all of this. She hasn't figured out the concept of blowing her nose and gets so frustrated when simultaneous eating and breathing just doesn't work right now. 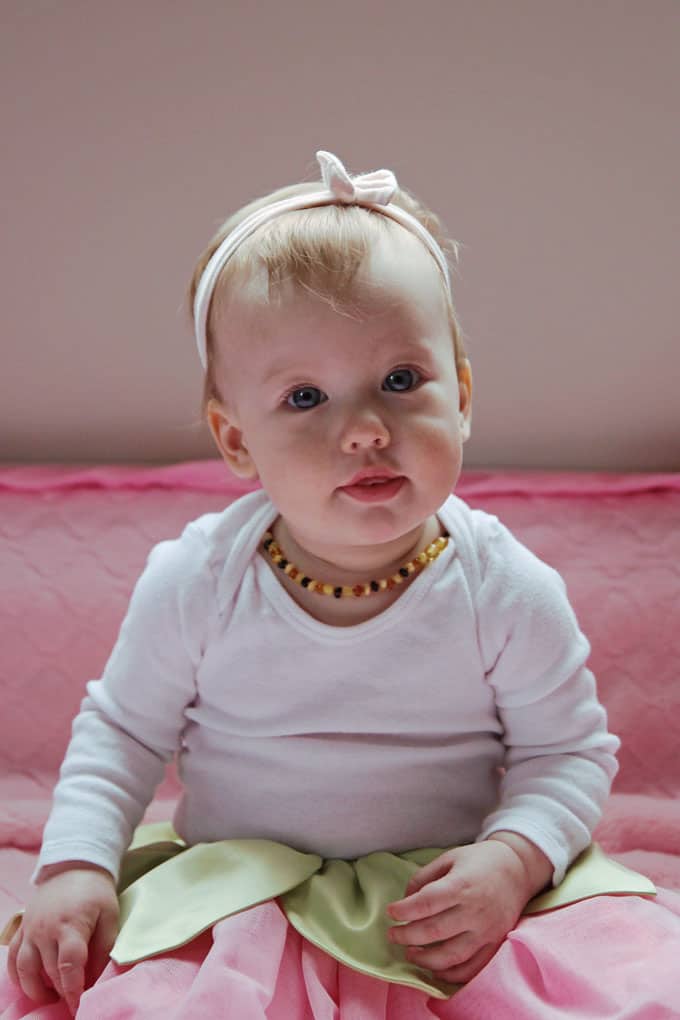 But she has been a champ through all of this. And honestly, I have quite relished the extra snuggles these days. Our Little Miss Uber-Independent would usually not sit still long enough to cuddle or even rock to sleep. So this extra bonding time was very special to me.

No worries though, the little monkey is getting much better already; climbing and crawling everywhere and keeping me busy as ever. Take the smoothie incidents of today for example. Yes, plural!

I've told you before how Olivia likes to share a few sips of my green smoothie every day. Well, today I had to take my smoothie on the go as we were going to our chiropractor appointment. 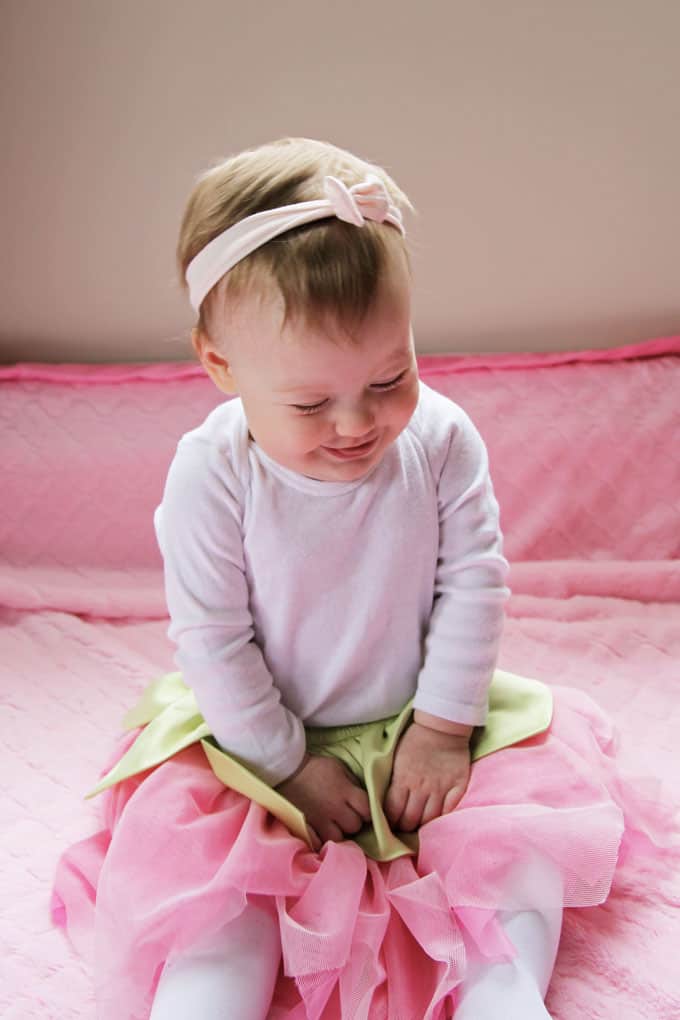 I thought I was holding the cup far enough from her as we were walking to the car. But first chance she got, she grabbed the straw, pulling it right out and splashing little green droplets all over my left side. Not a single drop on her.

We were short on time already, so a wet wipe cleaning (good thing we carry those everywhere now) had to do. Also good that I gave up on caring too much what people think about my appearance.

Later, back home, we were getting ready to leave again to pick up Konrad from work. Suddenly, I realized Olivia was having a little too much fun playing with my purse. A closer look revealed, said smoothie cup, that I had left in my purse, was eliciting such squeals of excitement. 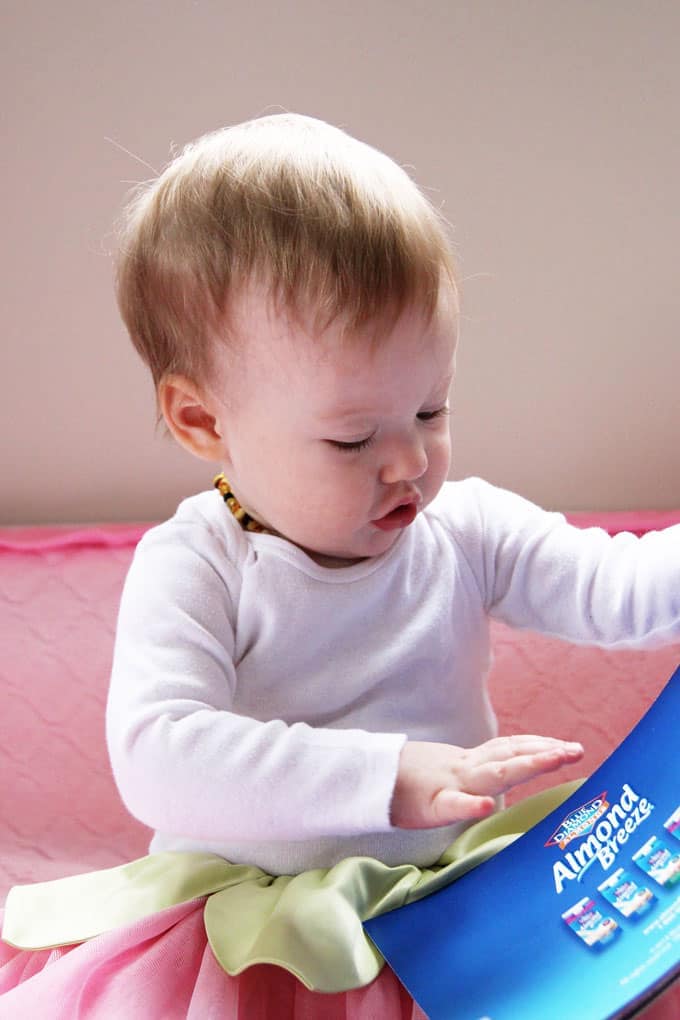 What little leftovers of green smoothie there were, Olivia had a great time emptying out into my purse, over her feet and onto our (fairly light colored) carpet. Wet wipes came to the quick rescue again...

I guess you could say, I was lucky it wasn't this vegan chocolate pudding she was happily spreading over our apartment. Because you, know she would, if given the chance. 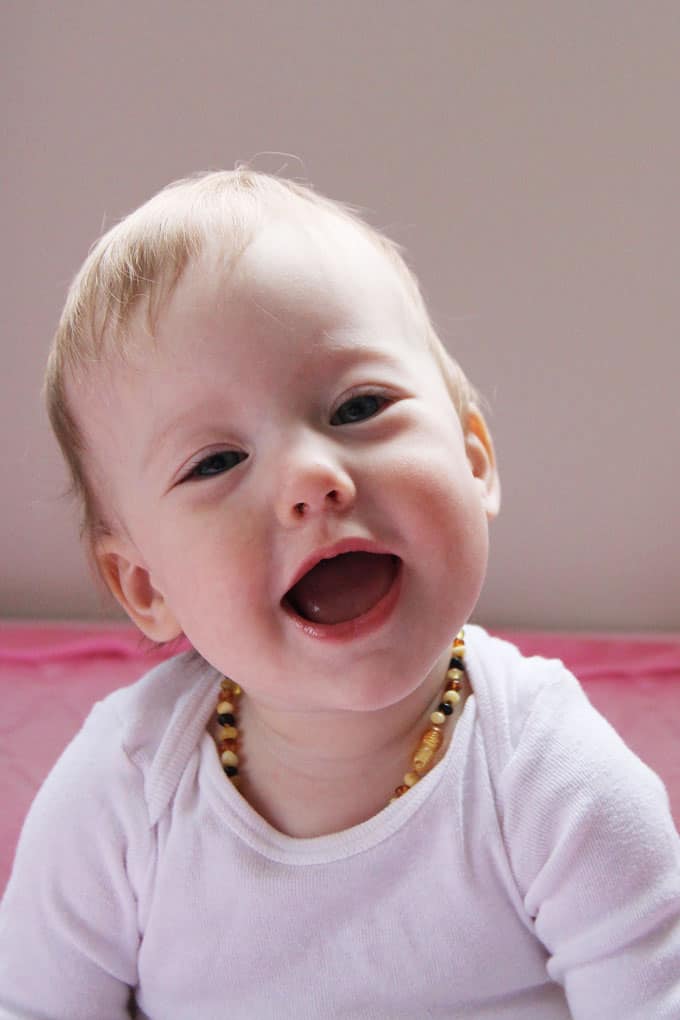 But there was no way I would leave any leftovers of this delicious chocolate yumminess sit around. Nope, my bowl is always licked clean.

Cooked chocolate pudding was always one of my favorite quick desserts. It had to be cooked though; the instant kind just doesn't compare. We always used the packaged powder mix and cooked it with sugar and milk.

Little did I know back then, that we had all the ingredients of that mix at home and could make chocolate pudding from scratch without any of the additive those packaged mixes tend to have. 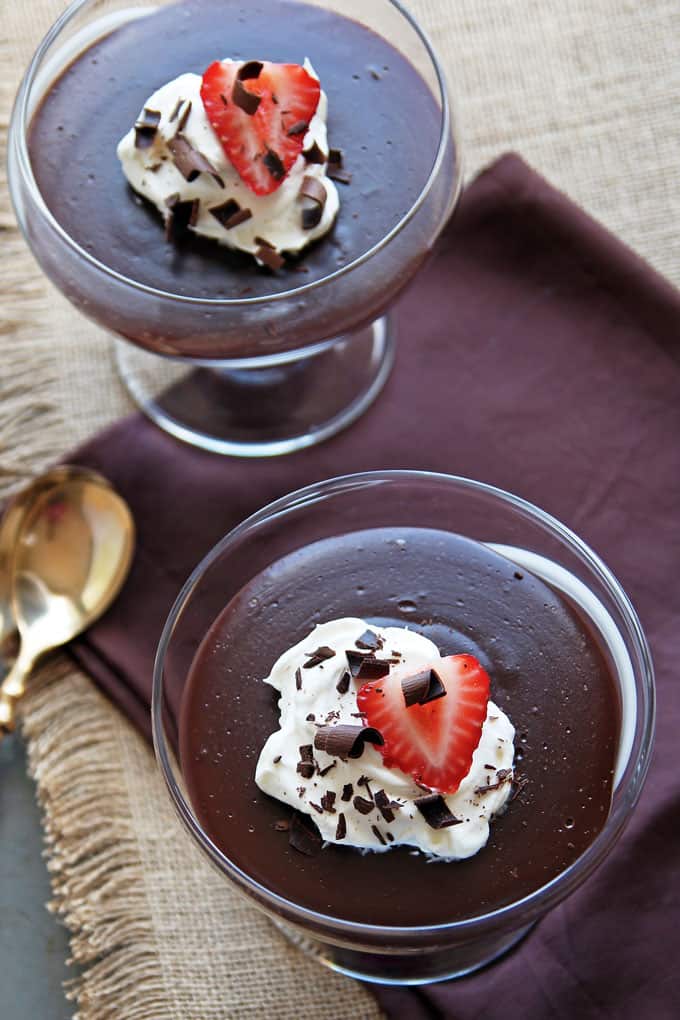 The dry ingredients in this vegan pudding recipe are just cocoa powder, a touch of salt and a powdered starch. Cornstarch would be the most common, but if you are avoiding all corn products, I have also had success with tapioca starch and arrowroot powder.

To make this recipe fully vegan I used coconut milk and I am sure any other non-dairy milk will work too. Coconut just gives a chocolate pudding a unique tropical touch. But almond milk chocolate pudding would be great too.

As sweetener I used maple syrup, but feel free to substitute a sweetener of your choice.

Preparing the dairy free chocolate pudding is as simple as can be. Whisk all ingredients (except vanilla) together in a saucepan and heat on the stove top. When using cornstarch, you want to bring the mixture to a boil and then simmer while stirring constantly for 1 minute until it the chocolate pudding thickens. 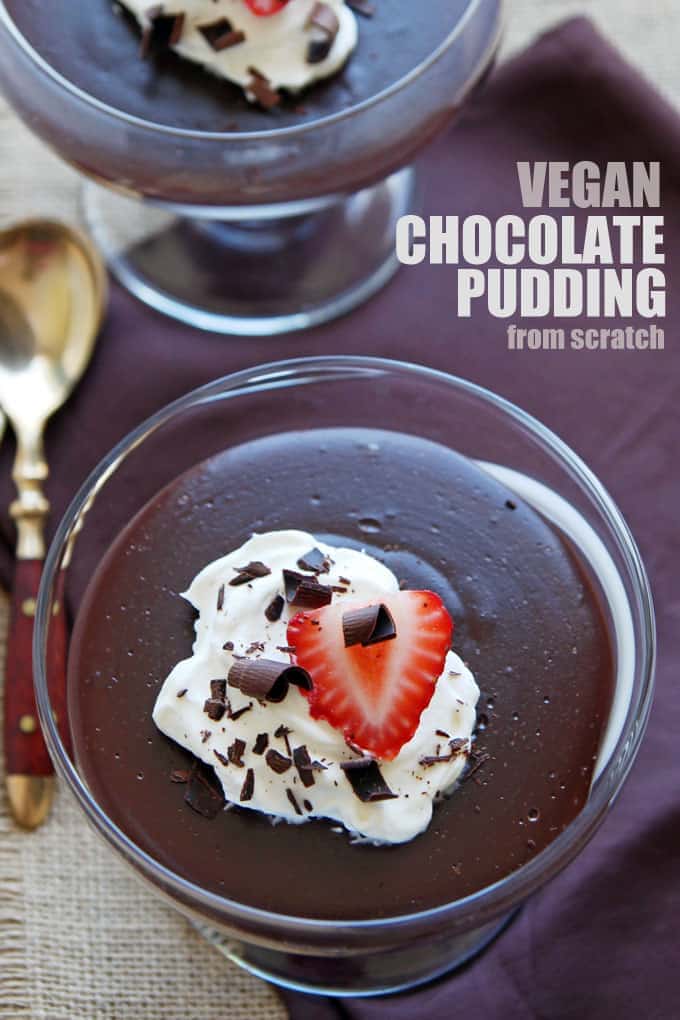 Tapioca starch and arrowroot powder are effective thickeners at lower temperatures already. Stirring often, heat the liquid until it is thickened enough. Usually just before boiling.

Once the healthy chocolate pudding has thickened, just stir in the vanilla extract and fill  into serving bowls. You can chill it, but I LOVE warm pudding!

I know some people cover the pudding surface with plastic wrap or sprinkle it with sugar to avoid the skin forming on top. In a weird way, I really like that skin though.

I love to dig into it with my spoon. It's almost like breaking the protective shell and discovering the velvety smooth pudding underneath.

And if it weren't for the caffeine in cocoa powder I would even let Olivia have some of this paleo chocolate pudding. Maybe I have to come up with a vegan vanilla pudding version for her? 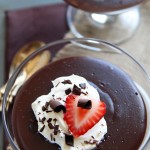 Velvety smooth chocolate pudding made from scratch with vegan and paleo options. It is also free of refined sugar.