Learn what to do with a coconut! How to open it, collect coconut water, release the meat and turn it into shredded coconut, coconut butter, coconut milk, and coconut flour. 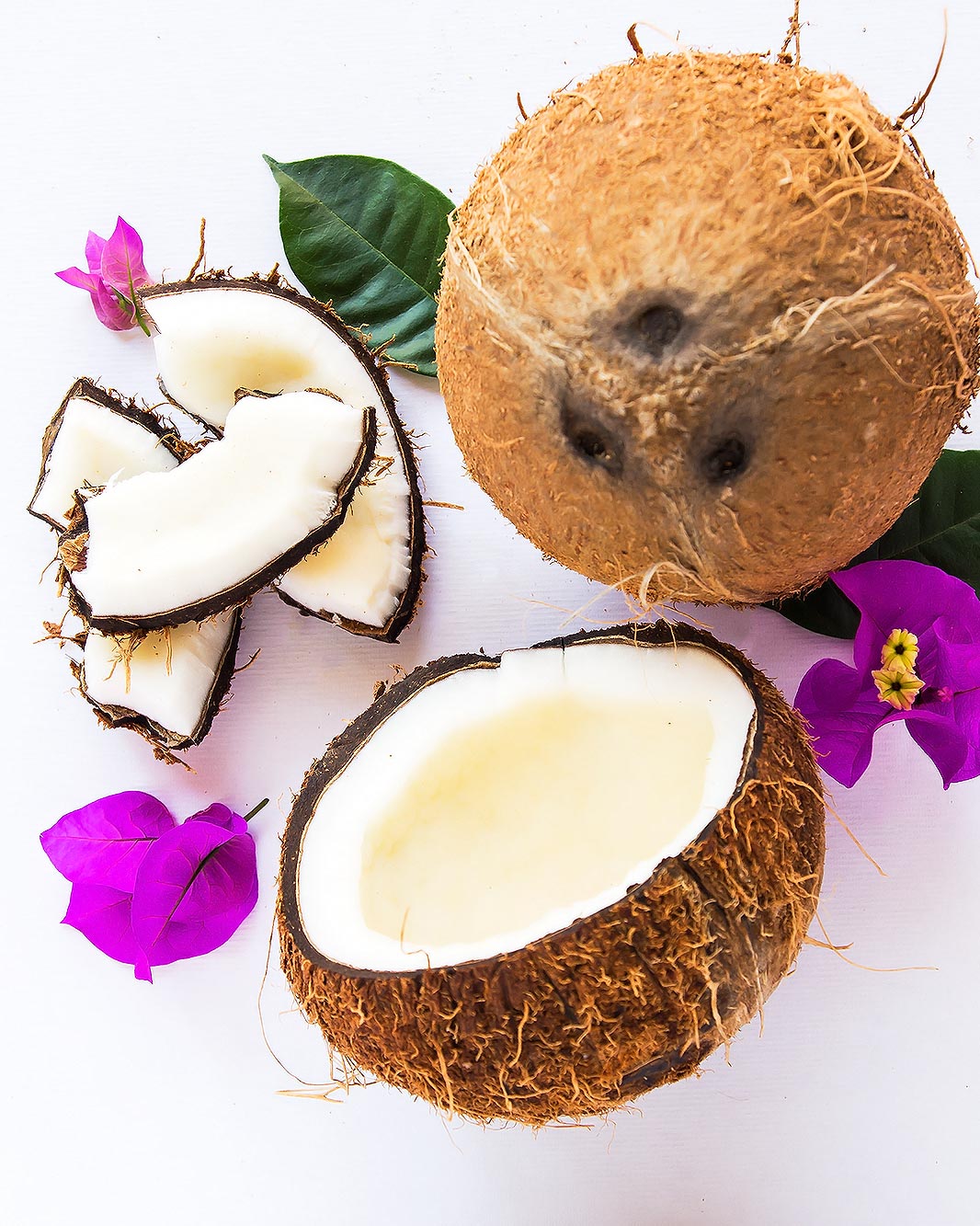 Have you ever looked at whole fresh coconuts in the grocery store and wondered what to do with them?
A whole LOT actually!

But if you have never done it before, just the thought of opening a coconut may seem daunting. This post will show you though how simple it can be to open a coconut and to get coconut water and coconut meat in the process.

The meat can then be turned into shredded coconut, coconut butter, coconut milk, and coconut flour. We'll show you how to do ALL of those things.

VIDEO: How to Use a Fresh Coconut

How to get Coconut Water 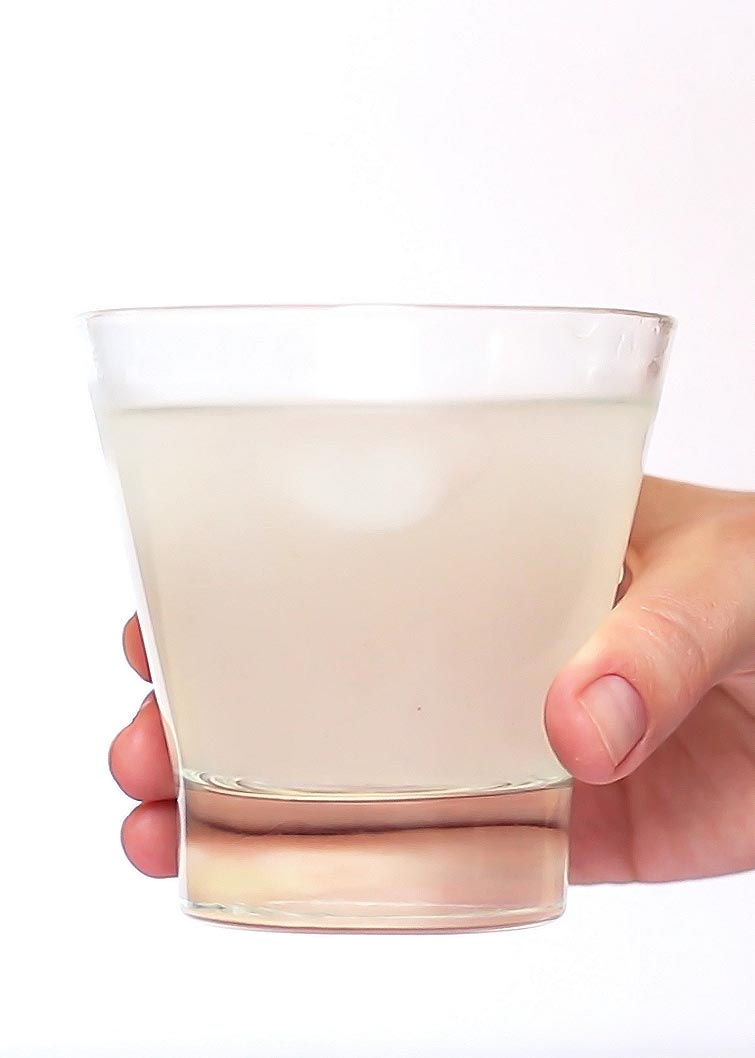 Start by finding the 3 eyes on one side of the coconut. 1 eye looks a little different from the other 2.

This one is usually the softest and easiest to open. Use a sharp pointy knife or a screwdriver to open the eye. If needed, use a hammer or mallet to push the screwdriver through the eye.

Enjoy the coconut water as is with ice or use it in smoothies or other recipes.

How to open a Coconut 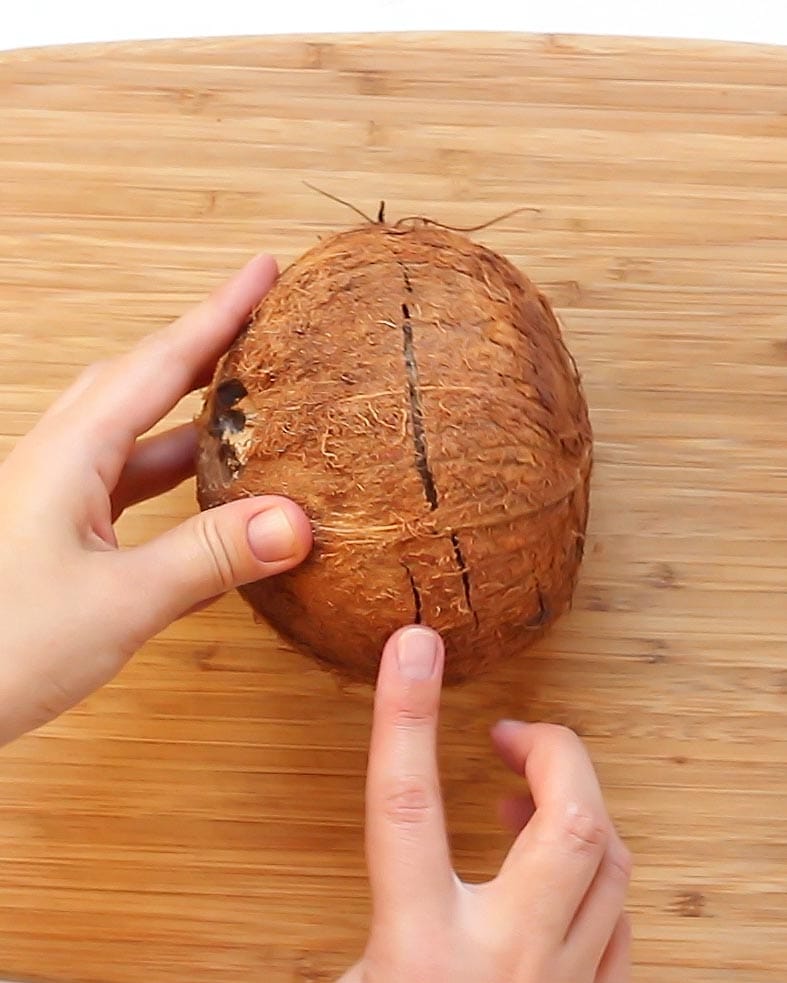 To open the drained coconut preheat your oven to 400°F. Place the empty coconut in the oven for about 10 minutes.

DON'T do this with a full coconut! The water inside will pressurize and might cause the coconut to explode.

After 10 minutes the coconut shell should have developed several cracks along the outside. If not, leave it in the oven a little longer until you see those cracks. 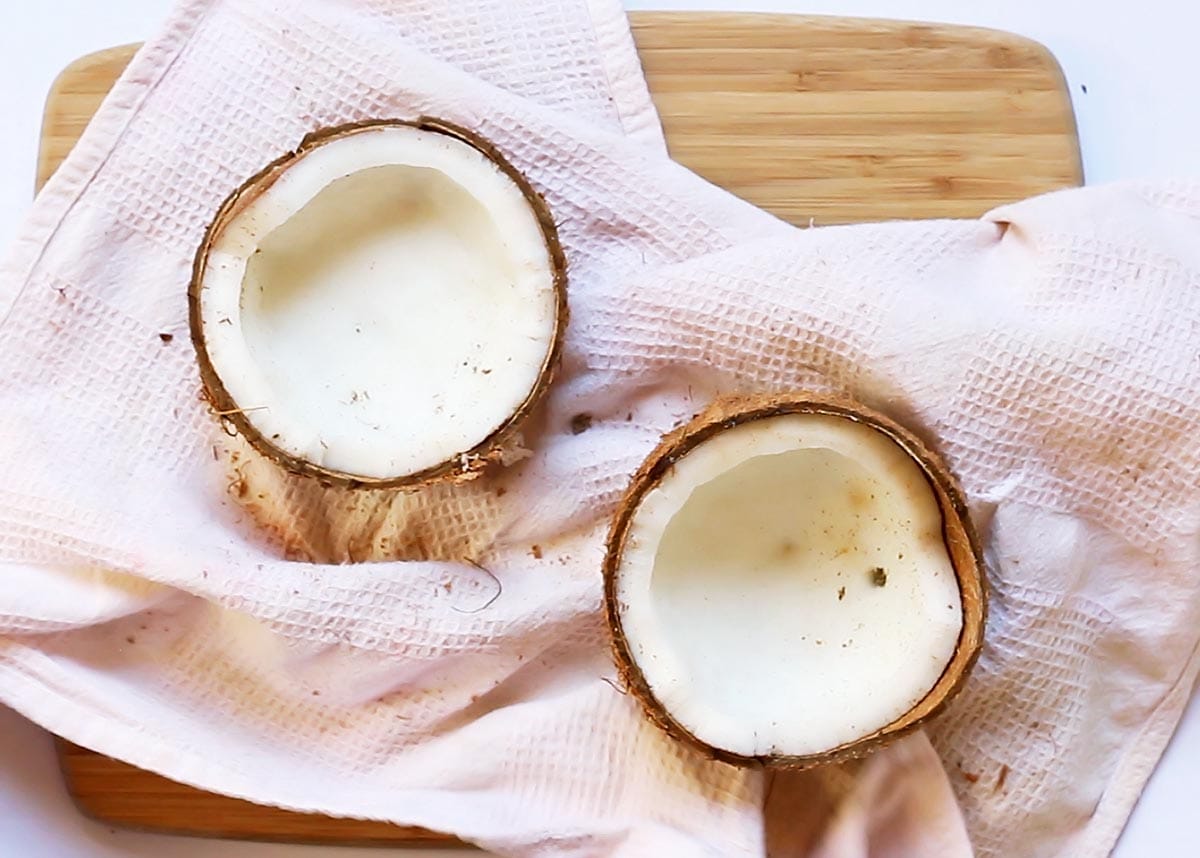 Wrap the cracked coconut in a tea towel and hit it with a hammer or mallet until it breaks in half. Rewrap 1 half and keep hitting it to break into smaller pieces.

The hard shell might remove from the meat in this process. If not, insert a butter knife between the shell and meat to loosen the meat.

How to make Shredded Coconut 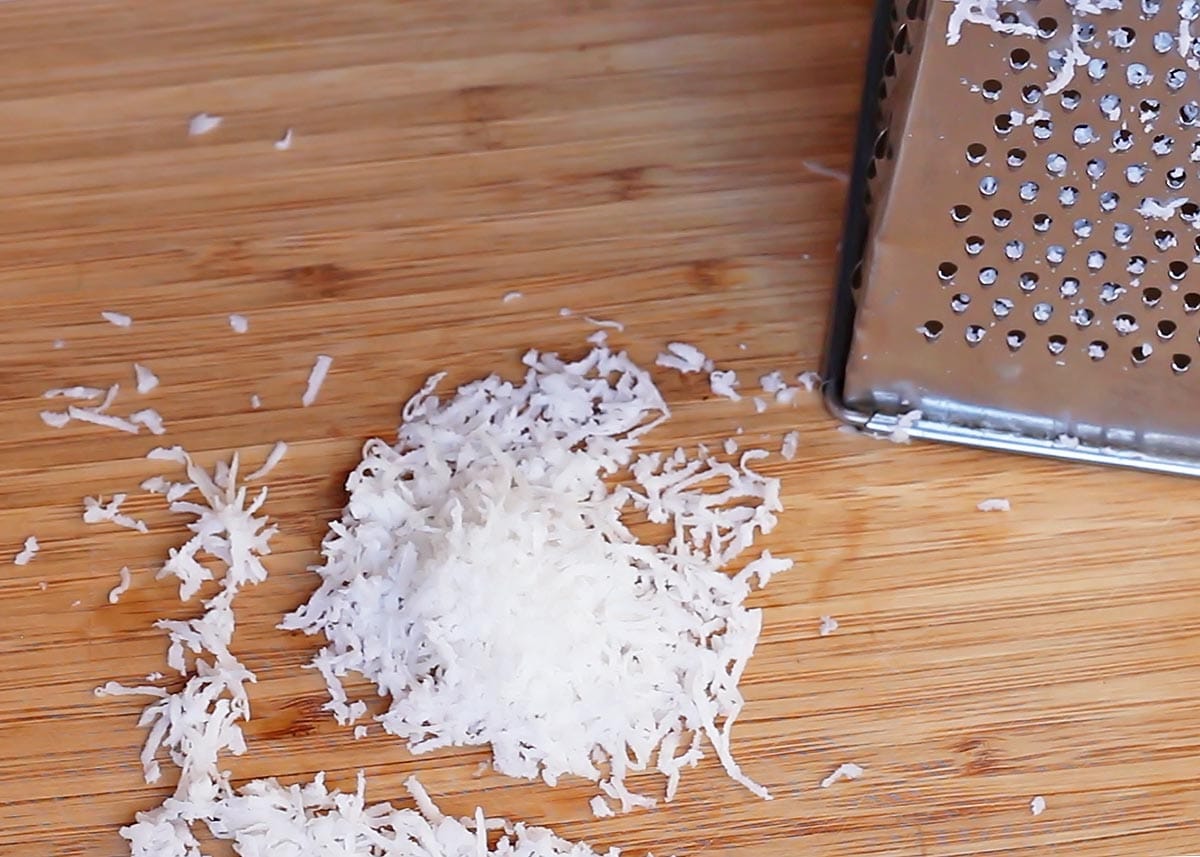 To make pure white shredded coconut use a vegetable peeler to remove the brown skin from the outside of the coconut meat. If the optics don't matter to you, you can also leave the skin intact. It is totally fine to eat.

Use a box grater to grate the coconut meat into shredded coconut. The smallest side will make the finest shreds. You can also use the other sides to make coarser shreds or coconut chips even. 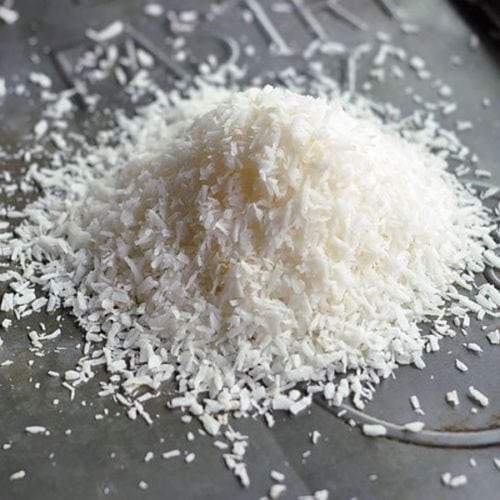 Place the grated coconut on a baking sheet and dehydrate it in the oven at the lowest temperature possible with the door cracked open. Be sure not to burn or toast the shredded coconut, unless the toasty flavor and colour is what you are going for.

You can also use a dehydrator for this process, if you have one.

How to Make Coconut Butter 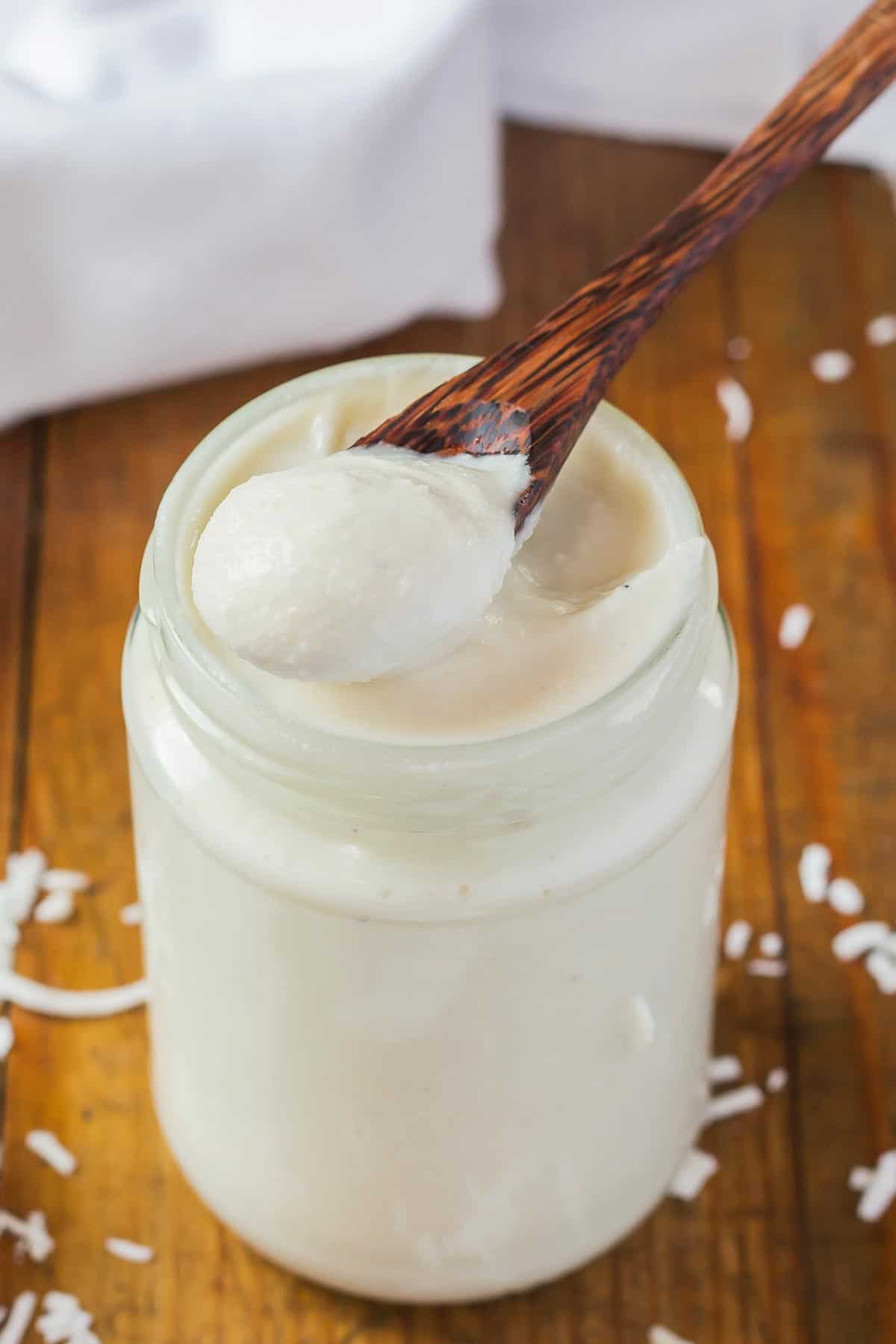 Shredded coconut or coconut chips can be ground down into coconut butter, just like it takes nothing but peanuts to make natural peanut butter.

How to make Coconut Milk 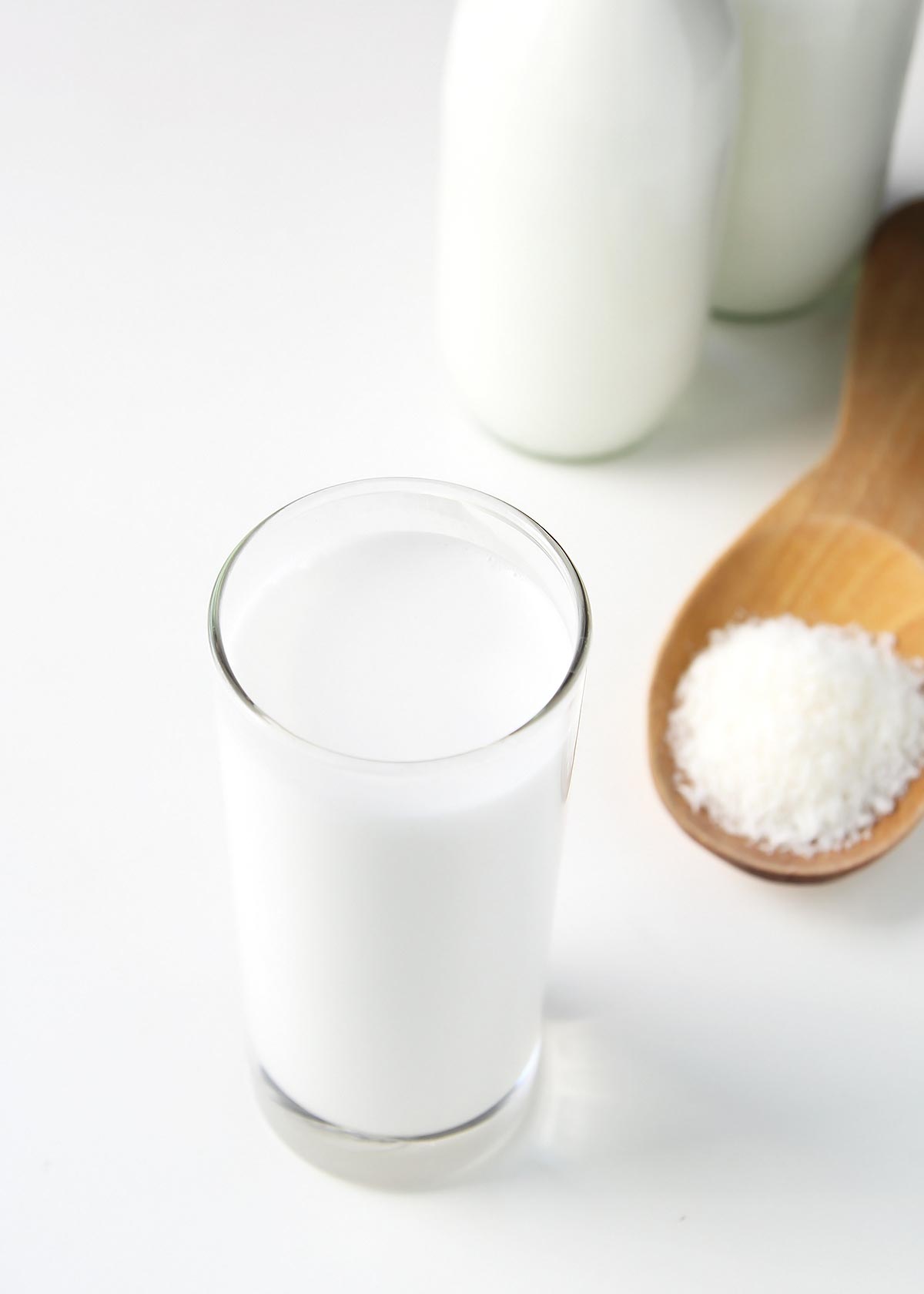 You can use shredded coconut or coconut meat pieces to make coconut milk.

How to Make Coconut Flour 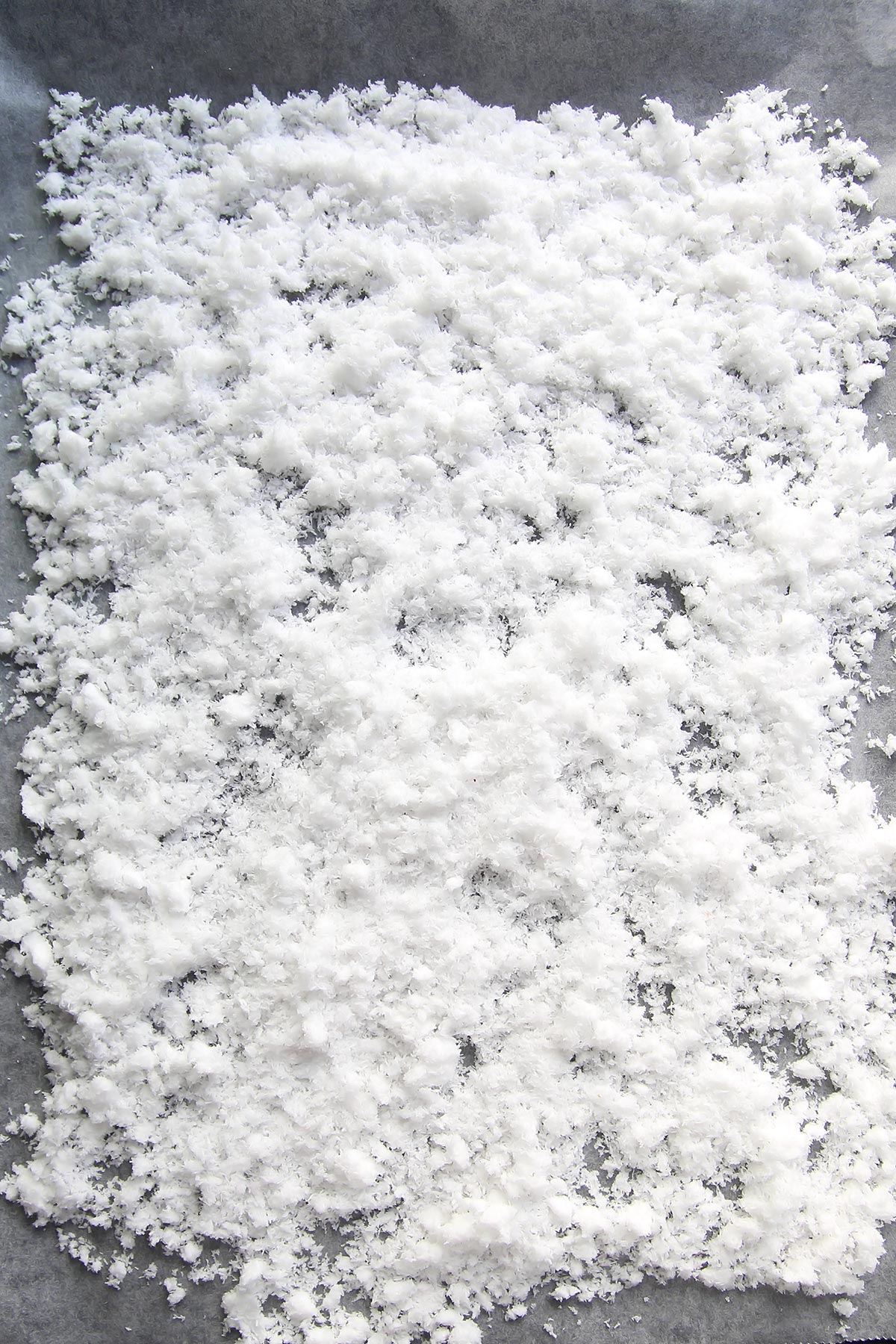 Use the leftover coconut pulp from the coconut milk making process to make coconut flour.

Spread the pulp on a baking sheet and dehydrate it in the oven on the lowest heat with the door cracked open. Or use a dehydrator if you have one.

Once the pulp has dried, grind it into a fine flour using a coffee grinder or spice mill. Use your homemade coconut flour in any of my coconut flour recipes. 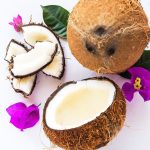 What to do with a coconut

Learn what to do with a coconut! How to open it, collect coconut water, release the meat and turn it into shredded coconut, coconut butter, coconut milk, and coconut flour.

How to open a coconut

How to Remove the Coconut Meat

How to Make Shredded Coconut

How to make coconut butter

How to Make Coconut Milk

How to Make Coconut Flour