Learn how to make this regional dish, the savory and tangy Greek Spinach Rice, or Spanakorizo. Dive into the Greek culture and explore a part of the world with hidden magic. 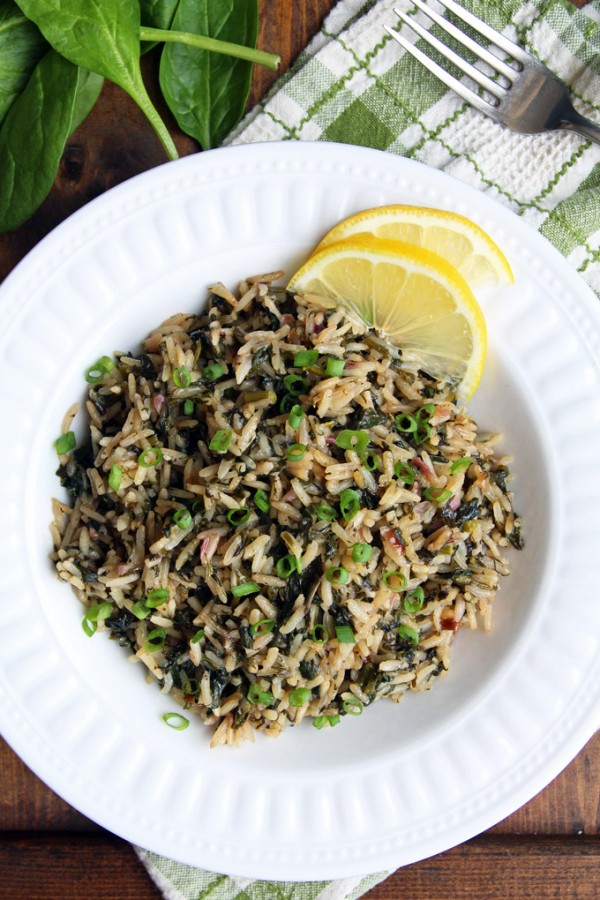 Olivia and I returned from our trip to my parents over the weekend. As expected, Olivia was a trooper once again. In the airport and on the plane she made everyone around her smile. She is a super independent baby and hasn't fallen asleep in my arms for months. So there were a few minutes of complaining when it was nap time and she seemingly couldn't get comfortable. But it really didn't take long and then she slept throughout the remainder of the flight. I mean, how cool is that?

Back at home we are trying to get back into our regular routine (as if that ever really existed) and to re-adjust to being just the 2 of us for most of the day. I have to say, having had my family around to look after her was a great treat. Sharing the responsibility was a much-welcomed reprieve for me.

I tell you what else was a great treat. Not having to cook for a whole week. Don't get me wrong: I love food and cooking, as evidenced by my blogging, and I also helped my mom prepare many meals there. But when cooking and recipe development kind of is your job (although the best I could ever imagine), it feels great to get a break sometimes. I think that makes sense. 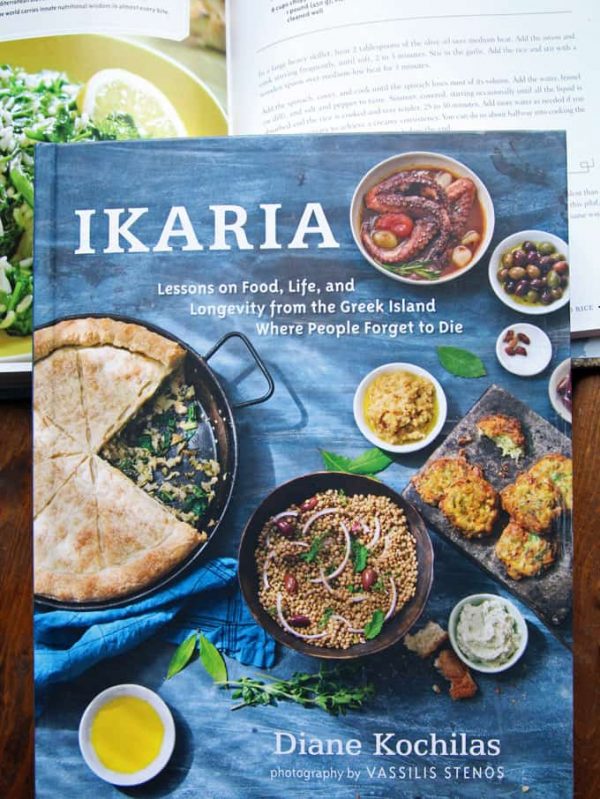 A Beautiful Cookbook Which Inspired This Greek Spinach Rice Recipe

And even if I am not cooking, I still love to read about food. My current favorite night time lecture is IKARIA. It is a cookbook but also so much more. The subtitle reads: Lessons on Food, Life and Longevity from the Greek Island Where People Forget to Die. I just think that's hilarious.

You might remember the article in the NY Times magazine a few years back that examined the many factors why people live so long on this small Greek island by the name of Ikaria. There are many contributors, and one of them is definitely the food. This is right where Diane Kochilas picked it up and created a vibrant cookbook full of delicious recipes from Ikaria.

A number of recipes are known around the entire Greek archipelago with only an Ikarian spin to them, while others are truly native to Ikaria. Aside from the great recipes within, there is also some truly stunning photography in this book. Not only of the delicious food, but also of the island and its people. 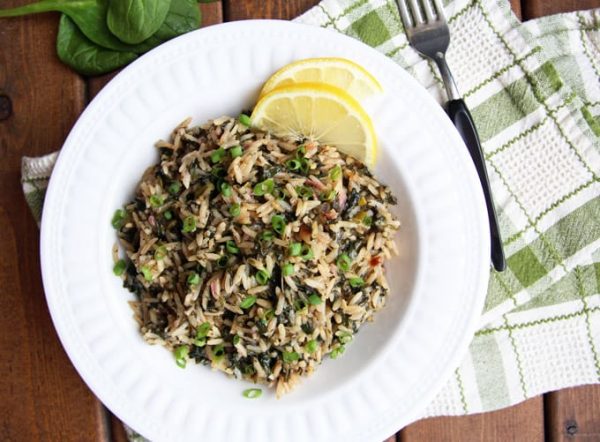 Wanderlust and Desire to Make All Things Greek

I also really enjoyed the storytelling that gives further insight to the Ikarian lifestyle, traditions and possible reasons why people seem to live here happily ever after. Reading IKARIA, the restless traveler's soul in me wanted to pack my bags and go experience the island, its people and its food for myself. Until that might happen, I can create my own Ikarian kitchen at home with this cookbook.

There are ingredients used in the recipes that might not be easy to procure. I suppose this is to be expected with authentic recipes. However, for the most part, there are suggestions for alternatives that are more accessible in North America.

In a sense, all the recipes can be considered 'healthy' in a way. Only real and whole food ingredients are used. The Ikarian cuisine is mainly plant-based with a focus on vegetables and greens with meat as only an occasional highlight.

If you would like to create your own Ikarian kitchen at home, enter the widget below for a change to win a copy of the IKARIA cookbook.

I already shared this festive cabbage slaw from the IKARIA cookbook earlier this year. And today I wanted to share a Greek classic. Spanakorizo or Spinach Rice.

The title almost says it all. Rice and spinach are cooked together into a creamy consistency. Dill (or fennel fronds) and lots of lemon give it a fresh, intense flavor.

I wasn't sure how Konrad would receive the bold flavors of this rice dish, but to my surprise he loved it! For my own taste I will reduce the lemon juice a little next time. 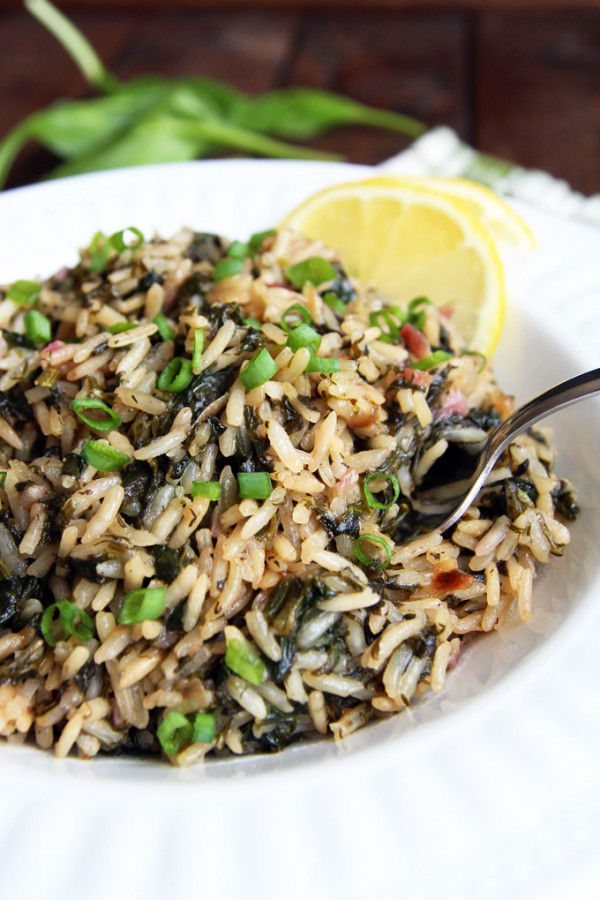 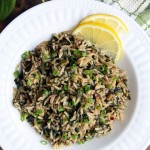 Spanakorizo is a traditional Greek dish made of rice and spinach with dill and lemon giving it a fresh and bold flavor.

Disclaimer: This post contains affiliate links. I was provided a review copy of IKARIA and another copy to give away to my lovely readers.

If you're into cultural dishes, be sure to try these similar recipes.