Light and fluffy frosting that is entirely dairy free! Whipped coconut cream makes it possible to eat your cake and the frosting too - all without dairy. And it's also gluten-free. 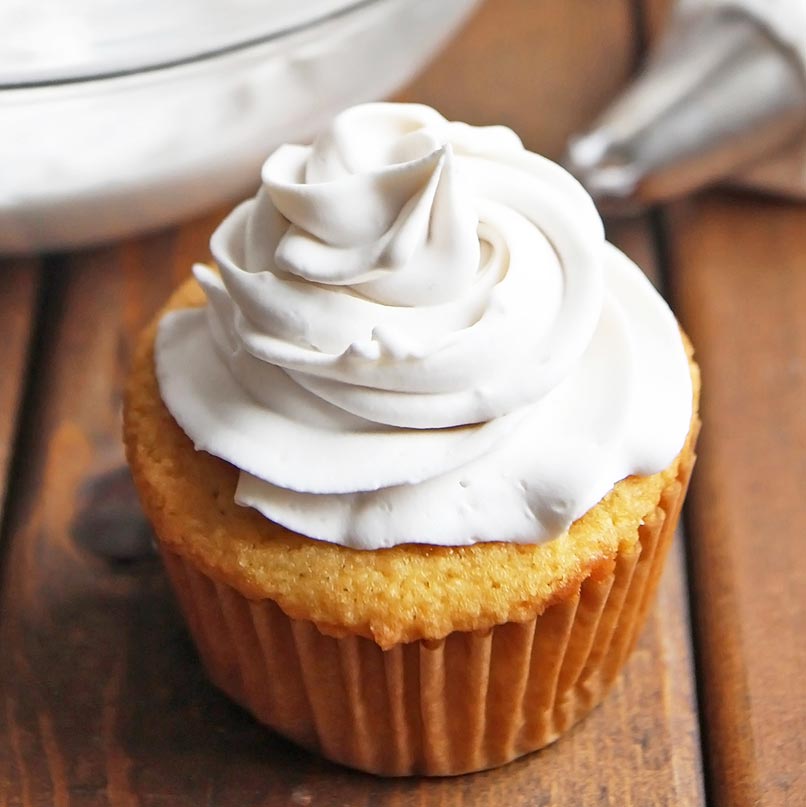 This coconut frosting is very easy to make. It uses only three ingredients, including coconut cream, maple syrup (or another sweetener), and vanilla. However, you can flavour it with other ingredients as well such as cinnamon, cocoa powder, orange extract, lemon extract, coconut extract, and more.

Coconut cream is naturally sweet with coconut flavor so it is a wonderful natural food to top delicious desserts with. It also has the unctuousness of a typical frosting, making it incredibly appealing for all dessert lovers, and an excellent replacement for the usual butter, cream, powdered sugar, and eggs that are typical components of frosting recipes.

A little bit of planning ahead is required when making coconut whipped cream. The base is a can of full-fat coconut milk that has to be refrigerated for 1-3 days.

If you ordered canned coconut milk online, you’ll first want to give them a rest in the pantry for about a week before moving them to the fridge. Even store-bought cans that got shaken up during the transport home benefit from a 24 hour rest period before refrigeration. 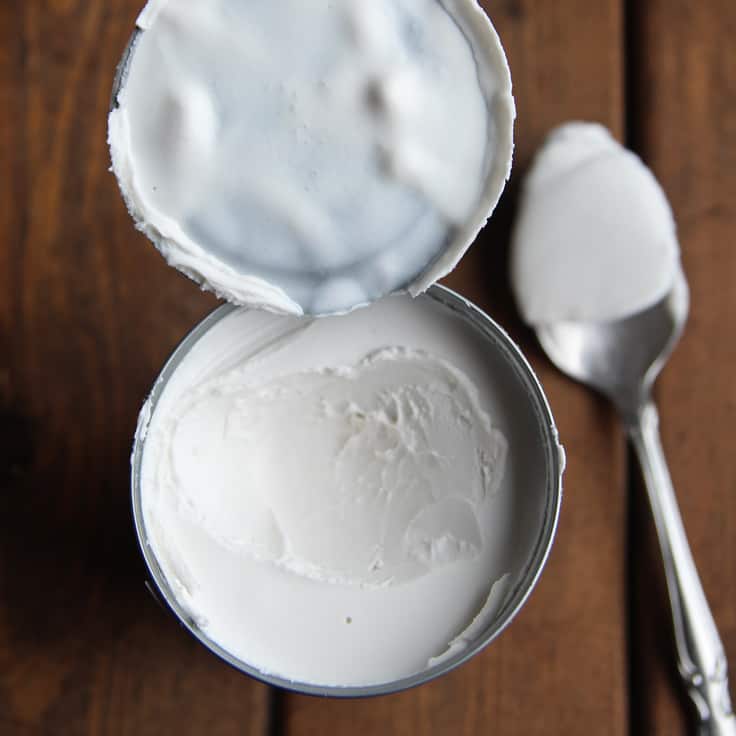 How the Refrigeration Process Works

While in the fridge, the lighter full-fat coconut cream separates from the water and solidifies at the top of the can. Once you open the can, the cream can easily be scooped off with a spoon and whipped into luscious airy clouds of heaven.

The remaining watery liquid doesn't have to be wasted. You can simply use it in your next smoothie or even freeze it until you are ready to use it for another purpose such as a coconut water lemonade, as a cooking liquid for coconut rice, or in frozen treats like ice pops.

Unfortunately, the separation of the cream and coconut water does not occur with some brands of coconut milk. This is because some brands use emulsifiers that are added to prevent separation.

I used to have the most success with Thai Kitchen brand (back in 2014/15), but not anymore. Instead, I now look for coconut milk brands that list coconut (extract) and water as the only ingredients. 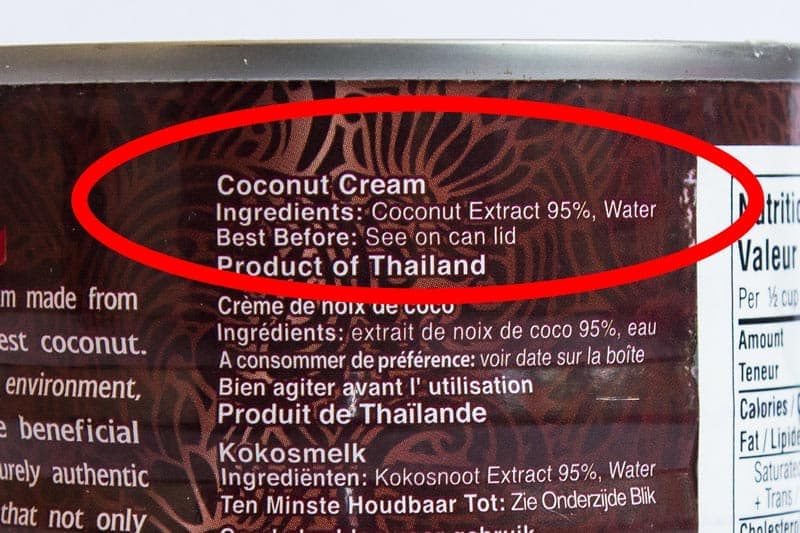 Since we lived in Thailand I am especially impartial to Aroy-D brand. It was the most common brand there and being able to get it here as well makes me almost nostalgic.

Then add the hardened coconut cream, maple syrup, and vanilla to the chilled bowl before beating the mixture on medium speed until it is fluffy.

At this point, you can use the cream to frost cupcakes or layer cakes, or even spoon on top of hot chocolate. It would be particularly great on a coconut cake garnished with toasted shredded coconut.

Can I use Canned Coconut Cream Instead of Coconut Milk?

Yes, absolutely! When I first published this post (in 2015), coconut cream wasn’t too widely available in Canadian stores. If I could find any, it was usually tiny 4-ounce cans. Now that normal 14-ounce cans of coconut cream are much more common, I actually prefer using that for making whipped coconut cream.

The process is still the same. You still need to refrigerate the can of coconut cream because it still contains water that needs to be separated from the full-fat coconut cream. However, the benefit over using coconut milk is that there is much less water in coconut cream. As a result, each can yields as much as twice the amount of whipped coconut cream.

The other benefit is that coconut cream usually doesn’t harden as much as coconut milk when it separates. Sometimes barely any whipping is necessary to make light, fluffy whipped cream consistency. 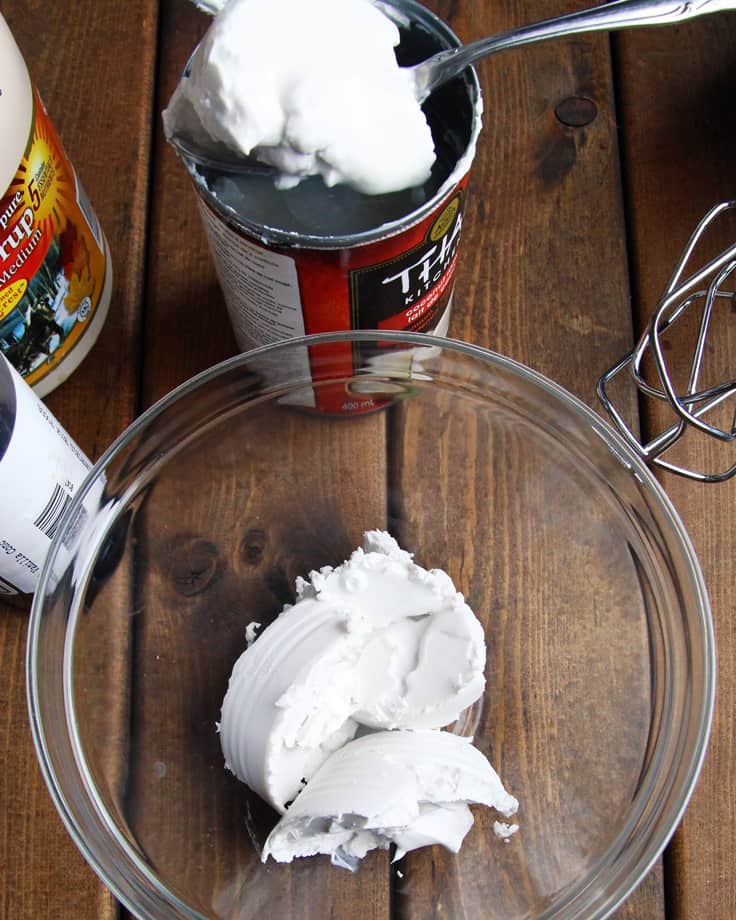 As mentioned above, any brand that uses nothing but water & coconut (extract) is your best bet!

How To Use Coconut Whipped Cream

Your imagination is really the only limit. Wherever you would typically use whipped cream you can use coconut whipped cream instead.

3. And finally, whenever I make a healthier version of frappes I like to top them with coconut whipped cream.

How to Flavor Coconut Whipped Cream

You can use almost anything to flavor and sweeten coconut whipped cream. Again, just use your imagination!

I usually just use a little sweetener (like maple syrup, but you could also use powdered confectioner’s sugar) and some vanilla extract for flavoring. Meanwhile, a sugar-free sweetener alternative that I recommend is monk fruit syrup, powdered sweetener or even stevia. You can also add a pinch of salt to bring out the sweetness more.

If you would like to change the flavour of the coconut cream for other purposes, feel free to stir in your choice of flavor extracts or ground spices. How about muddled fruit like strawberries, lemon/lime juice, or even caramel sauce?! Cocoa powder or melted cooled chocolate would also be awesome to make whipped coconut cream chocolate frosting. Mmm…chocolate + coconut. Yum! 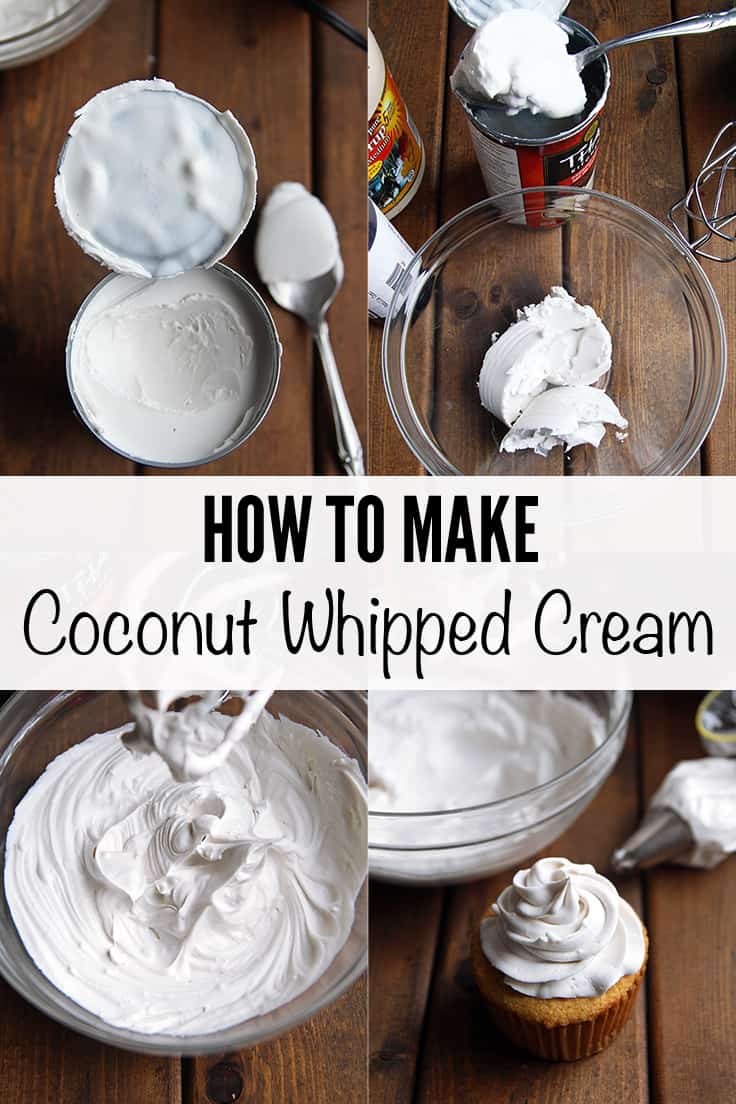 How to Store Whipped Coconut Cream

Unlike most buttercream frosting, this coconut cream needs to be stored refrigerated – unless it is winter and your kitchen's room temperature is quite cold. I recommend topping desserts or drinks only right before serving.

You can make the whipped coconut cream ahead of when you plan to serve it and store it in the fridge until ready to use.

How to Use Leftovers

If you happen to have any leftover coconut milk icing, it can be stored refrigerated for a day or two. After that, I freeze it in ice cube trays. The coconut cream cubes can be used in smoothies as a flavourful, frosty component, however, you can also thaw them in the fridge and then re-whip them to use as a frosting on desserts or add as a topping on hot beverages.

If you want to get even more nerdy and learn nearly everything there is to know about full-fat coconut cream (the thick creamy stuff you can isolate from the top of either coconut milk or cream) you HAVE TO read Ashlae's post over here!!

She's really got it down to a science! 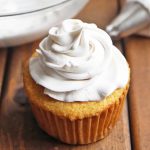 **Unfortunately, with some brands of coconut milk this separation of cream and water does not occur.