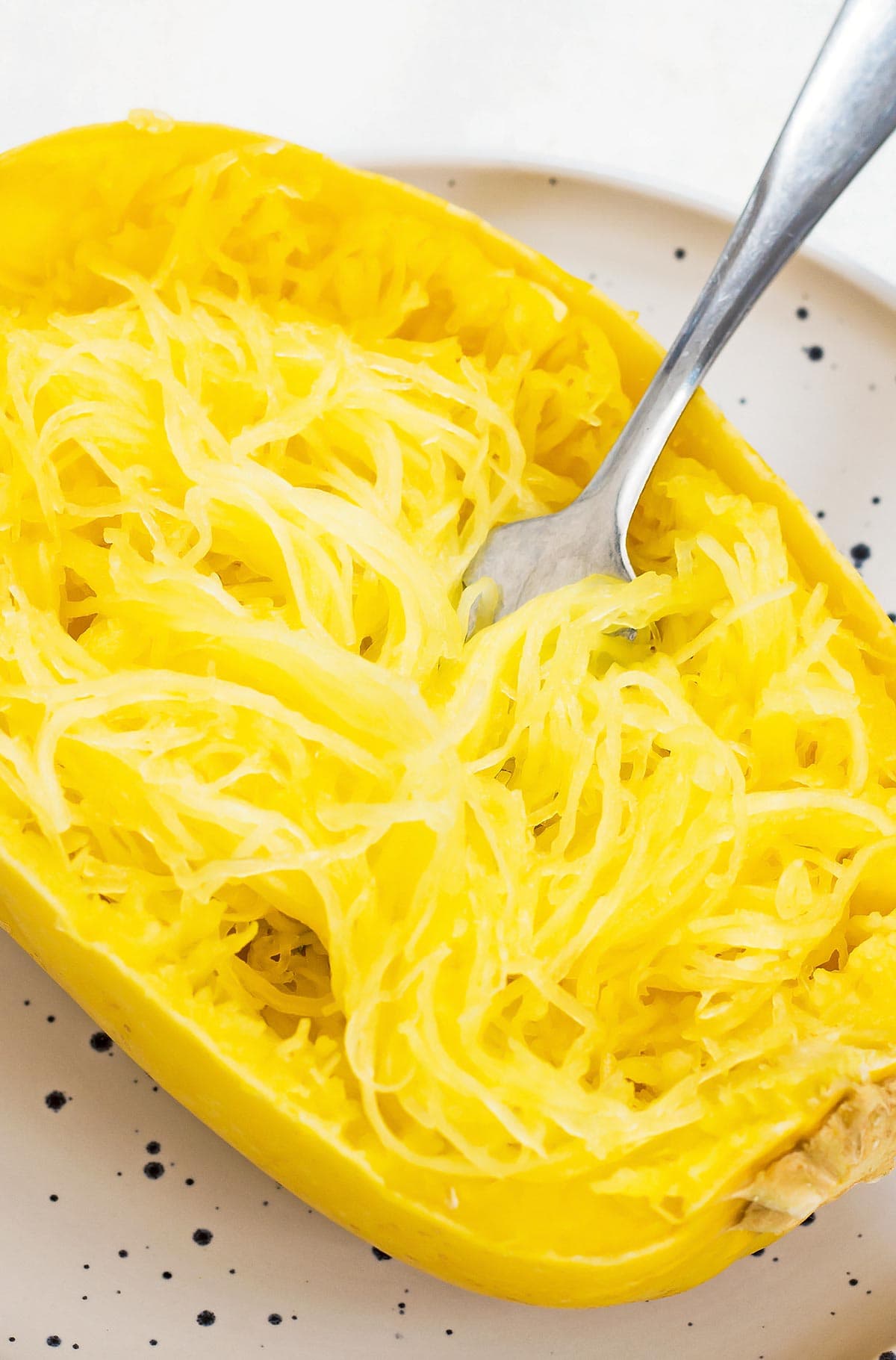 How to Choose the Right Spaghetti Squash

There is nothing quite like in-season spaghetti squash with a mild and slightly sweet taste. If you would like to serve squash to family members or friends who are less than enthused by it, this is the perfect squash to choose. It doesn't have the same robust flavour as something like butternut squash, so it may be much more palatable for those who are new to squash.

Spaghetti squash is firm and oblong in shape. Moreover, when you make spaghetti squash, you can separate the inside flesh into spaghetti-type strands. Spaghetti squash, like zucchini noodles, is perfect when you need a low carb pasta or simply would like to get another serving of fruit/veggies in.

When shopping for spaghetti squash at the grocery store or farmer's market, look for one that is a beautiful yellow colour. If there is any green on it, it likely isn't ripe and won't have as sweet of a taste. You should also look for a squash that doesn't have any cracks or disfigurations if possible.

Spaghetti squash will keep for quite a while, so you may want to stock up on a few when they are at their peak in the fall. In fact, they should stay fresh for up to 3 months in a dark environment that is cool. 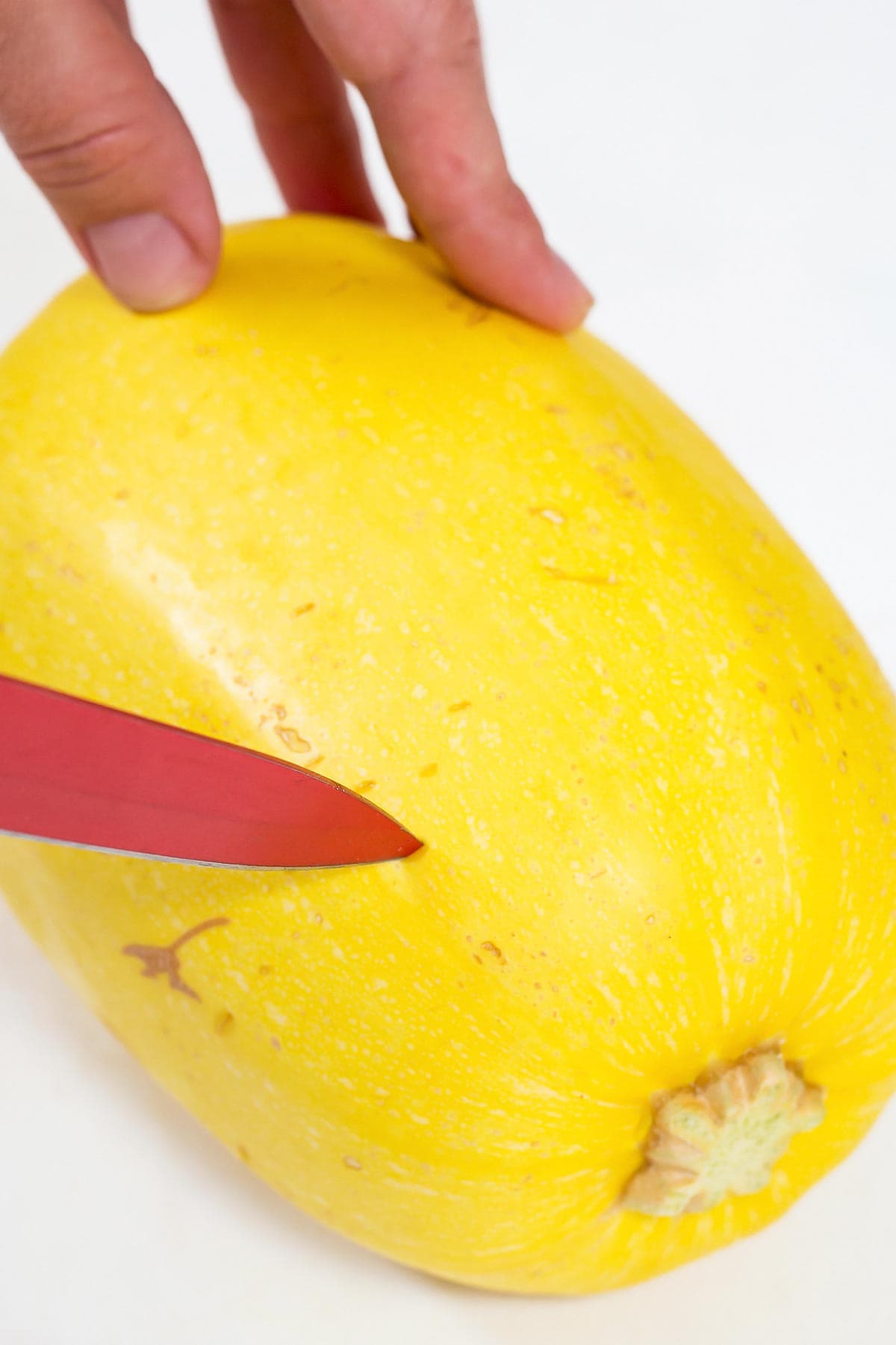 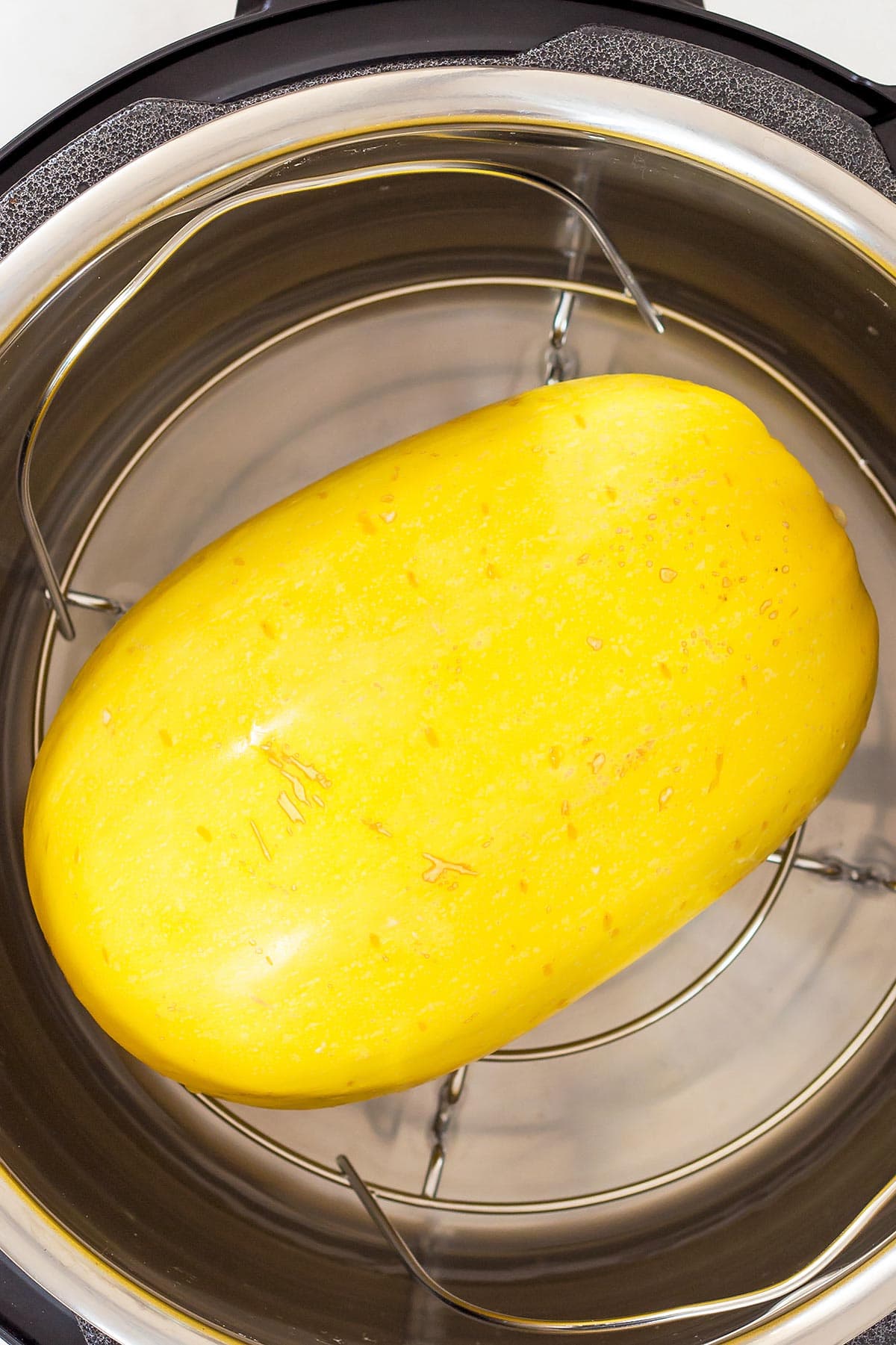 After pressure cooking the squash, you should release the steam via quick release. This is where you push the valve from the sealing to venting position to release the steam. If you are uncomfortable with this step, wearing oven gloves can help ensure you don't burn your hands. I also recommend that you operate your Instant Pot in an open space so that you don't get steam all over your cupboards.

In this case, using a fork, you can shred the pressure cooker spaghetti squash while leaving it in the squash hollows. Then, you can top it with your favourite sauce. In both cases, be sure to remove the seeds. While edible, they may not be very appealing to eat.

The Benefits of Steaming Squash Whole

If you pressure cook spaghetti squash halves, it will result in a quicker cooking time. However, steaming a whole squash is much easier. For one thing, you don't have to work on cutting the spaghetti squash in half if that makes you uncomfortable. For another, the interior stays protected from the steam, which can make spaghetti squash watery and less appealing to eat.

The one disadvantage is that the whole squash will take longer to cook than squash halves, even under high pressure. However, a lengthier cook time is a reasonable trade-off for easier prep and less watery results. 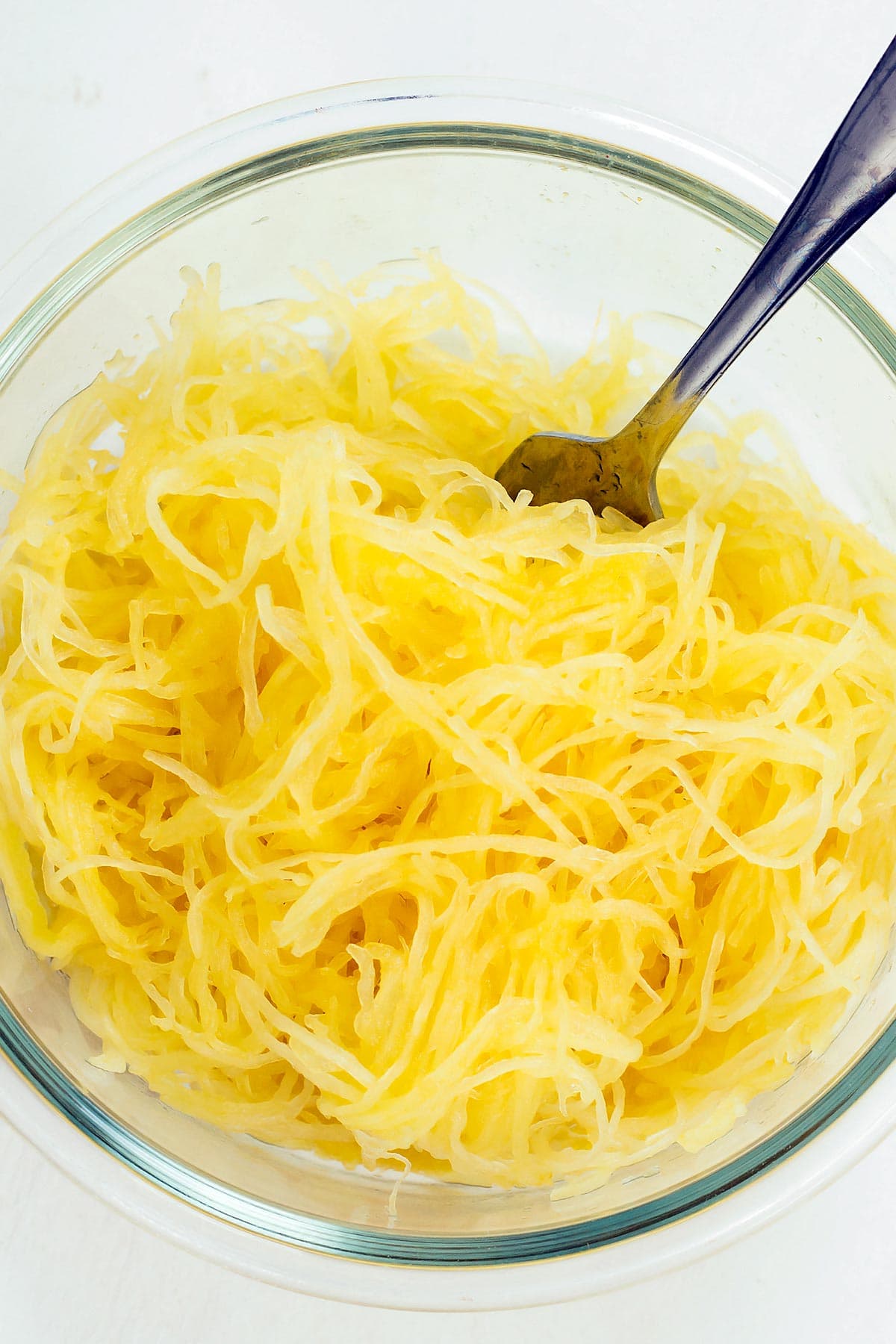 At its simplest, you can scoop the spaghetti squash strands out of the squash halves into a bowl, and simply season them with some salt and pepper, nutmeg, and olive oil or butter if desired. This combination is great as a side dish on a Thanksgiving table or just a regular meal alongside roasted chicken.

Another way of serving spaghetti squash would be on a plate and dolloped with pasta sauce, like Bolognese, pesto, marinara, or even peanut sauce for an Asian spin. You can also add the shredded squash to casseroles, replace traditional potatoes with the squash for latkes, or bake it with cheese for a gratin. The possibilities are endless when you have a food as good as this! 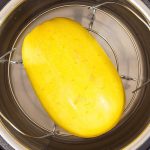