This paleo tigernut granola is a perfect replacement for granola with oats, which those on a paleo diet cannot eat. With the addition of coconut flakes, maple syrup, and cinnamon, this granola is even AIP friendly and just as delicious as it is healthy. 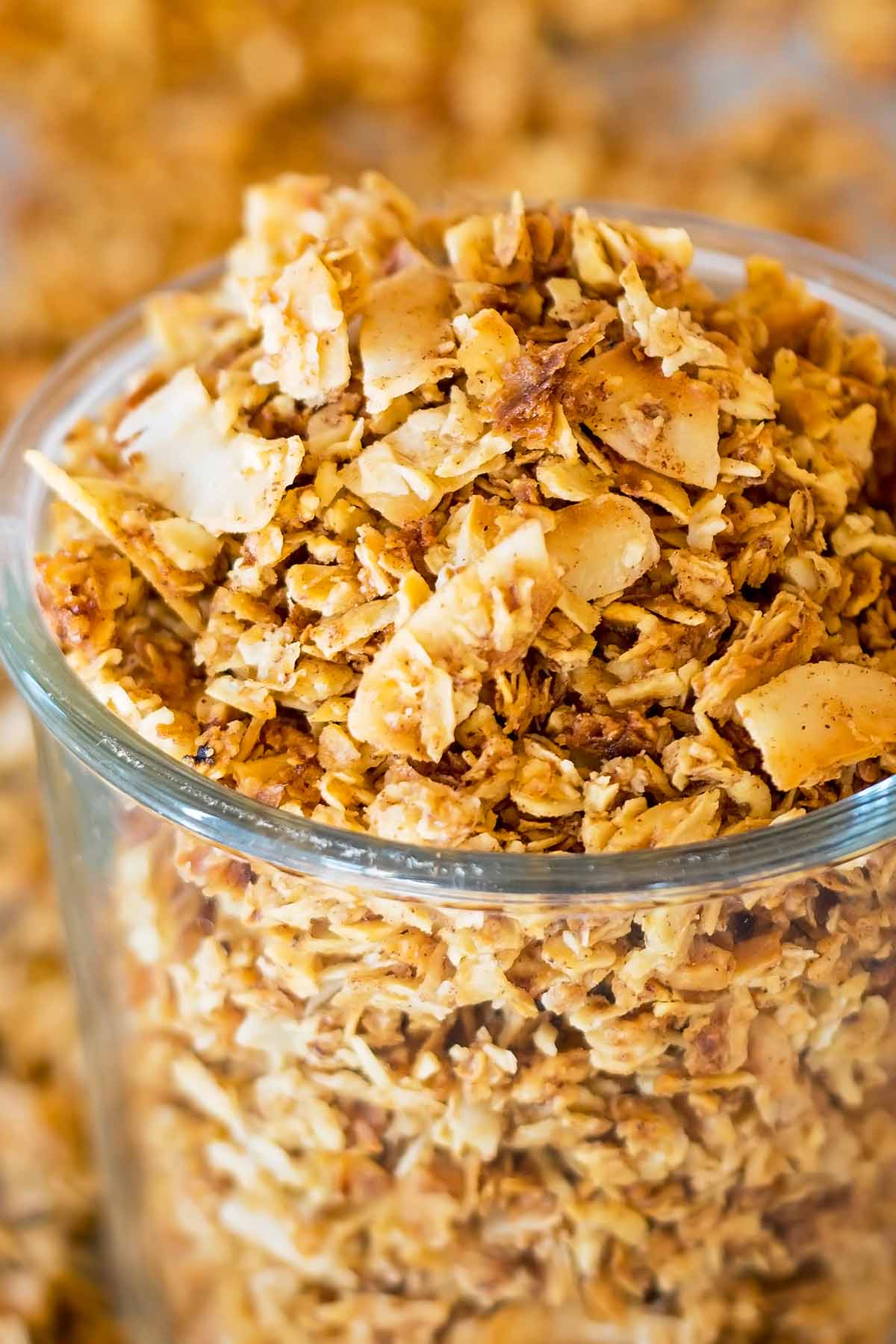 What is Paleo Tigernut Granola

This paleo tigernut granola is made from maple syrup, coconut flakes, coconut oil, vanilla, cinnamon, and salt. Each of these ingredients is suitable for those who eat a paleo diet or AIP because, unlike other granola recipes, it does not contain oats.

A paleo diet involves one eating the way that people supposedly did during paleolithic times, involving ingredients like seeds, nuts, fish, meat, vegetables, and fruits. These are all foods that people can garner through hunting and gathering. Meanwhile, the diet does not include foods that are produced on a large scale through agriculture such as grains, legumes, and dairy. 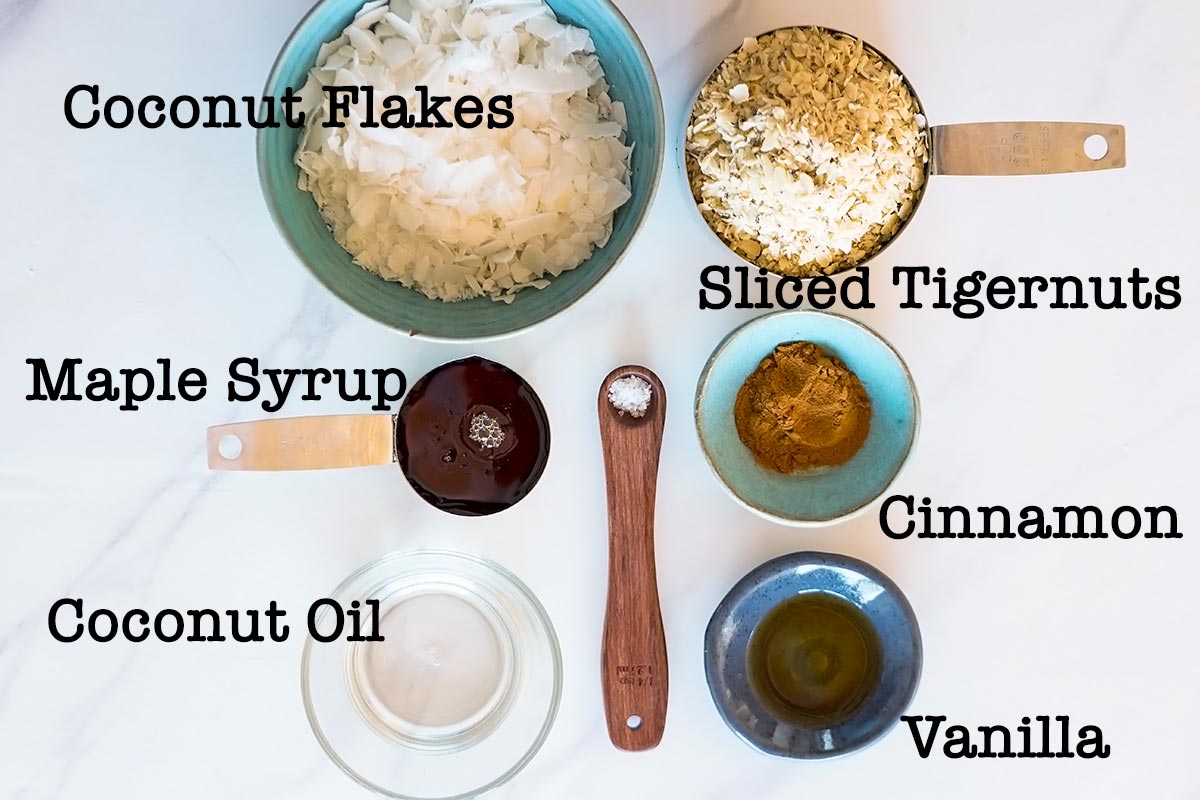 How to Make Paleo Tigernut Granola

To start making this grain-free granola, preheat the oven to 300°F. A lower oven temperature is essential for homemade granola recipes due to the delicate nature of ingredients like coconut and nuts. Too high heat for a lengthy period of time can cause those ingredients to burn.

Next, line a large baking sheet with parchment paper. You could also use a Silpat silicone liner to line your baking sheet if you like.

The next step is to whisk your liquid ingredients together in a bowl. These include maple syrup and melted coconut oil, along with the flavouring ingredients of vanilla and salt. Then, stir in the sliced tigernuts and coconut flakes until coated before spreading the mixture onto the baking sheet in an even layer. 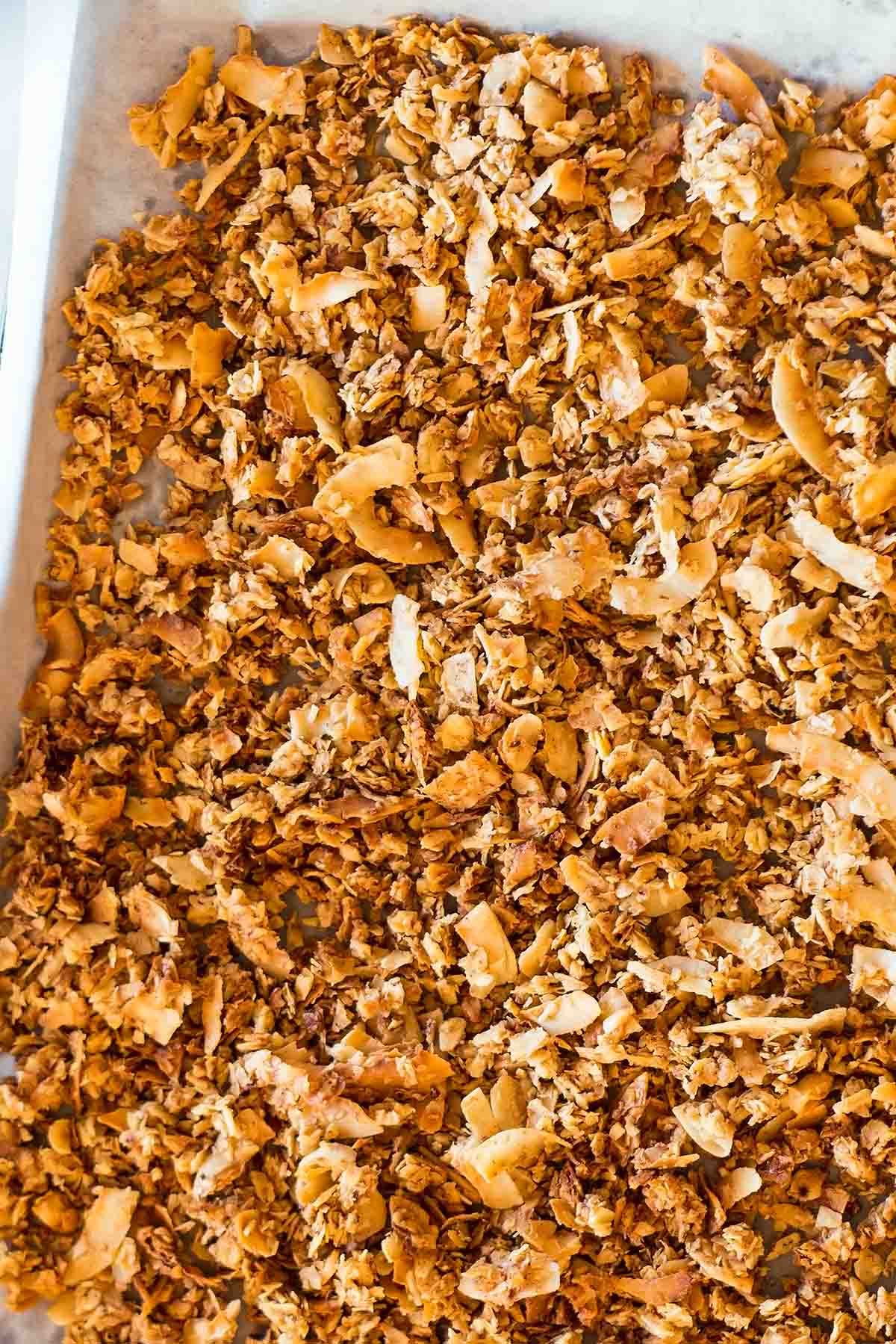 The mixture should bake for a total of 40 minutes, with you stirring it halfway through to ensure even baking. Once the mixture has toasted in the oven, allow it to sit on the counter to cool before placing it into containers to store. At this point, you could toss in a 1/2 cup of raisins as well if you like. Dried fruit should always be added to granola recipes after baking as the heat from the oven could cause it to blacken and lose its supple texture.

The granola mixture will be a wonderful breakfast or snack for you to have on hand. Just store it in an airtight container or mason jar, and store it for up to three weeks. 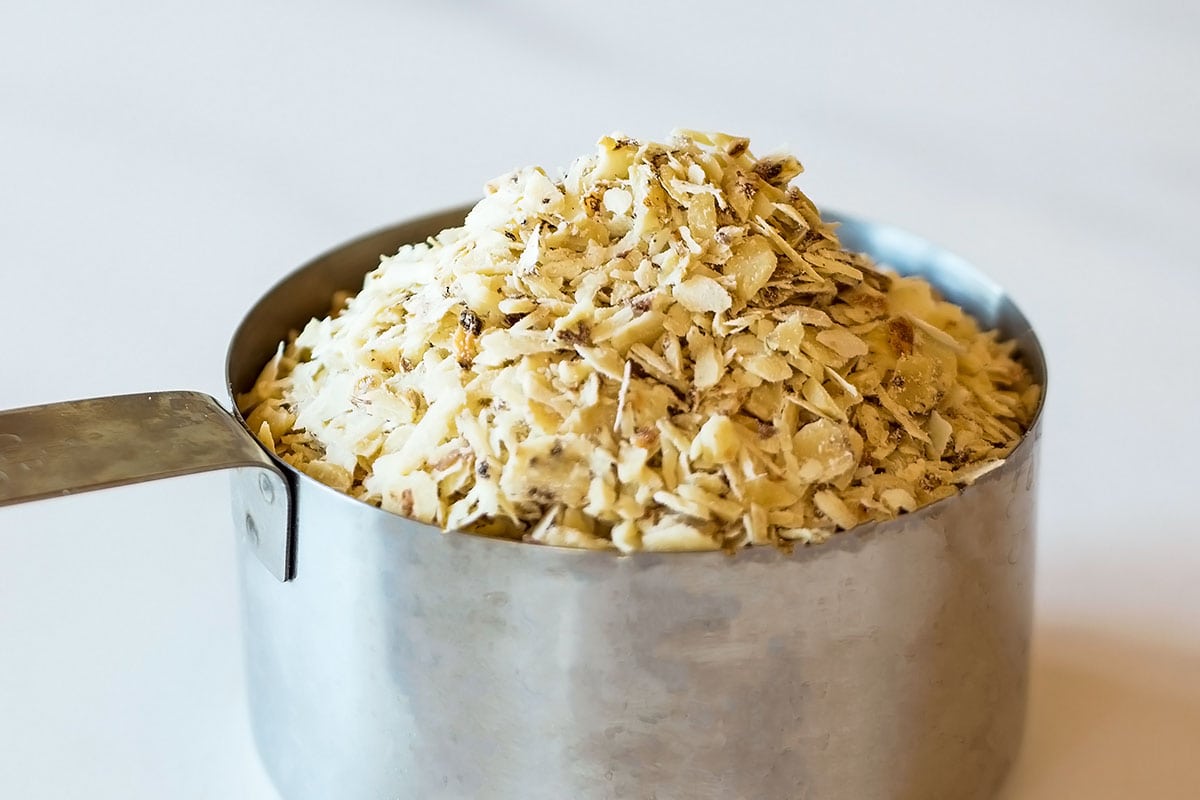 Tigernuts are not nuts at all, but rather tubers from a type of sedge grass. These tubers have a tiger stripe appearance, which is how they received their name. They are frequently sold dried for shelf stability, either whole or sliced. For this paleo granola sliced tigernuts are perfect to mimic the size and texture of oats that are typically used in granola.

You may also find tigernuts in the form of tigernut flour or tigernut milk. However, if you can get them fresh, they can also be eaten as they are, boiled, or juiced. 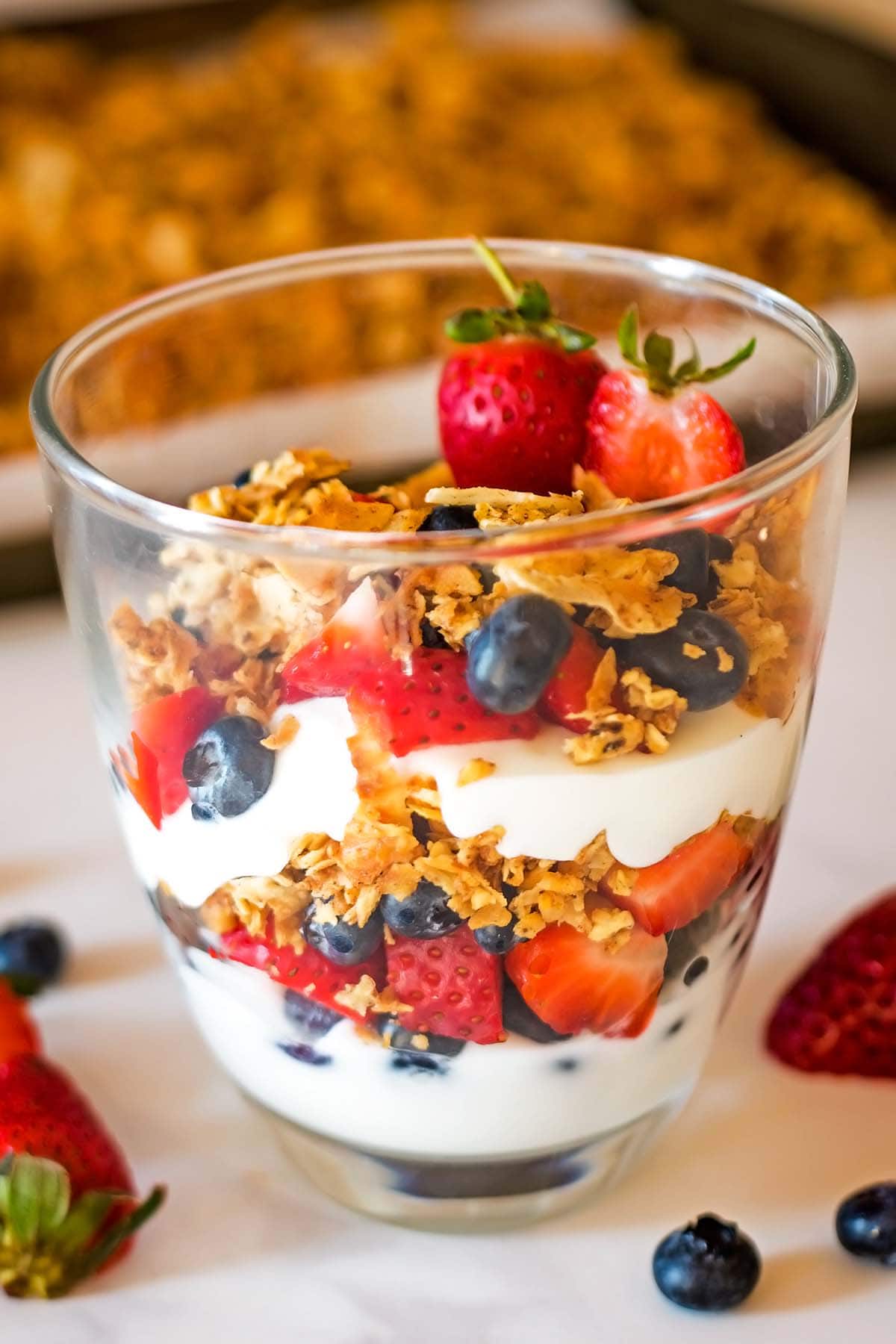 How to Serve Paleo Granola

This paleo granola makes a great snack to send in kids’ lunches if desired because it will provide them with significant energy and is delicious. However, you can also enjoy it in a bowl with your choice of dairy-free milk (such as almond milk, coconut milk, or soy milk) as a cereal. It is also particularly great added to a parfait-style breakfast or dessert layered with coconut yogurt and fruit. Here are a few less orthodox ways of serving and eating this paleo granola. 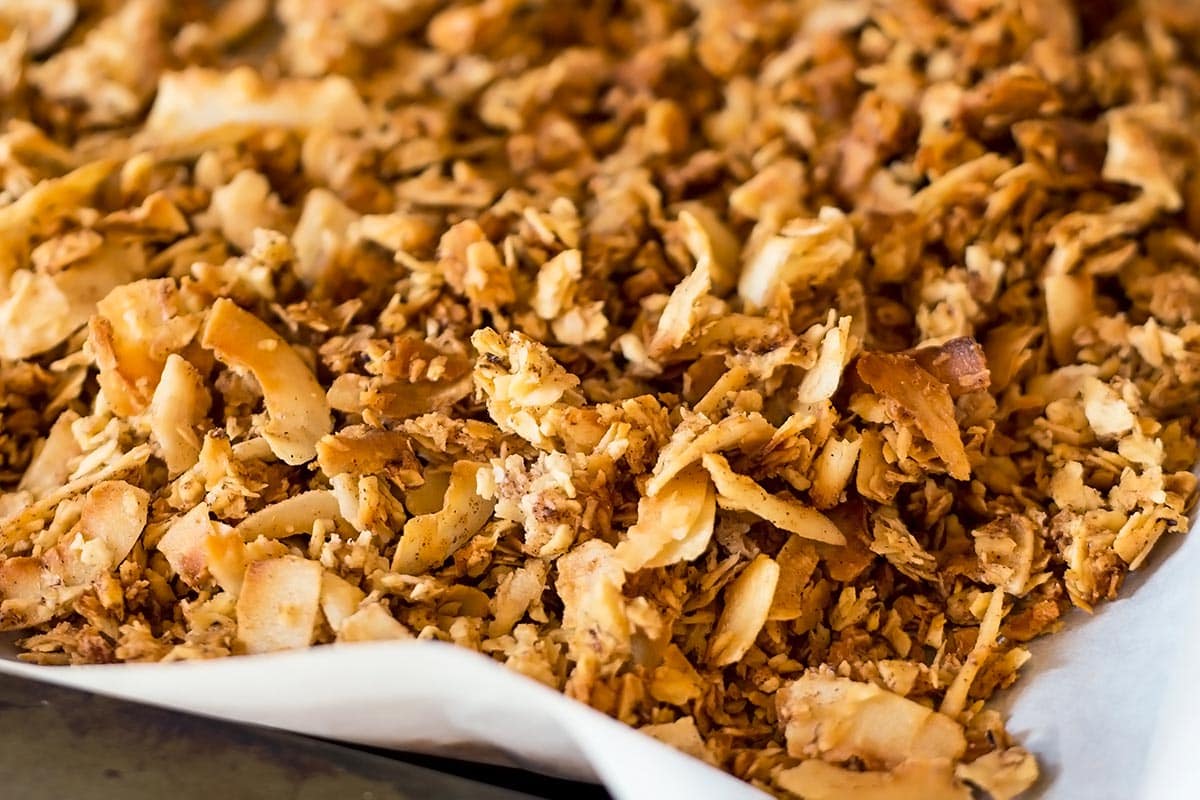 While this paleo tigernut granola is perfect as it is, you can include different ingredients according to what you have on hand. Here are some ideas: 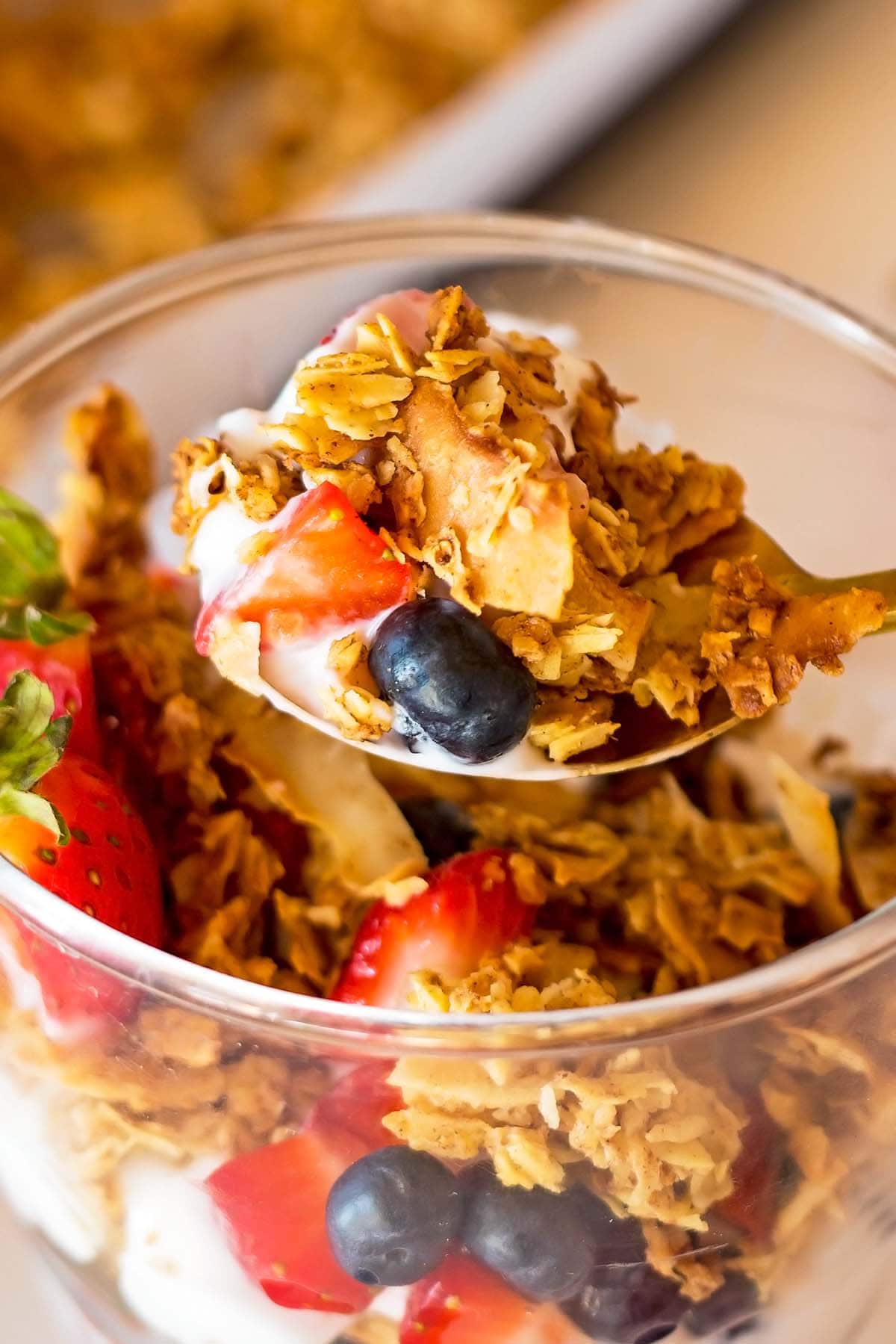 Other Diets this Paleo Granola is Suitable For

Since this paleo granola recipe includes so many healthy ingredients, it is suitable for several different diets. In addition to the fact that those on a paleo diet or AutoImmune Protocol (AIP) can eat it, the recipe is completely plant-based meaning that it is suitable for vegans and vegetarians. Of course, if you don’t have coconut oil on hand, you could replace it with melted butter for delicious results, but it is nice to know that you can use coconut oil as a vegan option in this recipe.

The high calories in this granola make it excellent for those who need some sustenance after a workout as well. It is also gluten-free since it doesn’t include any grain products. 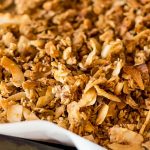 This paleo tigernut granola is a perfect replacement for oats, which those on a paleo diet cannot eat. With the addition of coconut flakes, maple syrup, and cinnamon, this granola is just as delicious as it is healthy.