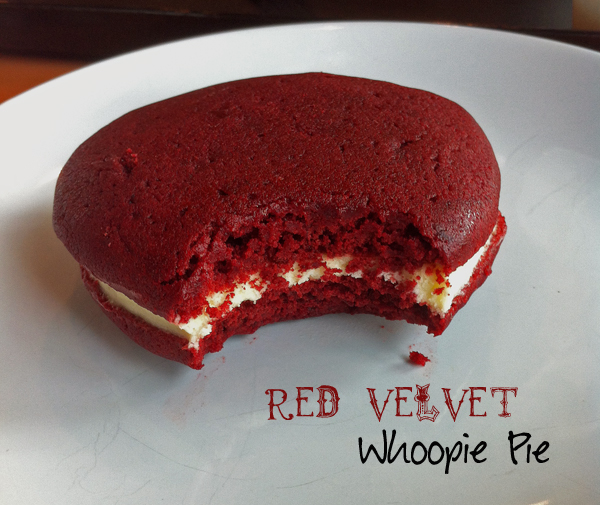 My husband absolutely loves burgers. I am certain it will take more than a week of 2 burger meals a day to get him only slightly tired of them.

But the other day he suddenly craved salad! Can you imagine! Well, I think when he voiced his wish, the earth went out of balance a little bit. Some dark powers were at play. Because it seemed like the whole universe had started one big game on us and salads. Let's get into it.

You should know, also, that he didn't want any salad apart from the Caesar salad from a newly opened cafe down our street.

Celebrations for Loi Krathong Holiday and a Salad Mission

Well, he probably just chose the wrong day and location to be picky about where and what to eat for supper. And I mean, the really wrong day. Celebrations for the Loi Krathong holiday had been going on the entire week already.  And this particular night there was a huge parade going on right on our street.

The entire road was blocked off for the parade. Groups upon groups of young Thais dressed in traditional outfits pushed fancy lit wagons or carried decorated poles through the streets. At the same time, it seemed like every tourist  in Chiang Mai and just as many locals gathered on the sidelines to watch the procession. It was totally fascinating.

And we would have done the same, if not for our salad mission. 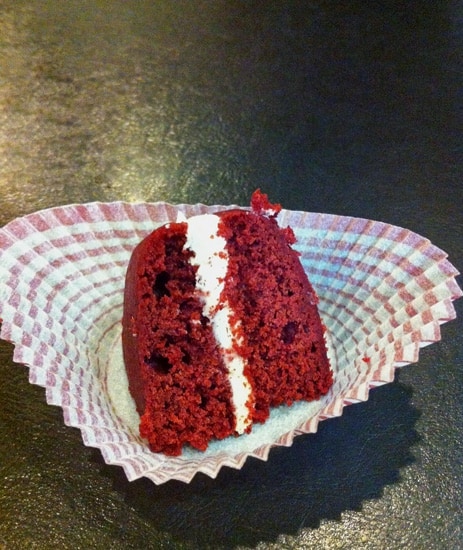 Thailand Adventures to Find Salad and Settling for Something... Else

And we had to fight the masses to get to our salad place. Once there, we actually had a good view of the parade and weren't too bored during the wait. But eventually the procession moved on. Still no food. A travel magazine was my next source of entertainment. I finished the entire magazine and it seemed like we had waited for at least an hour. What to do, what to do...

A look at the time confirmed it was indeed an hour and 20 minutes since we ordered. Guests that came way later than us were already finishing their meals. We were fed up and REALLY starving. We just paid for our drinks and tried our luck at a vegetarian place.

They weren't far, just the other end of the street. But you guessed it, we had to fight our way through all the people AGAIN. Oh boy, you better not get in my way when I am starving. Have you heard of the term "hangry" before? It means hungry / angry. Well, that was me!

However, to our surprise, the vegetarian restaurant did not have any Western style salads at all.

Entirely frustrated, deflated, defeated, we just gave up all healthy ambition and went to ... McDonalds! It's right by our current place. Had we smartened up earlier, there would have been no need for any crowd fighting at all. But don't you think we had salads there. No, MacDonalds in Thailand only has good ol' burgers... and fried chicken...and some ridiculously spicy rice dish. A hilarious twist on the story!

We went all out and had a feast of Filet-o-Fish, Chicken Nuggets, Cheesebuger and McChicken. Come on, don't judge us. These were special circumstances and usually we love Thai food from the street markets. 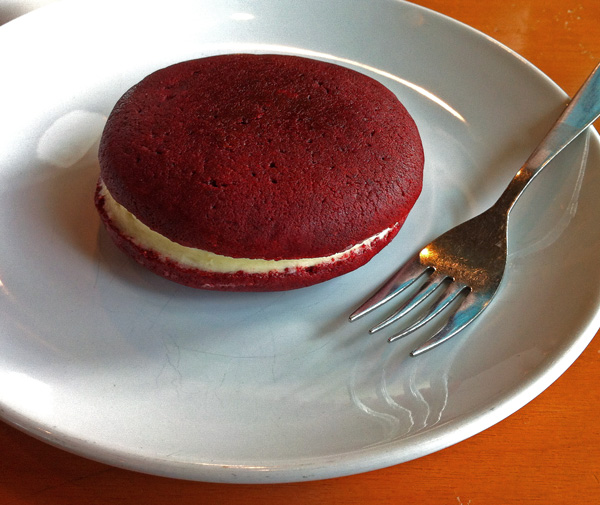 Let me suggest something totally different to you though, not salad and not McDonalds. How about the ever popular red velvet cake in form of small and handy whoopie pies with yummy cream cheese filling.

I think Christmas (and Valentine's Day) are the perfect holidays for red velvet cake. But to be honest, I need no holiday to enjoy RVC. We had these whoopie pies at a local Starbucks in Chiang Mai after we got lured in by the bite-sized items that the baristas hand out ever so often.

As for the recipe, the following is by the uber-talented Michelle from Brown Eyed Baker. Enjoy this fantastic recipe! 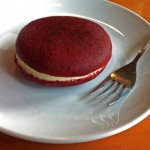