Making Slow Cooker Chicken Broth is super easy. The broth can be used for noodle soup or frozen for future use. 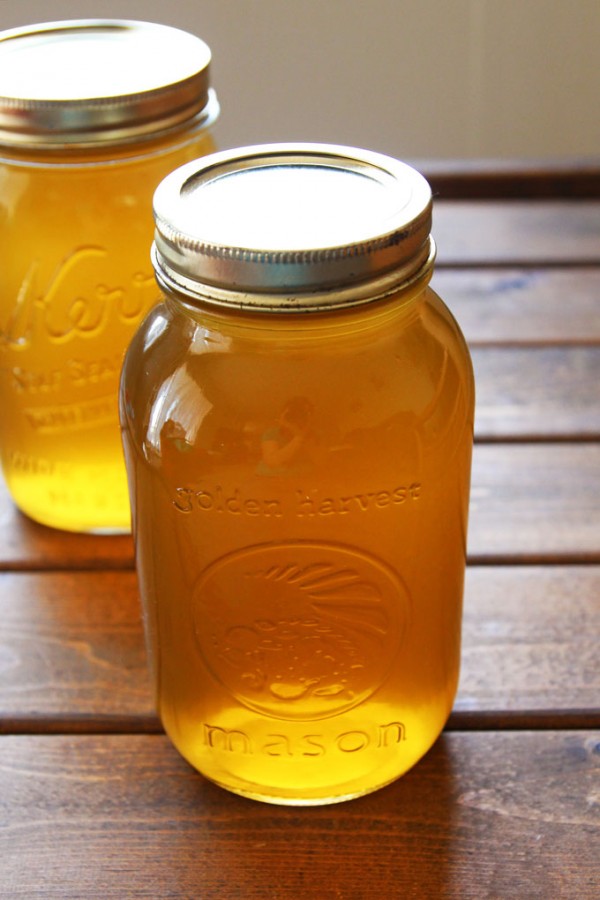 I never thought I would be one of those people but I actually started making my own chicken broth. In the slow cooker, no less. So it’s almost effortless.

This isn’t the only kind of chicken broth I use now (I still love the jarred bouillon paste in a pinch), but for chicken noodle soup this is definitely the BEST!

My parents have a little homestead where they raise their own chickens for eggs. In order to keep a good supply, the chickens are rotated ever so often. And this is how I get my hands on a soup chicken once in a while. 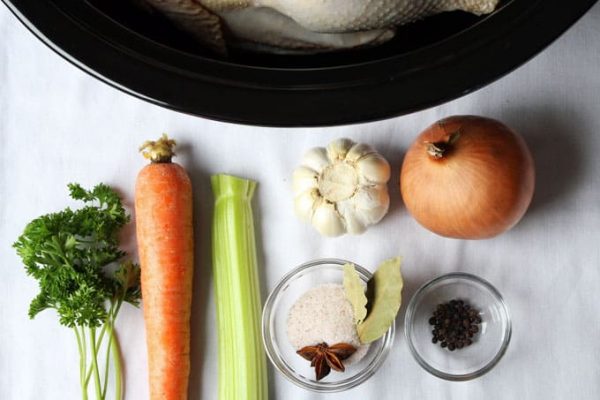 Use Different Chickens and Add Veggies

These are usually older hens, so they are too tough for roasting, grilling etc. But they make delicious broth. And after 10-12 hours in the slow cooker the meat usually gets soft enough for soup.

But an old hen isn’t the only way you can make your own chicken broth. You can also collect the bone carcass and skin of roasted chickens. I will freeze them in a Ziploc until I have 2 or 3 to make a full batch in the slow cooker again.

To the chicken (or bones) I am adding some vegetables and spices for a unique, deliciously flavored broth. 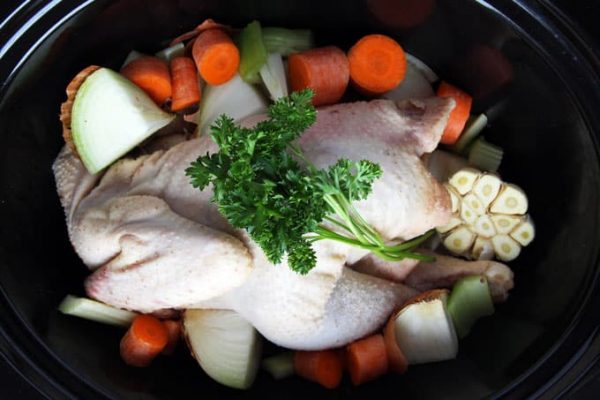 Use Whole Veggies, Herbs, and Spices in Your Slow Cooker

The is an onion, a whole head of garlic, one carrot and a celery stalk. Use all of them cleaned but still with their peels, since there are a lot of nutrients in those. Chop them up in fairly large pieces (just cut the garlic head in half) and add to the slow cooker.

For seasonings, I use a small bunch of parsley, salt, whole peppercorns, one star anise pod, and bay leaves. This is a flexible list. If you don’t have all of these ingredients, don’t let this hold you back from making your own chicken broth.

Add everything into a slow cooker (6 quarts) and fill up with water. When using a whole chicken I can add about 3 quarts of water. More if using just bones. 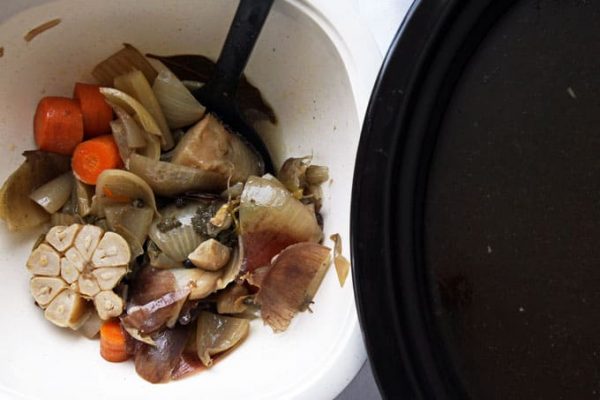 Allow Plenty of Time, Discard Veggies and Bones, and Strain

After 10-12 hours in the slow cooker (some will even do 24 hours), lift out the chicken (bones) and vegetables using a slotted spoon.

You can discard the vegetables and bones, but if using a whole chicken carve out some meat for a noodle soup.

To further clarify the broth, pour it though a fine-mesh strainer (you can even line it with cheese cloth). 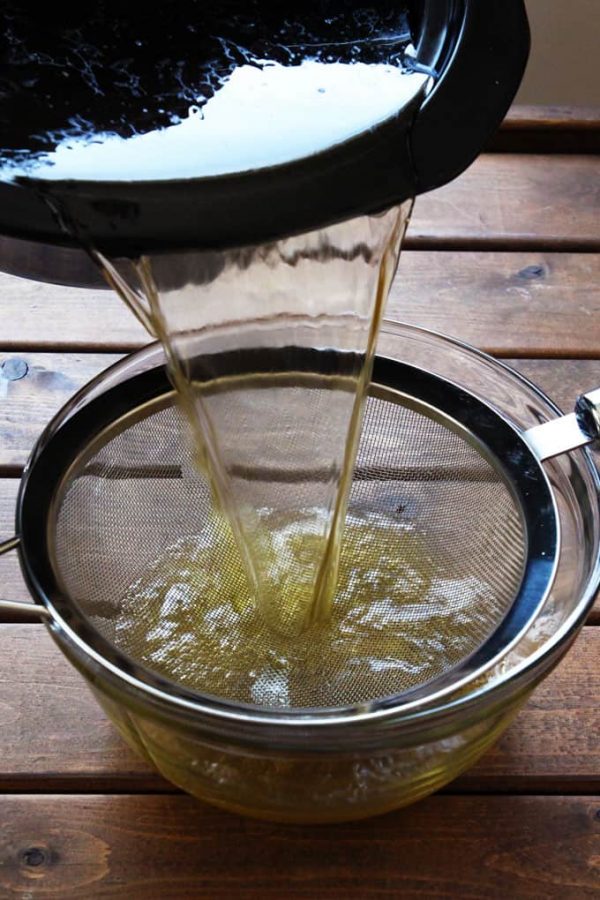 Use Mason Jars, Freeze, and Enjoy!

I usually end up with just a little less broth than water. For 3 quarts of water, I had 2.75 quarts broth.

Fill it into mason jars and keep in the fridge for up to 4 days. For later use, freeze it in quantities you usually work with (1/2 cup, 1 cup etc.) in Ziplocs or plastic containers.  I’ll even freeze some in an ice cube tray for when I just need a few tablespoons in sauces and the like. 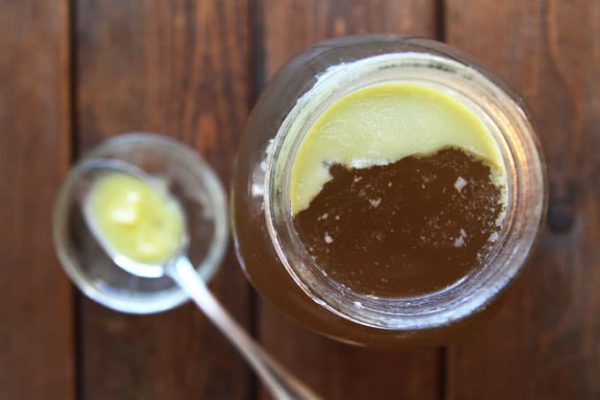 Remove the Fat and Prepare for Chicken Noodle Soup!

If you would like to remove the fat from the broth, it’s easiest when you chill the broth. The fat is floating on top and just solidifies. Just scoop it off with a spoon.

And hopefully by next week, I’ll have a recipe post recipe for you on how to make delicious chicken noodle soup with this broth. 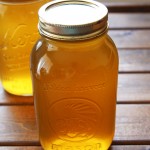 Making Slow Cooker Chicken Broth is super easy. The broth can be used for noodle soup or frozen for future use.

*For a less pronounced garlic flavor use only 2-4 cloves cut in half.

If you like this broth, try these similar recipes!