Luscious fall apples paired with the flavors of caramel and brown sugar all in this delicious Apple Caramel Cupcakes recipe. 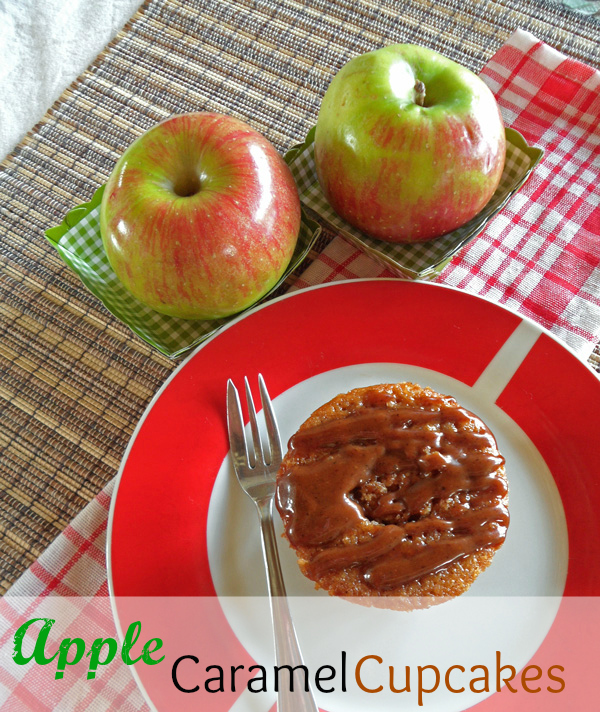 Caramel and apple make a wonderful pair, that's why these spiced apple cupcakes are filled AND glazed with caramel.

Today is October 1! The official beginning of fall was over a week ago and I rang it in with a super easy Pumpkin Cake with home-made pumpkin puree. Somehow, for me though it only really REALLY is fall once the calendar shows it's October.

I already made apple chips last week and to greet the month that spells FALL like no other I thought to pair luscious apple with one of it's most suitable companions: Caramel!

While these spiced apple cupcakes were baking, they sure made the kitchen smell autumy although it was on tropical Bali. I made it really simple by using a butter cake mix that I spiced up with diced apples and vanilla powder, cinnamon and brown sugar (the only suitable 'spices' I could find here). Some clove and cardamom would have been really nice too. 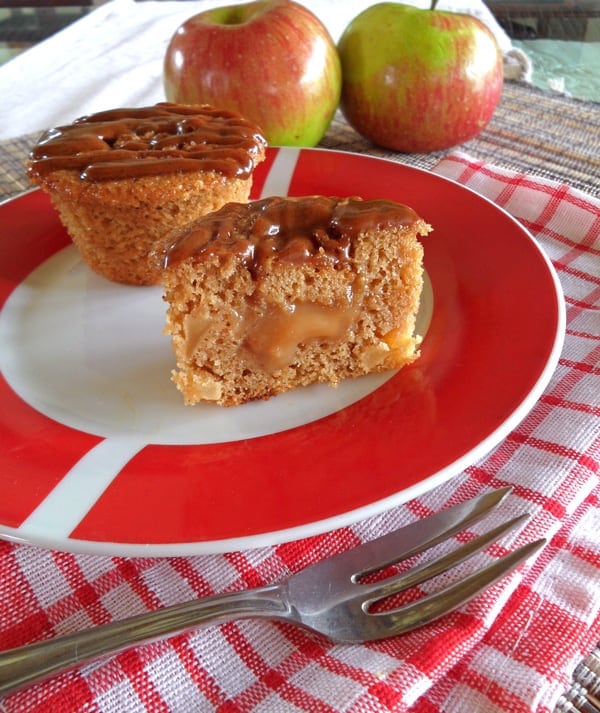 You can reproduce these cupcakes with your preferred cake mix (spice cake would be really nice too) or whip up your favorite white cupcake recipe (for about 2 dozen), but use only ¾ of the amount of water called for. The apples will produce some moisture during baking, which makes for super moist cupcakes but you also don't want them to fall apart on you.

For the caramel filling, I used dulce de leche, which I like to make by cooking a can (or usually 2) of sweetened condense milk in a pot of water for a couple hours. A cavity for the filling can be cut in with a knife, but I actually use a large icing tip. I push it ¾ deep into the cupcake, then twist a little and the cut cylinder of cake will come out with the icing tip when removed.

I pipe the dulce de leche in with a pastry bag and then close the hole with just the very top of the cut-out cupcake cylinder. 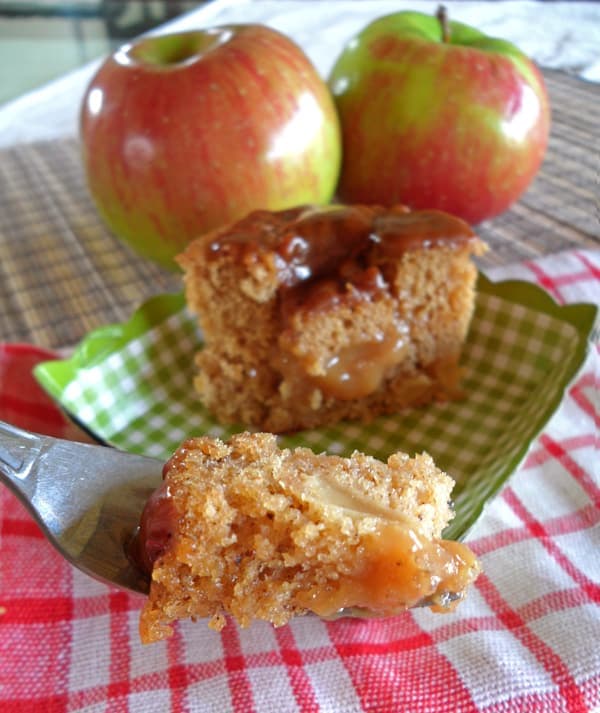 Fall recipes have been appearing all over the food blogging universe since the end of August, it seems. While reading and enjoying the fall atmosphere created in all of these blogs, I came across a Vanilla Caramel Glaze that Averie from Averie Cooks praised as 'the best-ever'. Well hey, this sounded perfect for my spiced apple cupcakes that were already caramel-filled.

The original recipe calls for light brown sugar, but I could only find a dark brown variety here, and at the time I didn't think of substituting part of it with white sugar. Hence, the darker color of my glaze, which also made for a very rich flavor. Next time, I would try it with light brown sugar instead.

Lastly, the Vanilla Caramel Glaze is adapted from Averie Cooks. 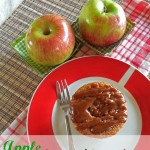 Luscious fall apples paired with the flavors of caramel and brown sugar all in one delicious apple caramel cupcake.

Do you have lots of apples to work with this fall? What is your favorite apple treat to make?

Try your hand at these similar recipes!