And here we are. A new year. New opportunities. New recipes. But before we start with the first recipe of 2015, inspired by Lindsay I thought we'd have a look at some recipes that didn't make the blog in 2014.

There have been more fails than the following. Actually, many recipes on the blog (even some from the top 10 list) start out with an initial fail. Or a not so bad recipe that can be improved on. But usually I don't take pictures of those.

These days I am much too busy documenting the progress and shenanigans of this little monkey. Did you see this Instagram clip?

Baby's on the move and nothing is safe anymore! I was taking pictures of muffins and put the one I didn't need on the ground. Somehow #leelaliciousbaby scooted her way over there and started demolishing them. And absolutely hated them. I don't think she will be my taste tester for a while. She was just 5 months in the video

Well, here are a few fails I did end up taking pictures of: 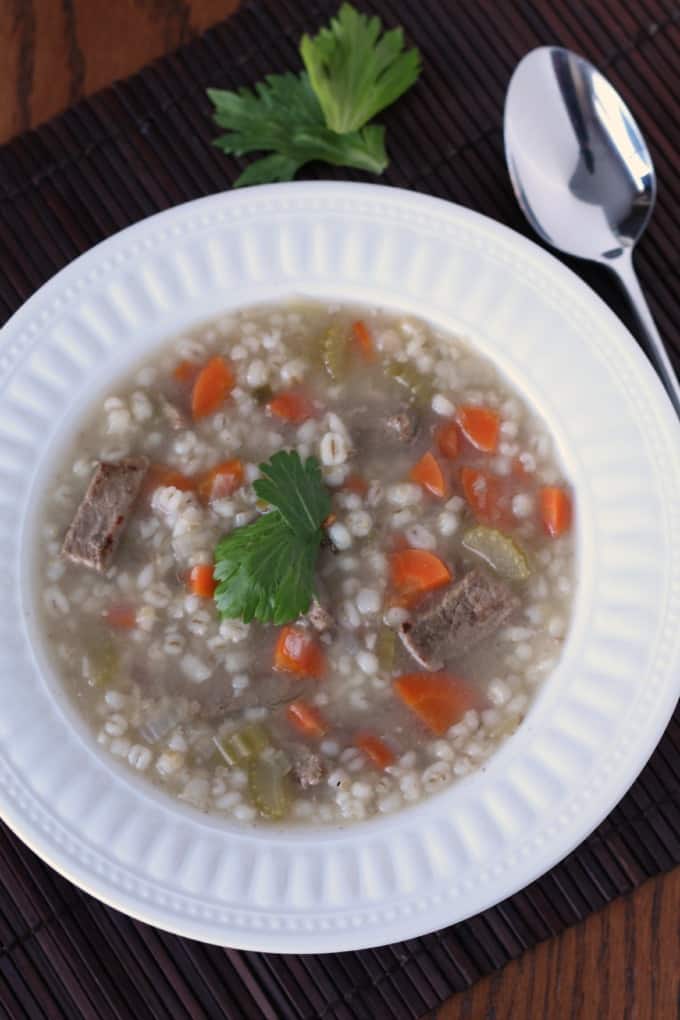 This soup was delicious and made in the slow cooker. But in case you didn't know, soup is crazy hard to photograph. Especially the more liquidy kind. All I could see in these pictures was grey fluid with even more grey pieces of meat floating in it. I just couldn't make it work and no amount of editing would have helped. 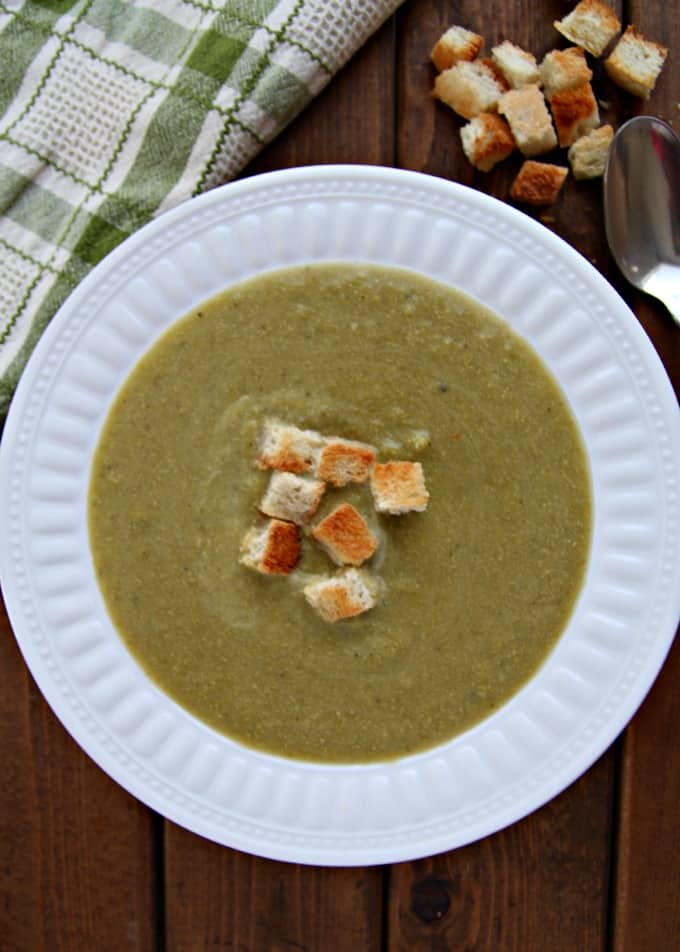 To prove above point: Soups are just hard. I actually really like this soup. I had the genius idea of letting the it cool down for pictures in an attempt to work around the too liquidy aspect. Unfortunately, this soup turned from bright, fresh green to ugly, unappealing grey-green. Again, no amount of editing could salvage this.

One of these days, I'll have to learn how to photograph liquidy soups and make this one again. 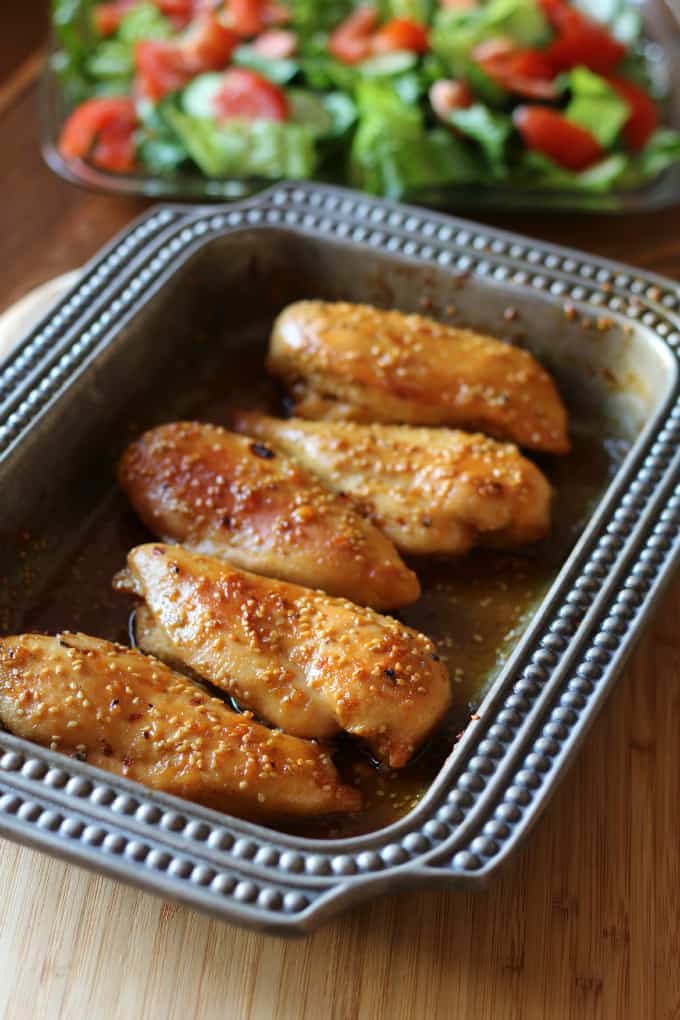 This chicken has been haunting me for a loooong time. I used to make it all the time. But since I set out to prefect it for the blog, it just doesn't turn out right. I mean, it looks delicious, no? But every time the chicken end up being super dry and really tough to eat.

I am not giving up hope though. Maybe 2015 will be the year that Honey Baked Chicken will finally make the blog. I have a couple ideas, of either using the slow cooker or chicken thighs. We'll see how it goes. 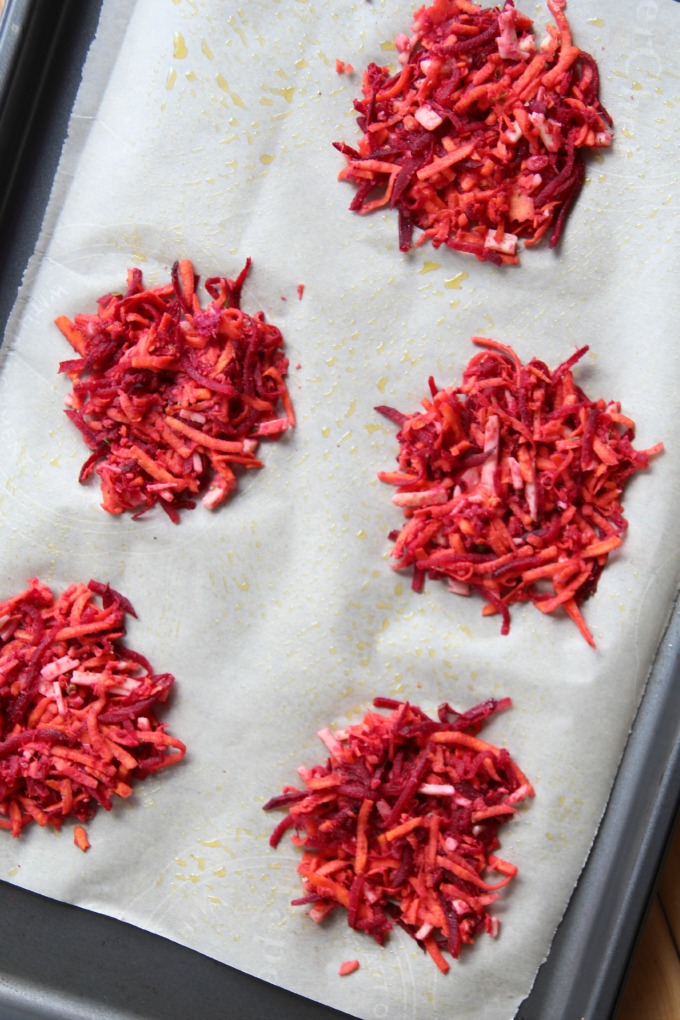 These patties were an attempt to use up CSA box produce. I first tried baking them, but they wouldn't stick together. Then I tried frying them. First in a little and then a lot of oil. The latter finally kind of worked but they didn't look presentable at all. I didn't even offer them to Konrad, but he found them in the kitchen. And surprisingly really liked them!

However, dripping with grease these were totally defeated the purpose of my original idea of healthier veggie hash. 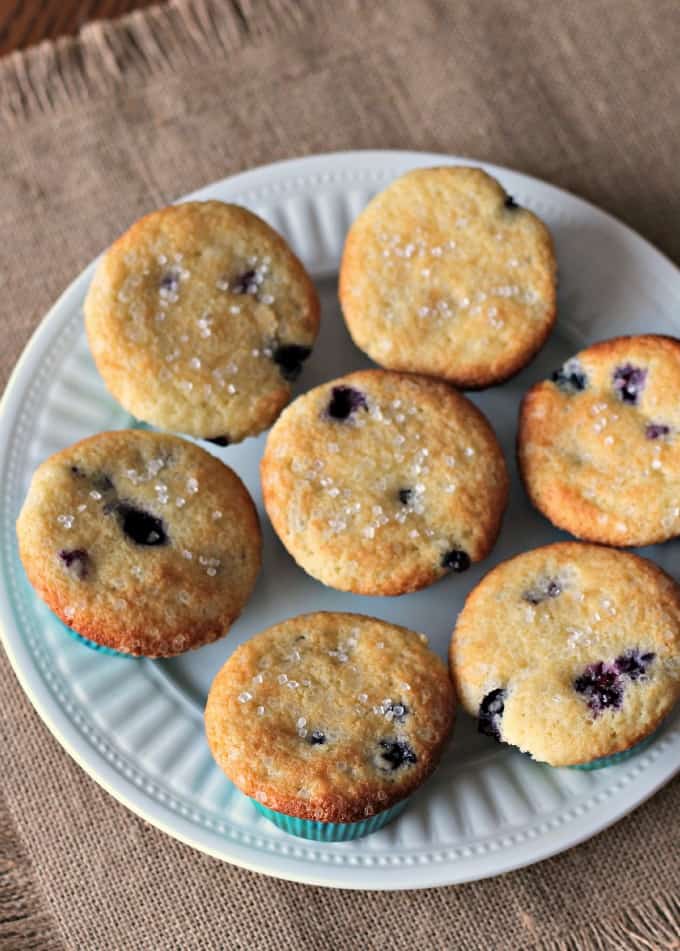 2014 was yet another year where Calgary's high altitude gave me many a trouble. These delicious muffins (after my friend Jacquee's stunning bundt cake) turned out flat as a flitter. Instead of rising, they spread all across the muffin pan. After painstakingly prying them off, we still enjoyed every single one of them. 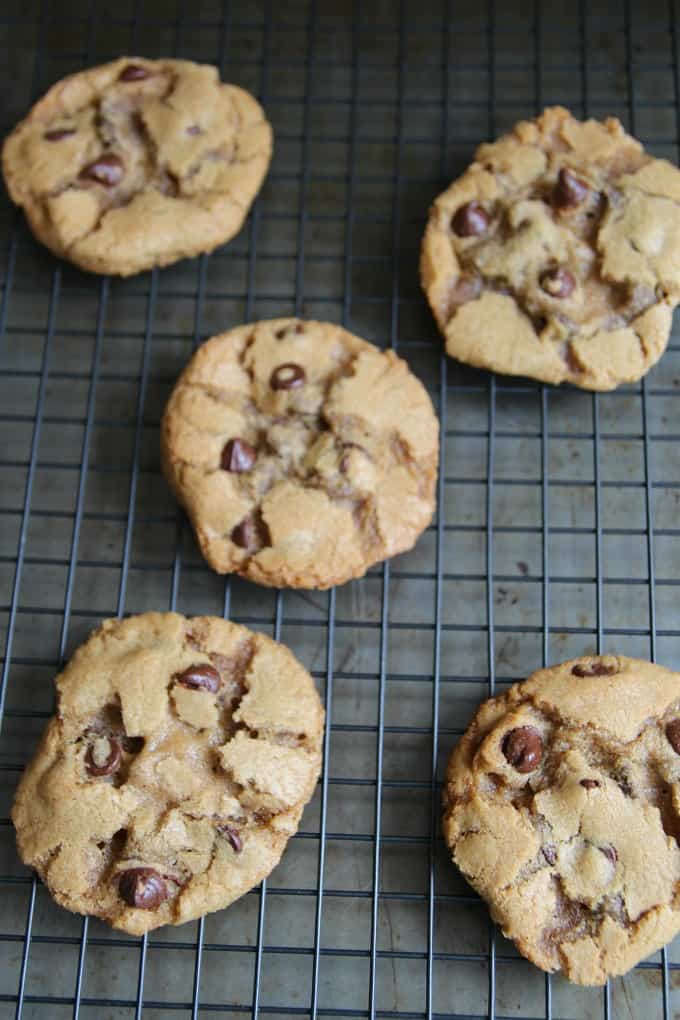 These cookies were supposed to be a chocolate chip version of my Brown Butter Butterscotch Cookies. But somehow they turned out gooey on the inside and too crisp (aka almost burnt) on the outside. Don't you think that kept me from eating them though. 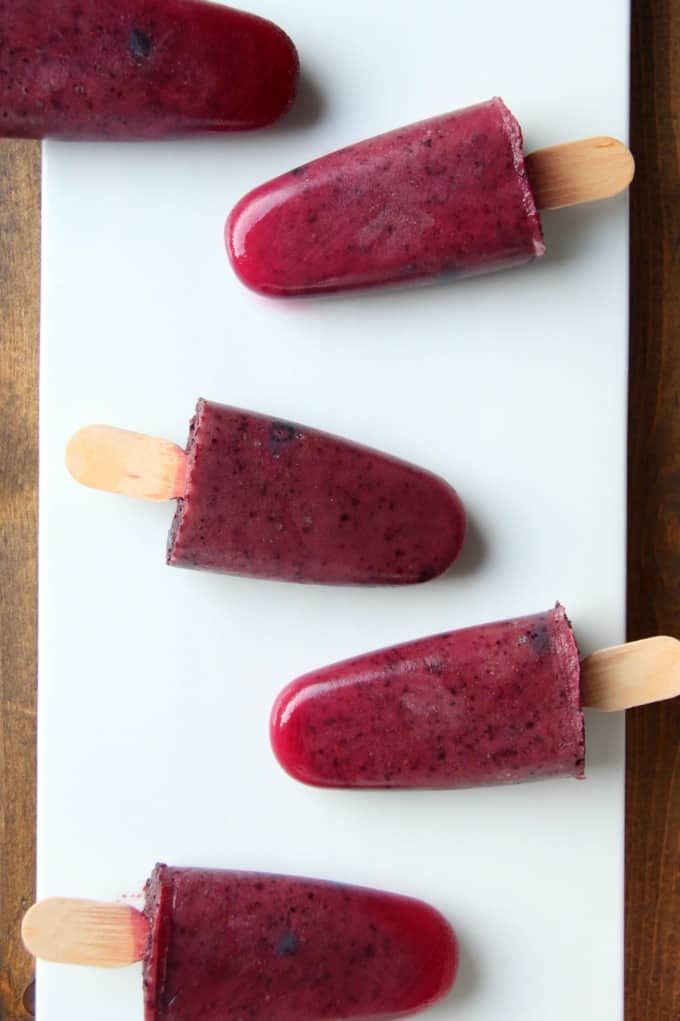 These popsicles don't look all that bad. I tried taking pictures of them before even trying them. But it was like the hottest day in August and I had a newborn to take care of. The pops melted into an ugly red slush before I even figured out the camera settings.

And then I tried them, and was actually relieved I didn't waste too much time getting the perfect shot. Blueberries and kefir, sweetened with only dates? Umm...no good. 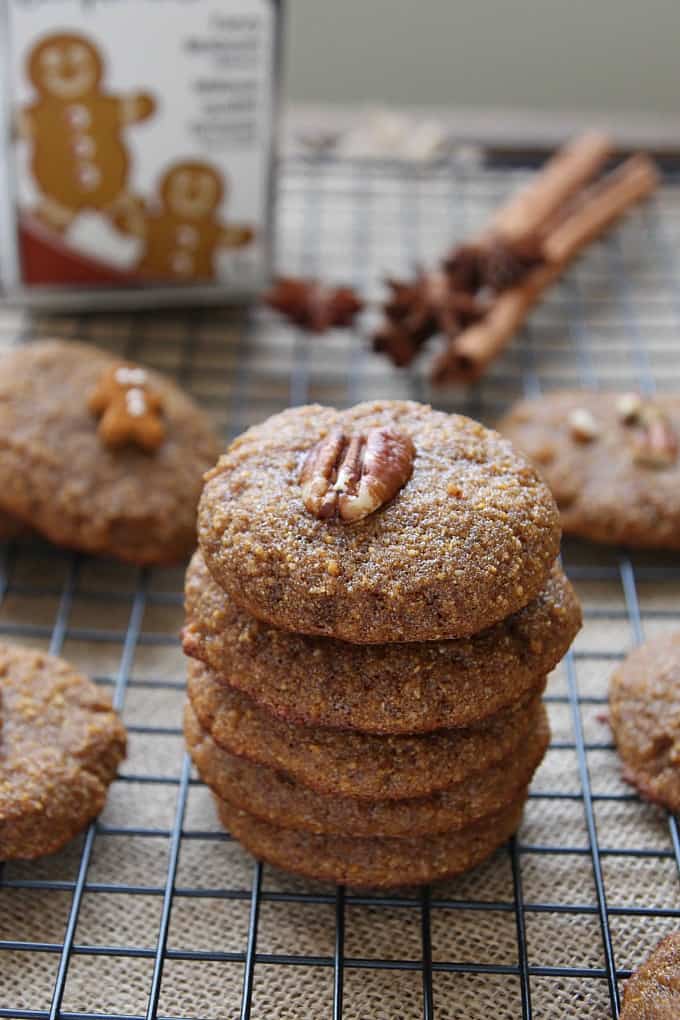 I tried to turn my Funfetti Coconut Flour Cookies into a Christmas version. They tasted half decent and looked half decent too. Until you bring them to a Christmas party with lots of other tasty and good looking cookies. In comparison, these just didn't hold up. And I don't believe that my gluten-free or paleo readers have to make do with mediocre cookies.

Maybe I'll have some more time for tweaking this recipe next season.

And there you have it, a small selection of all the recipe fails of the year. I hope you are easing into the year with some better food than above.

I'll be back to our regular programming (aka delicious recipes) on Monday. I have a number of lighter recipes planned for January, in case you need to balance all the holiday feasting - just like me.