Simple chocolatey cookies made from a brownie mix with a sweet and gooey Dulce de Leche center. Enjoy these Brownie Mix Cookies! 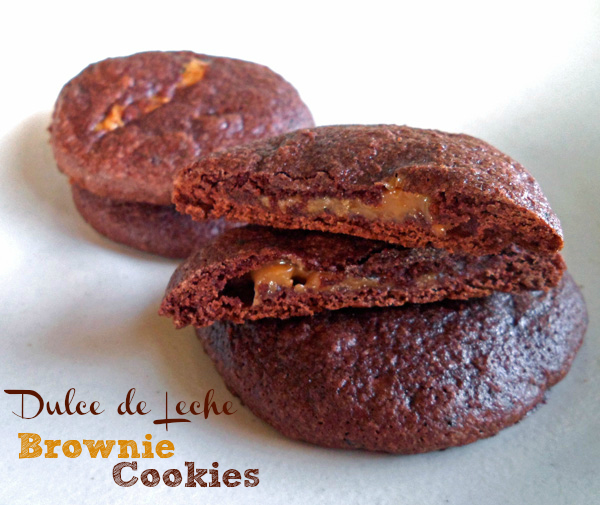 Before we talk about these yummy, chocolatey brownie cookies with sweet and gooey dulce de leche centers, I have to admit to something:

Somehow, I never really got into Twilight or any other vampire-themed movies, books or TV shows for that matter. I fell asleep when my friend made me watch the first Twilight movie at her house. Oops…

Well, never was I happier about this fact than yesterday at the movie theater.

Let me trace back a bit. My husband and I are kind of into James Bond. During our first year of marriage, we watched ALL of the movies with this handsome British secret agent – from the oldest to the most recent. As a result, we were really looking forward to the premiere of Skyfall, the latest Bond movie.

Unfortunately, we ended up being in Laos at the time where there were no movie theaters. Well, maybe they have them, but we didn’t find them and I highly doubt they would’ve played anything in English. 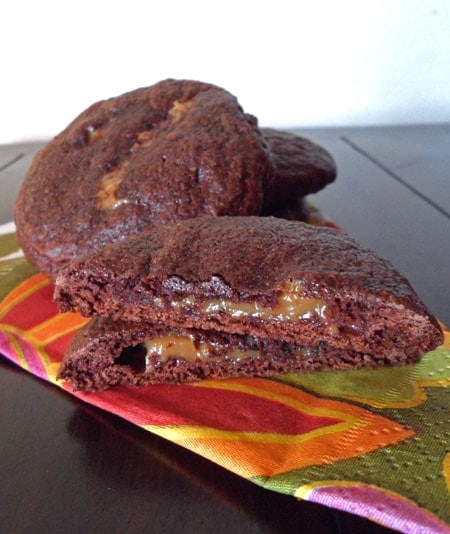 Visiting the Mall and Confronting Twilight

Now, back in Thailand we went to the mall on the weekend, together with what seemed like every other resident of Chiang Mai. Going to the mall seems to be a popular weekend pastime in Thailand. I’m not even kidding! It was riveting.

And we were also not the only ones with the brilliant idea of going to the movies. We went there, because they were still playing Skyfall. But most everyone else came for a different movie – the newest Twilight.

Of the 7 screens they have, 6 were showing nothing but Twilight all day long. Can you believe that? And the 3 other movies they were playing that day all shared one screen throughout the day. Wow. Just amazing the fandom of movies like these. Incredible.

Despite the many screens and playing times, the line-up was crazy looong – far beyond the marked and roped section. After waiting in this line for 15 minutes (we hadn’t even moved to the roped section yet) we realized this line was exclusively for Twilight. They had another counter for the 3 other movies with only 3 people lining up. Pheww… 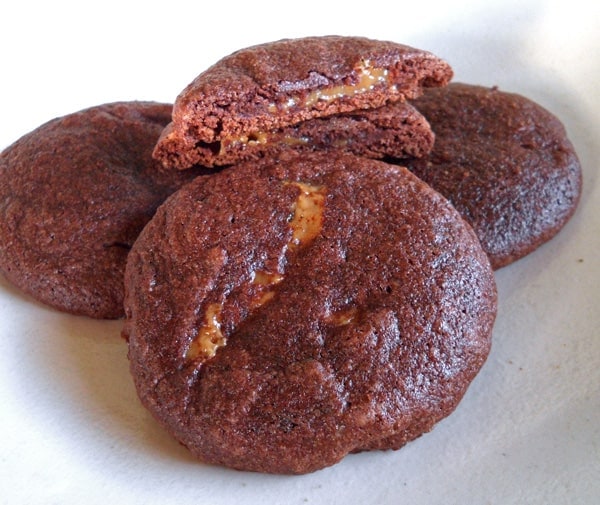 Twilight Craziness and Finishing Off the Dulce De Leche Brownies

While my husband was getting us some popcorn, I observed another aspect of the Twilight craziness. Another Western couple had split up – he went to get tickets, while she lined up at the concession. When she had just received and paid for 2 drinks and popcorn, he came back – albeit empty-handed. There were no more tickets available.

Maybe Twilight was the only thing they wanted to see, because there still were empty seats when we watched Skyfall. The two were good sports about it though, and just gave their drinks and popcorn to another couple in the concession line. Hooray for nice people. Let’s have more of that.

FUN FACT: Did you know that popcorn was once banned in movie theaters? Yup!

Needless to say, I had no regrets that we were not watching a movie that everybody else was there for and that we could avoid all that craziness. And it turned out to be a decent movie!

In other news, if I had these brownie cookies with Dulce de Leche centers with me, I probably would have had no problem surviving in the midst of the Twilight frenzy.

Just like all my other recent brownie creations, these cookies were made using a chocolate brownie mix. Who would have thought that a brownie mix could be so versatile! 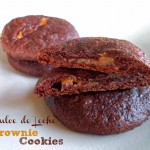 Simple chocolatey cookies made from a brownie mix with a sweet and gooey Dulce de Leche center.