You are here: Home » General » 20 Exciting Facts about Popcorn 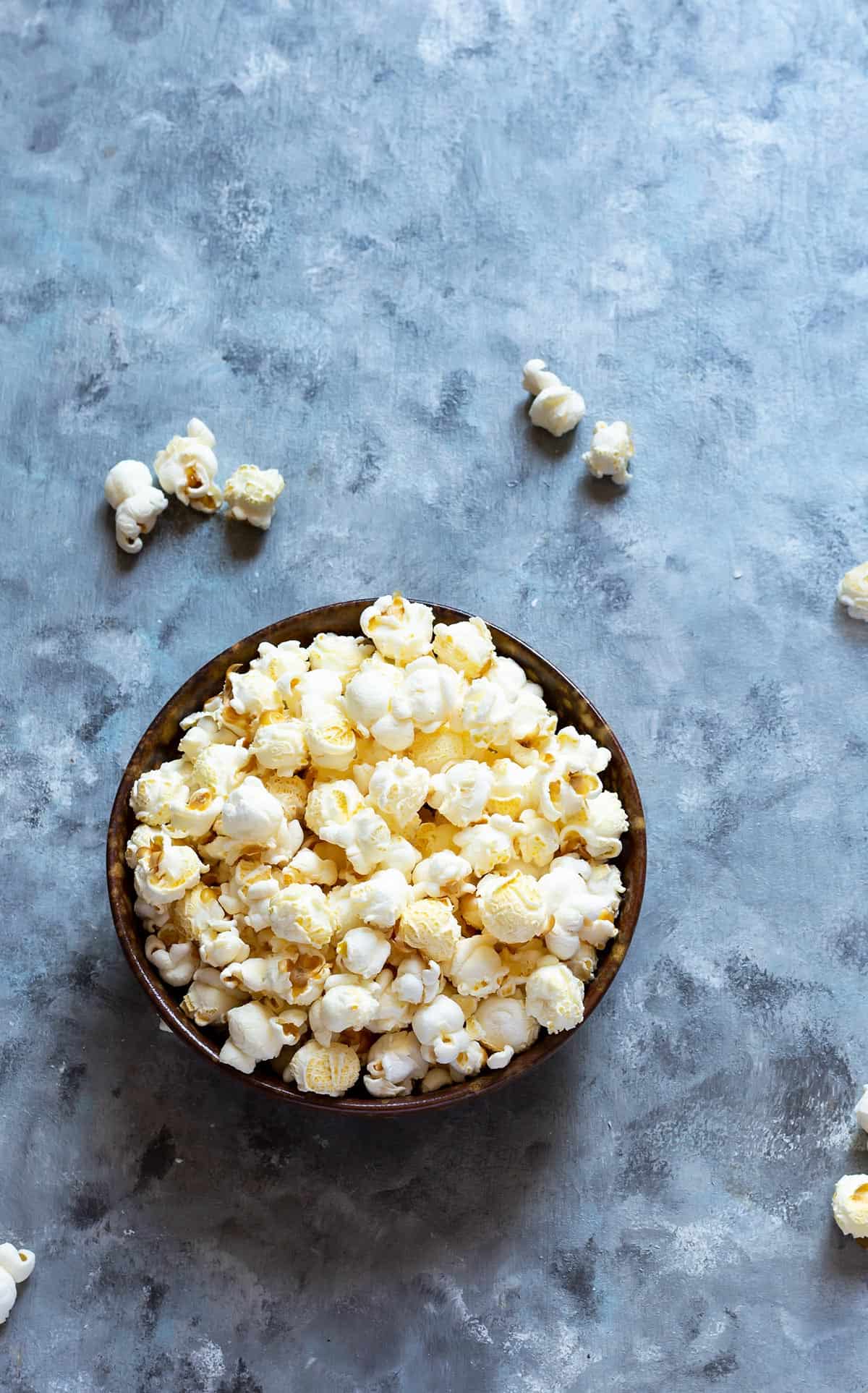 Popcorn was once banned in movie theaters

When we think of popcorn, often movie theaters aren’t far behind in our minds. The classic snack served up alongside new shows, popcorn and movies have been best friends for decades. It’s hard to believe then, that popcorn was at one point not allowed inside the theater.

At the time, moving pictures were only for the very rich. Because the picture was silent, owners of the theater worried that the noisy crunching of popcorn might be disruptive. Still, vendors instinctively knew that popcorn and movies went hand in hand. They would sell popcorn on rolling carts right outside of the shows. The theater required you to check your popcorn in along with your coat, though no doubt there were still a few people sneaking snacks in as they do now.

The Great Depression may have been what made popcorn so popular

Popcorn is definitely one of our top favorite snacks, but you can thank the Great Depression for making it so. During that dark point in our history, most treats like pastries and other favorite snacks were out of reach for the masses. Due to a food shortage happening at the same time (the great Dust Bowl) food was rising in cost at the same time the average person’s ability to afford it was going down.

Popcorn, compared to most other foods, was a super cheap treat. Almost everyone could afford to eat it. Popcorn became the bright point in many people’s day, and allowed them to have something tasty and still affordable. Thanks to its affordability, it rose to become the number one snakc, and is still a favorite today.

People have been popping corn for at least 6,000 years.

The oldest kernels of popped corn were found in Peru, and date back as early as 6,700 years. This is over 2,000 years earlier than the last popcorn evidence was found in Mexico. Experts think it was either a delicacy, or simply not a big part of their diets. There was very little evidence it was being used in large amounts at the time.

A popcorn can pop up to 3 feet high

The hull of a popcorn shell acts as a many pressure cooker, working hard to keep its moisture inside. When we heat popcorn up to high temperatures, the pressure on the inside becomes too much for the hull, which quickly explodes. When it does, the explosion can be quite forceful. Popcorn can sail has high as 3 feet in the air when it pops!

Americans eat a lot of popcorn

You already know popcorn is a popular snack, but it may surprise you to learn just how popular it is. U.S. Citizens eat 17 billion quarts of popped popcorn annually. To put it in perspective, you could fill the entire Empire State Building 18 times with that amount of popcorn.

Popcorn is actually good for you 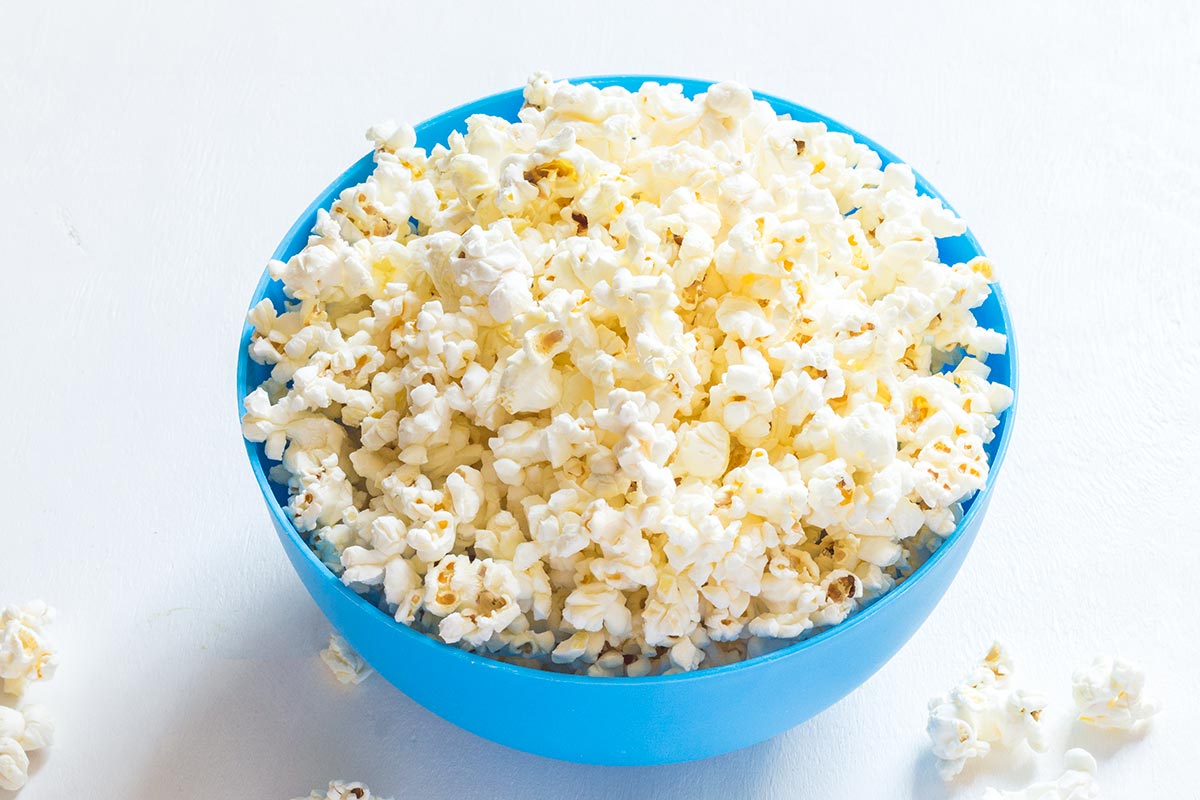 When nearly everything that tastes good seems to be bad for you, it’s refreshing to know there is one thing you can eat without guilt. Our favorite snack is loaded with minerals, including iron, magnesium, and phosphorous. It also has more antioxidants than most fruits and vegetables.

Popcorn is also low in calorie and high in fiber, making it a great choice for dieting—but watch out for the toppings. Instead of using butter or oil, air-pop your corn and use seasonings instead.

Different varieties of popcorn can make a big difference in a lot of factors, from pop-ability to flavor. It can also change how they explode. Certain varieties of popcorn pop into the snowflake variety, which is what you typically see in movie theaters and at baseball fields. It’s also the most common type of microwave popcorn. The other explosion style is “mushroom” popcorn, the kind that is often used to make caramel corn.

The reason why they explode differently is once again due to the hull of the popcorn. Popcorn that explodes in the mushroom style has a hull that yields to the pressure evenly, making that smooth ball shape. The snowflake pattern explodes unevenly, making the unique cloud shapes of the snowflake style.

Popcorn has the biggest profit margin for theaters

While we go to the movie theater to see the movies, it is popcorn that keeps our beloved movies going. Popcorn is the biggest profit generator, with 90 cents out of every dollar going directly to profit. This may seem unfair, but with 70% of the profits from the movie itself going back to the studio, many movie theaters find it hard pressed to keep the lights on without the help of this tasty snack.

Popcorn was one of the earliest breakfast cereals

Before we had our sugar pops and other delicious breakfast cereals, we had—popcorn? That’s right. Early colonials liked to eat their popcorn with milk in the morning. To this day, there are recipes for making popcorn and milk cereal.

The first popcorn machine was invented in 1885

Charles Cretors ran a busy confectionery shop, and was always looking for new ideas to improve his business. As part of his venture, he decided to purchase a peanut roaster, so he could sell roasted peanuts with the other goodies in his shop. He didn’t like how the peanut roaster worked, and decided to make a better one. Eventually he designed a machine that could roast peanuts, bake chestnuts, and yes—pop popcorn.

As an experiment, he took his new machine on a pushcart to a busy area, and gave away samples for free. Soon he was crowded with people who wanted to buy hot, fresh popcorn slathered in butter.

Popcorn toppings vary around the world

Most Americans prefer to get their popcorn with salt and butter. A bag of popcorn topped with seaweed would probably amount to surprise or even disgust, but that’s exactly how the Japanese enjoy their popcorn. In other countries, the preferred topping is sugar. If you ever get bored of eating the same type of popcorn over and over again, don’t be shy about mixing up the flavors. Popcorn makes a great base for almost anything you can come up with.

Popcorn that doesn’t pop is called an “Old Maid”

We are all familiar with the handful of kernels at the bottom of the bag that simply won’t pop. These kernels either have a hull that is damaged, making it unable to build up enough pressure to explode, or they are too dry. Popcorn won’t pop unless they have a certain amount of moisture to put under pressure. When this happens, the unpopped kernel is called an “old maid” or a “Spinster”

Scientists are currently studying popcorn extensively in an effort to reduce the number of these unwanted pieces in your next bag.

Popcorn is the only type of corn that pops

Put a kernel of sweet corn under the same condition as popcorn, and it will never pop. Most corn varieties either have too little or too much moisture to pop, lack a hull that traps the moisture in, and some don’t even have enough starch to make the part we like to eat.

While popcorn is the only corn that will pop, there actually is another species of cultivated plant that has popable seeds—amaranth. When amaranth is popped, it looks like teeny tiny little beads, perfect for doll house popcorn.

It takes a lot of pressure to make popcorn pop. 135 PSI to be in fact. That’s four times the amount of pressure in your car tires. The intense pressure needed to pop popcorn is also why moisture is so important to popcorn. Without a certain amount of moisture to convert into steam, the kernel won’t build enough pressure to explode.

Orville is the biggest brand of popcorn in the world

The founder of the company started growing popcorn in 1919, when he was just 12 years old. Popcorn quickly became his passion in life, and he used the money he made growing popcorn to put himself through college. As a young man, he began developing his own popcorn variety, which produced a fluffier pop with fewer old maids.

Today you can even get home-use and commercial popcorn poppers with the Orville brand attached to them.

We have 3 days on which popcorn is celebrated every year.

National Popcorn Day is on January 19th, caramel popcorn day on April 16th, and Popcorn Lover’s Day, March 9th. That’s a lot of days for celebrating popcorn. Celebrate just one or all three, any reason is a good reason to pop some popcorn. 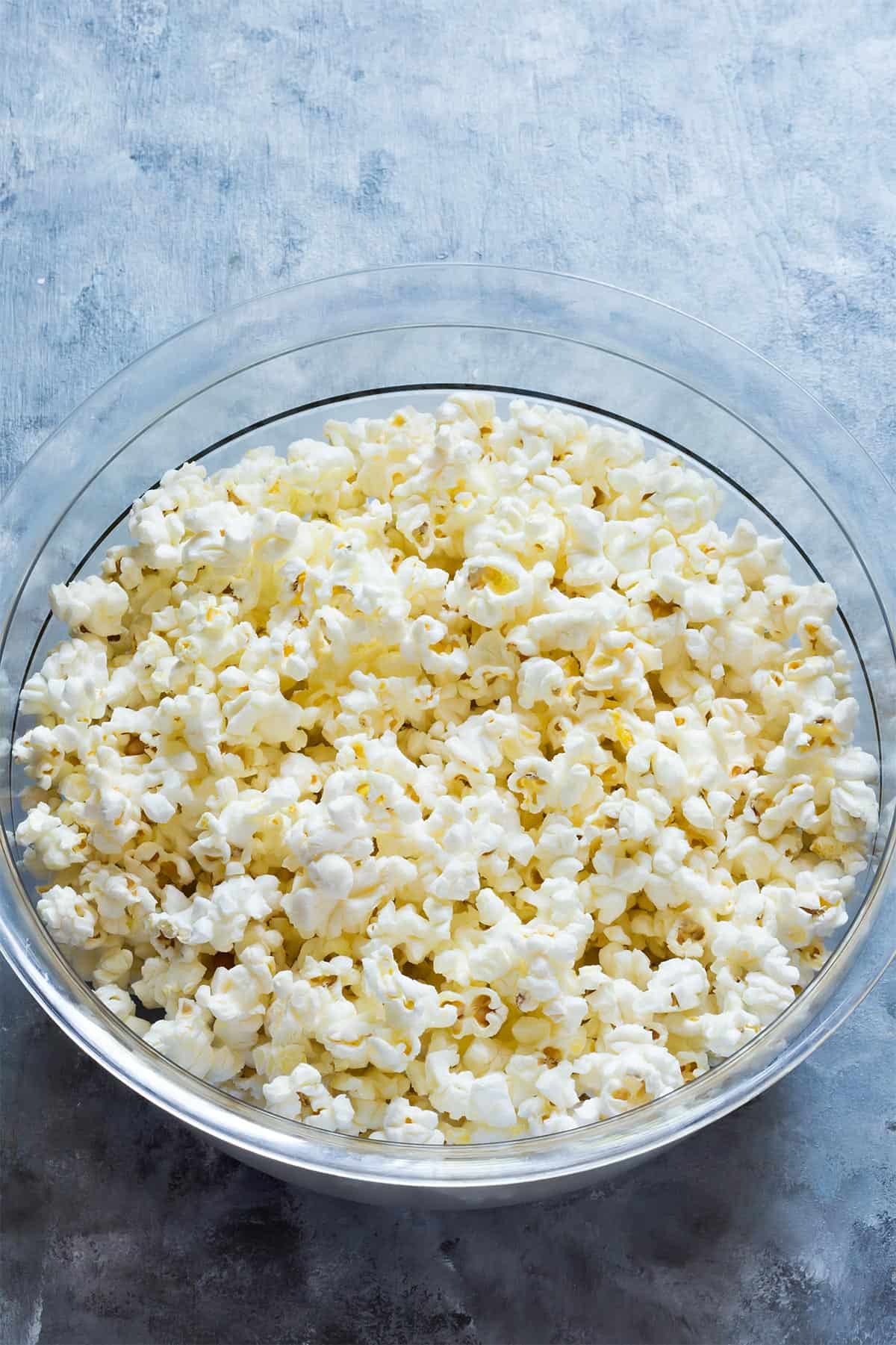 Popcorn is a unique species in our world. Very few other seeds will pop quite the way it does, and there aren’t many whole grains your kids are as willing to eat. We all love popcorn for its flavor, but these facts might just make you appreciate popcorn just a little bit more.

Previous Post: « In Search of Flavor: The Lost Art of Heirloom Popcorn
Next Post: History of Popcorn »