You are here: Home » Desserts » Fall Pictures and Pumpkin Recipes 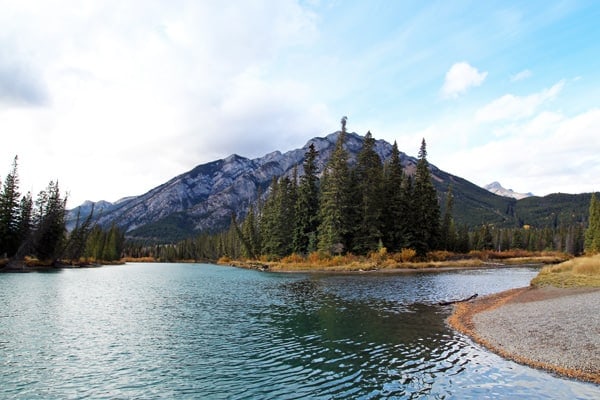 There is no doubt, I am a summer girl at heart. Pretty much no day goes by where I don’t long for living in tropical climates again.

However, my next favorite season is autumn. When we were living and traveling around South East Asia and its permanent summer weather, there were actually times when I missed the changing colours of fall.

I hope you are ready for a bunch of family fall pictures. And if you make it to the end, I put together a little pumpkin recipe roundup for you. 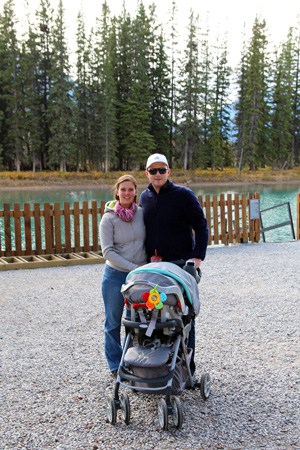 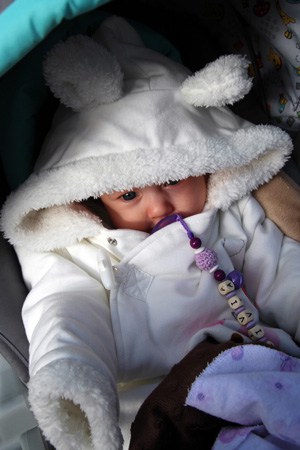 On the Canadian Thanksgiving weekend we didn’t actually have turkey. Instead we packed ourselves and our baby girl into the car and went on a spontaneous road trip.

Living in Calgary, we are lucky enough to be only about an hour drive away from the Rocky Mountains. Its a great city escape that we just don’t do enough. 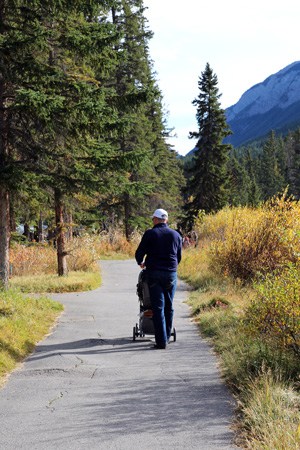 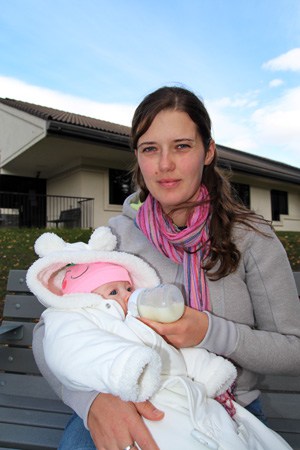 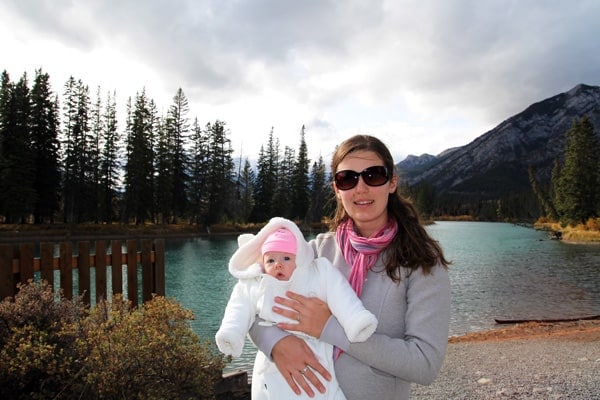 The mountains and the little resort town of Banff are especially impressive during this time of year, when nature puts its fascinating colours on display.

There was no hiking for us – we aren’t that kind of adventurous (especially with baby Olivia). Instead we had researched a nicely paved walking path along the Bow River. 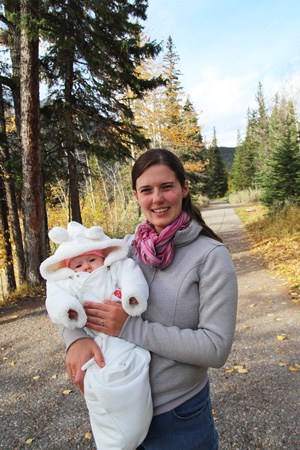 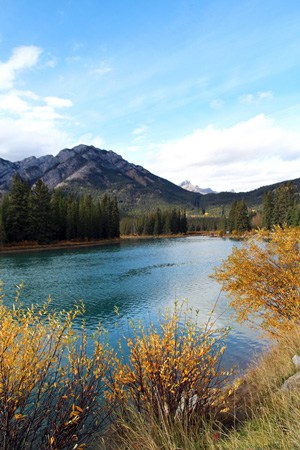 What we didn’t research or take into consideration was the mountain weather. Calgary was warm and sunny that day so we only took warm sweaters for ourselves. Although it was sunny in Banff, temperatures were a few degrees lowers (we were in the mountains after all) and there was a chilly wind blowing the entire time.

We walked along the river for maybe half an hour – desperately longing for our coats the entire time – before we called it quits. Walking around town was a little better. The buildings served as wind breakers. And we could still see the mountains. 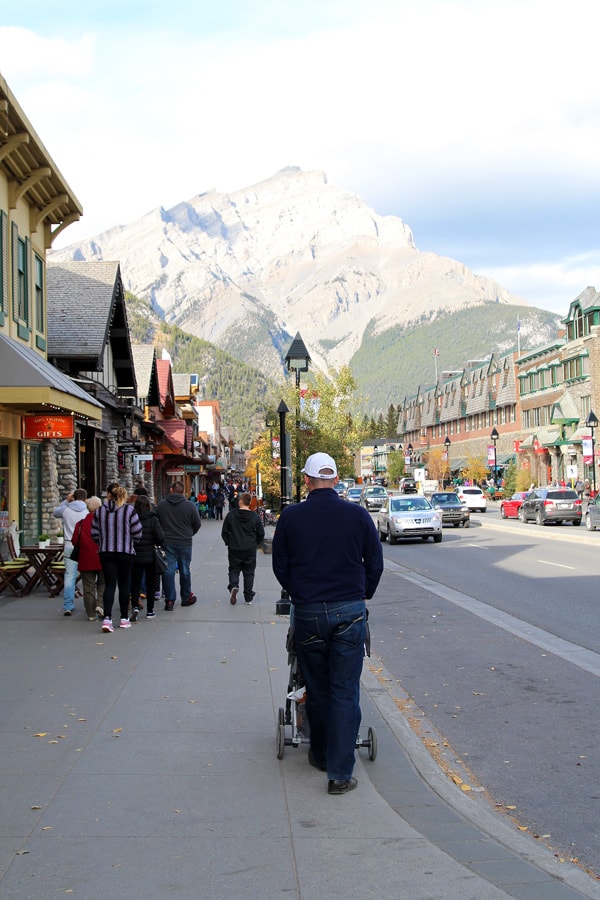 But we are summer people at heart and were happiest once we settled down at The Old Spaghetti Factory (where it was warm) for a late lunch. It was quite impressive to have bread with garlic butter, soup or salad, coffee or tea, and a dessert (yummy spumoni ice cream) included with our meal. 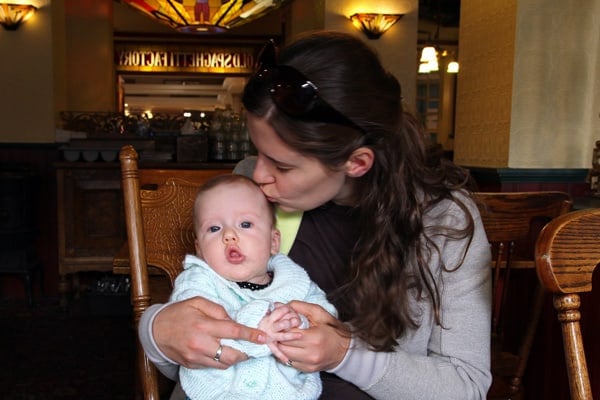 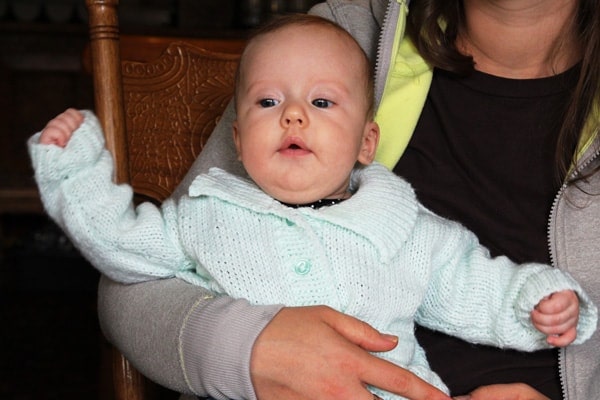 A few days later, back at home I decided to make our own little pumpkin patch with Olivia. I don’t know of an actual pumpkin patch around here, and at 3 months old I think Olivia is too small to actually appreciate it yet. But we got a bunch of mini pumpkins in our CSA box that served us well in our back yard photo shoot. 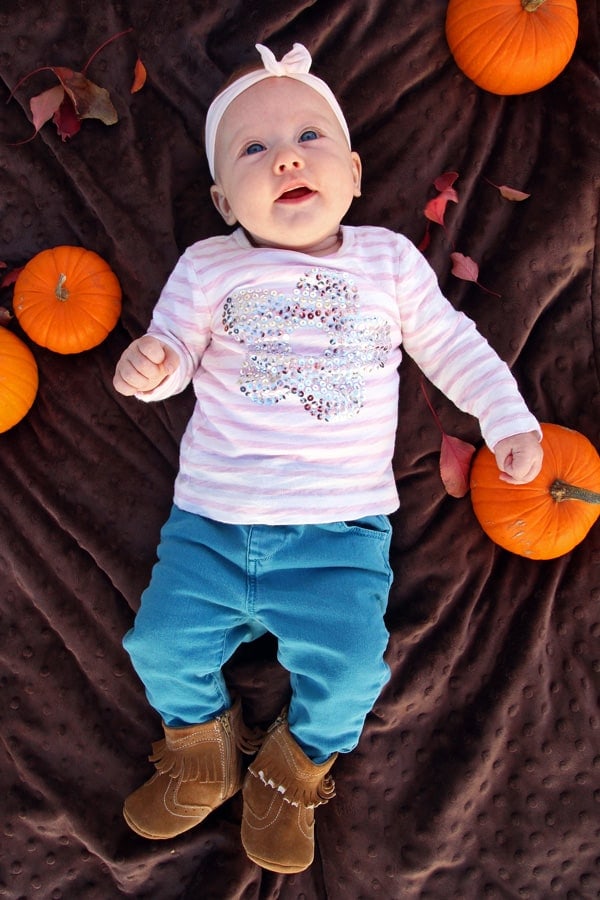 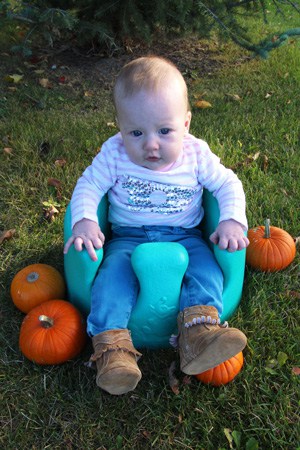 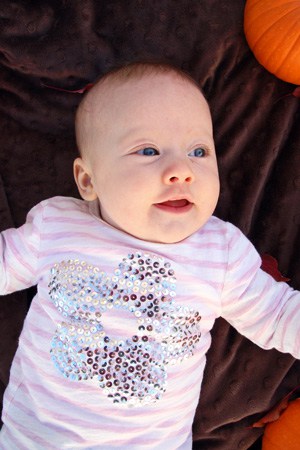 And now the mini Pumpkin Recipe Round Up on LeelaLicious. This doesn’t mean I am over pumpkin recipes for this season. Far from it. I have at least a couple waiting to share with you. 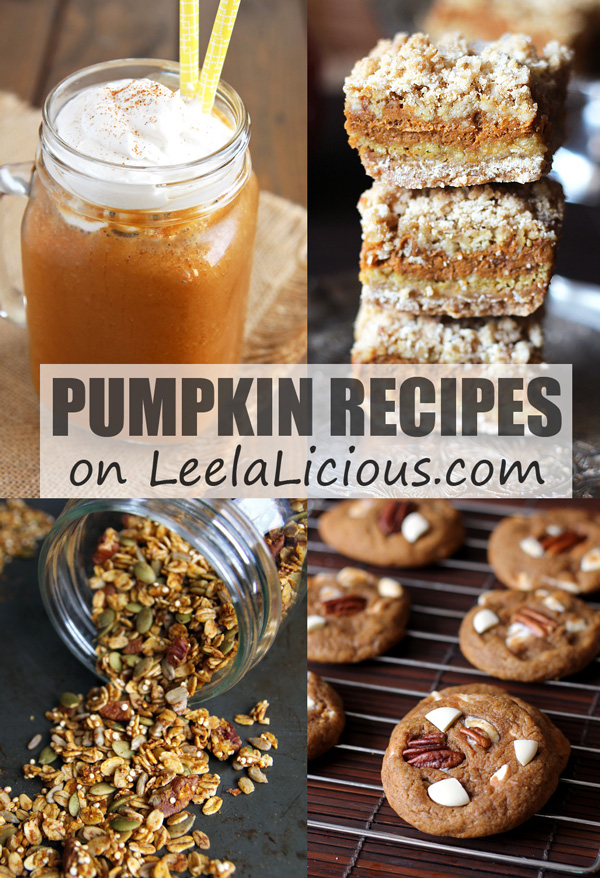 For a visual Pumpkin Recipe Round Up, go to this updated post.

How are you enjoying Fall so far? Any pumpkin-patching?