This flaky butter pie crust recipe results in an incredibly buttery and flaky pastry. It is suitable for a traditional 9-inch pie shell as well as the base of a rustic galette. Since it is unsweetened, you can utilize it for any savoury pies, such as quiches, as well. 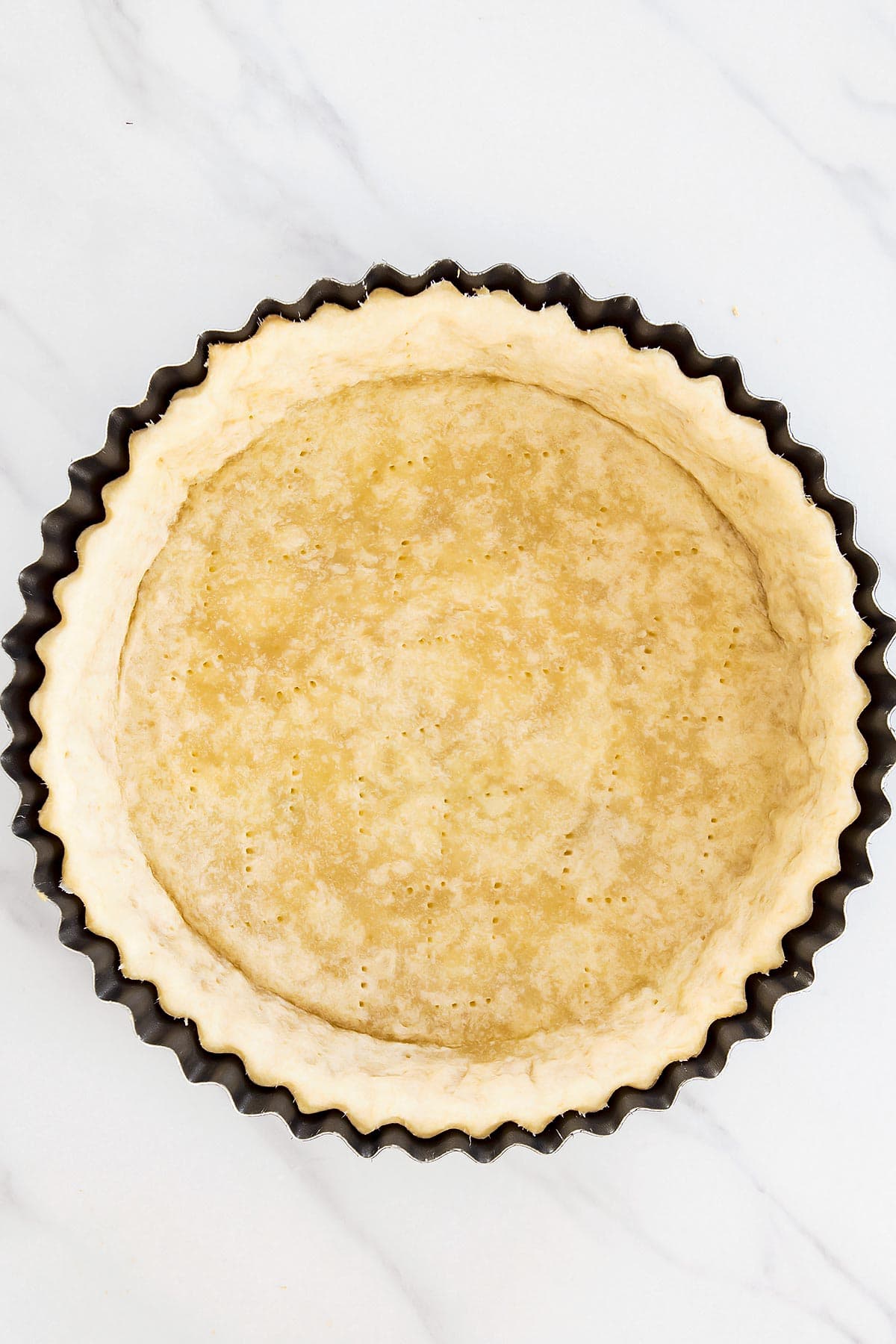 For those who don’t love to make pie crust or the hands-on feeling of dough, this is a perfect pie crust; it starts with using a food processor. Add the flour (sometimes I replace half with whole wheat flour) and salt to a food processor and run for a few seconds to combine. With the machine still running, add the cut-up cold butter pieces through the chute. The mixture should be crumbly and look like wet sand. 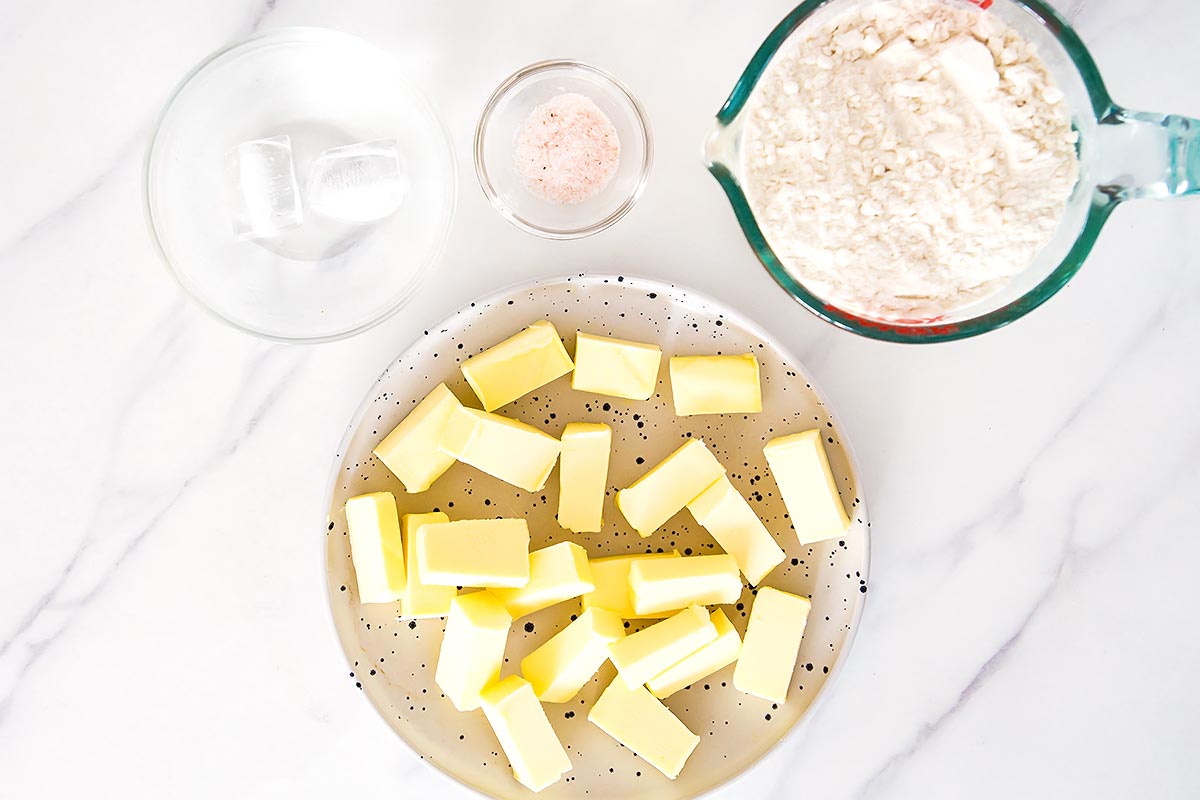 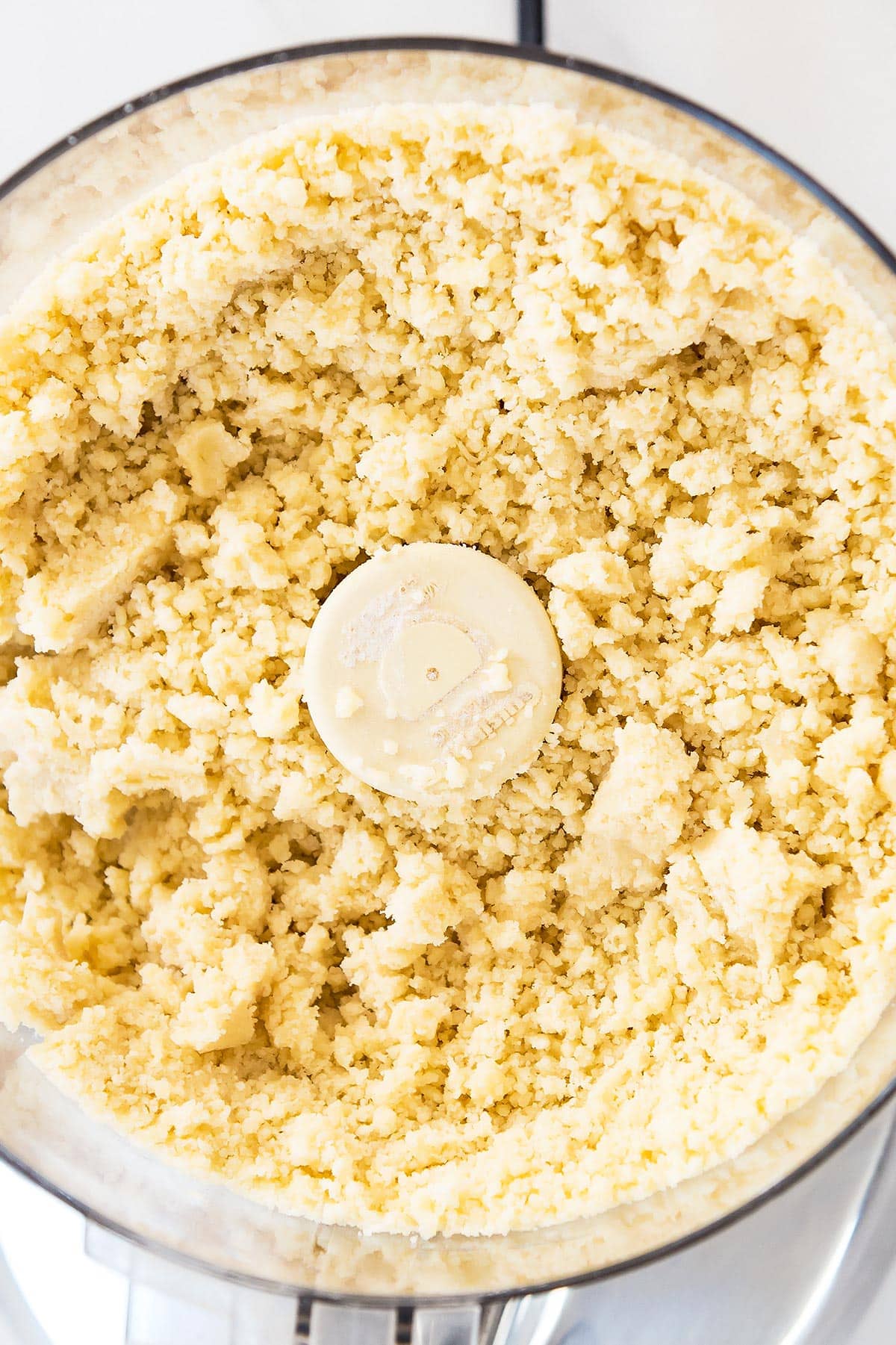 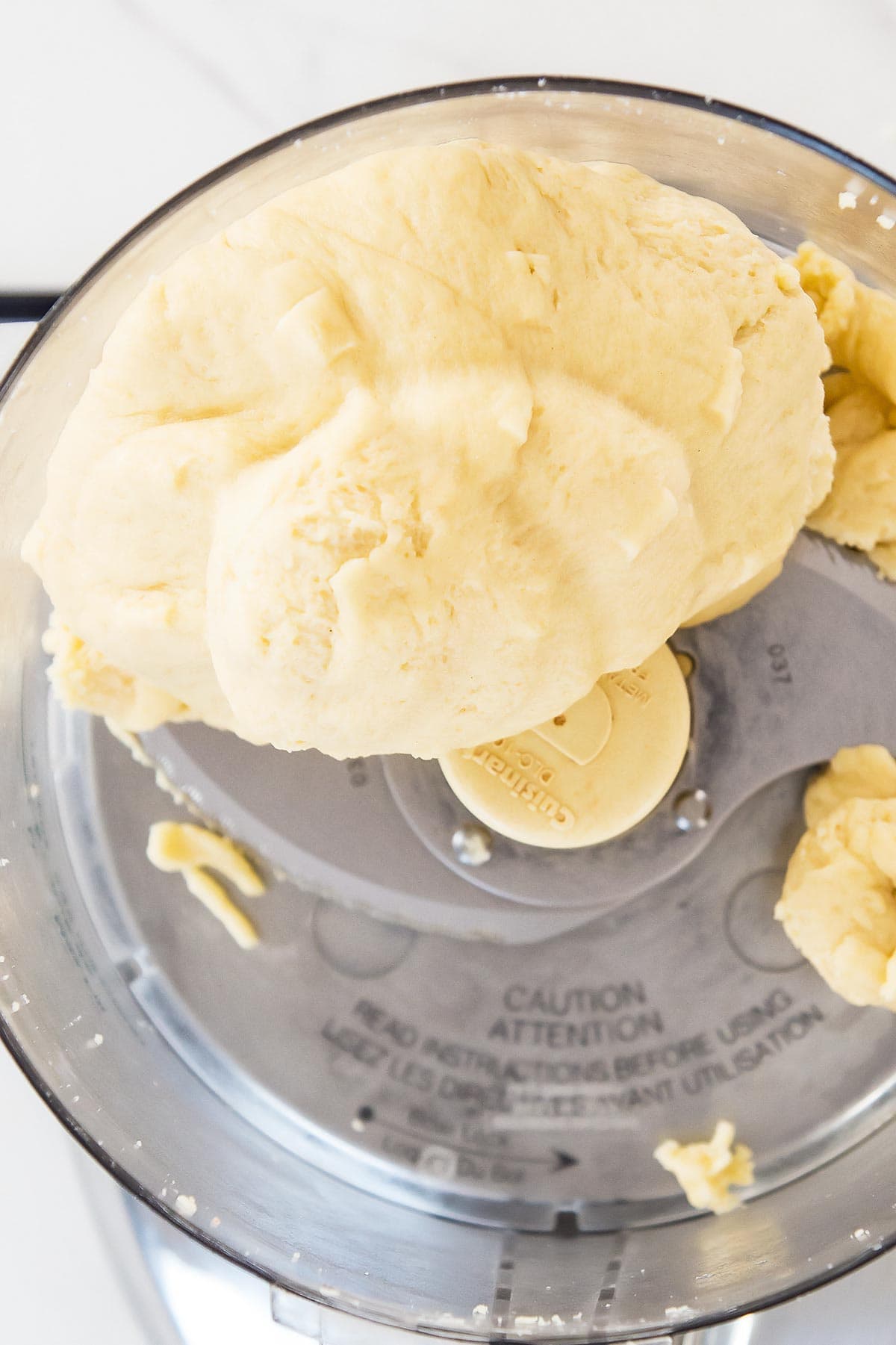 Turn the food processor on again and slowly add enough ice-cold water until a dough ball forms that pulls away from the sides of the bowl. At this point, shape the dough into a disk, wrap it with plastic wrap, and chill the dough for 1 hour. Alternatively, you can freeze it for a total of 20 minutes, if you are in a hurry.

Chilling the dough will ensure that the dough is easy to roll out and work with. It also allows the dough to rest so that it becomes melt-in-your-mouth flaky rather than tough.

Once the dough is chilled, you can roll it out on a lightly floured surface until it reaches a 1/4-inch thickness. Once it is rolled out, it should be able to fit a traditional pie plate. However, if you would like a double crust pie, you can make two batches. Alternatively, you could use a round cutter to cut smaller portions of dough for tarts or mini galettes. 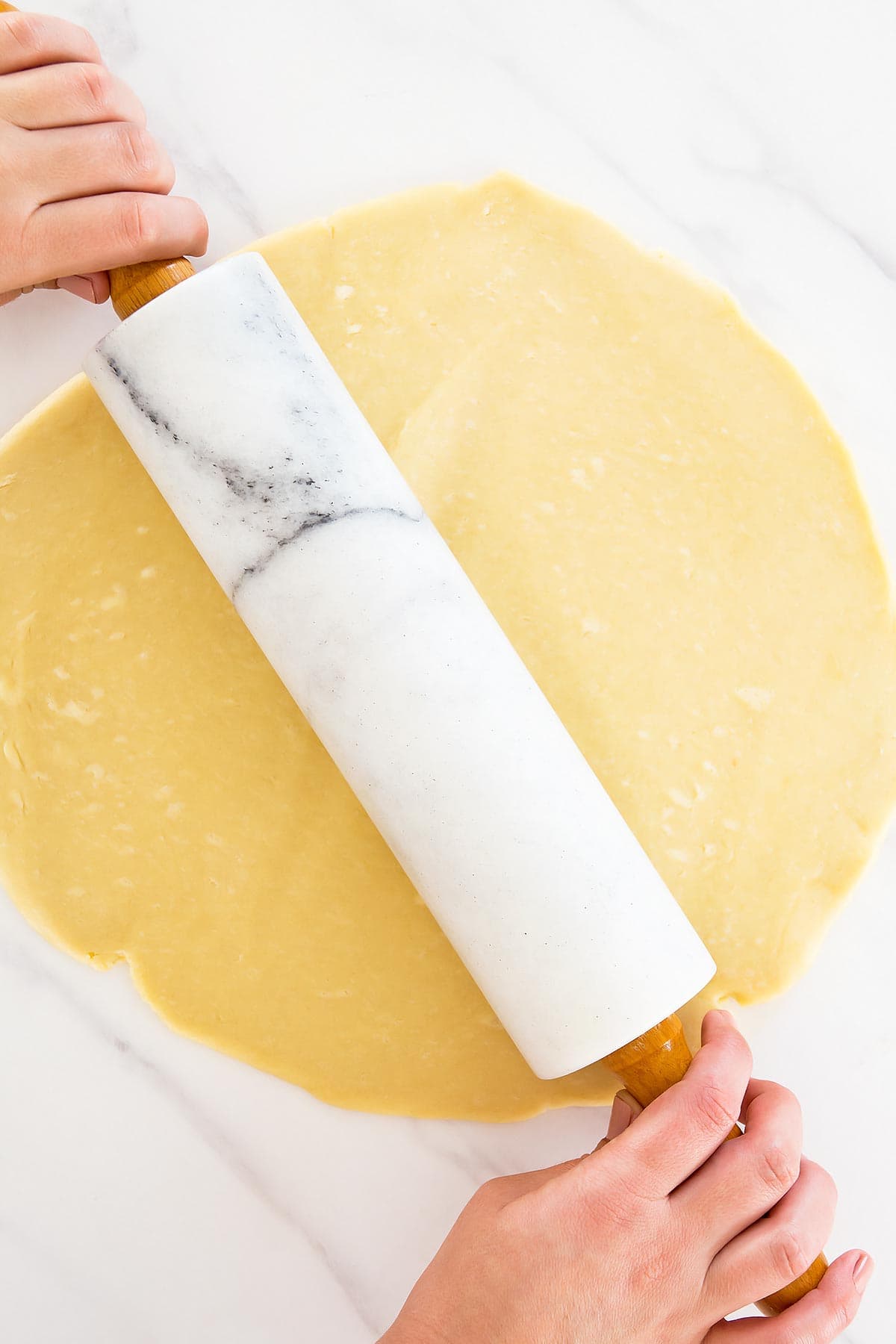 How to Turn the Dough into a Galette

For a large galette, you can simply transfer the dough to a parchment-lined baking sheet before adding your filling, and folding the edges over sides while leaving some fruit exposed. Then, you bake them in a 400°F oven until golden.

You can even use a round cutter to cut out rounds of dough for individual-sized galettes. The total baking time for these can vary depending on the size of your galettes and the type of filling you use. 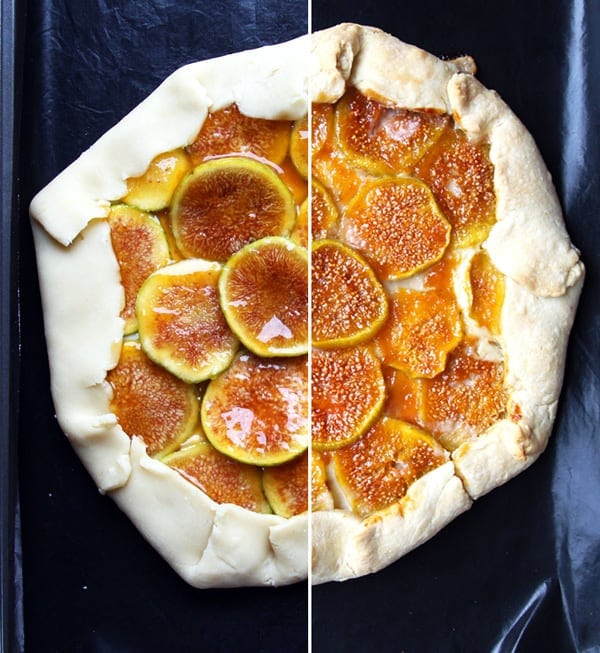 How to Turn the Dough into a Pie

If you would like to make a single shell pie, roll out the dough and carefully transfer it to the pie plate. I like to gently roll the sheet of pie dough over the rolling pin to aid with moving it over to the pie plate.

Then, you can press the dough into the pie plate, ensuring that there are no folds. You can either crimp the dough into a pretty pattern or trim the overhang. Prick the bottom and sides with a fork to reduce puffing up during baking. 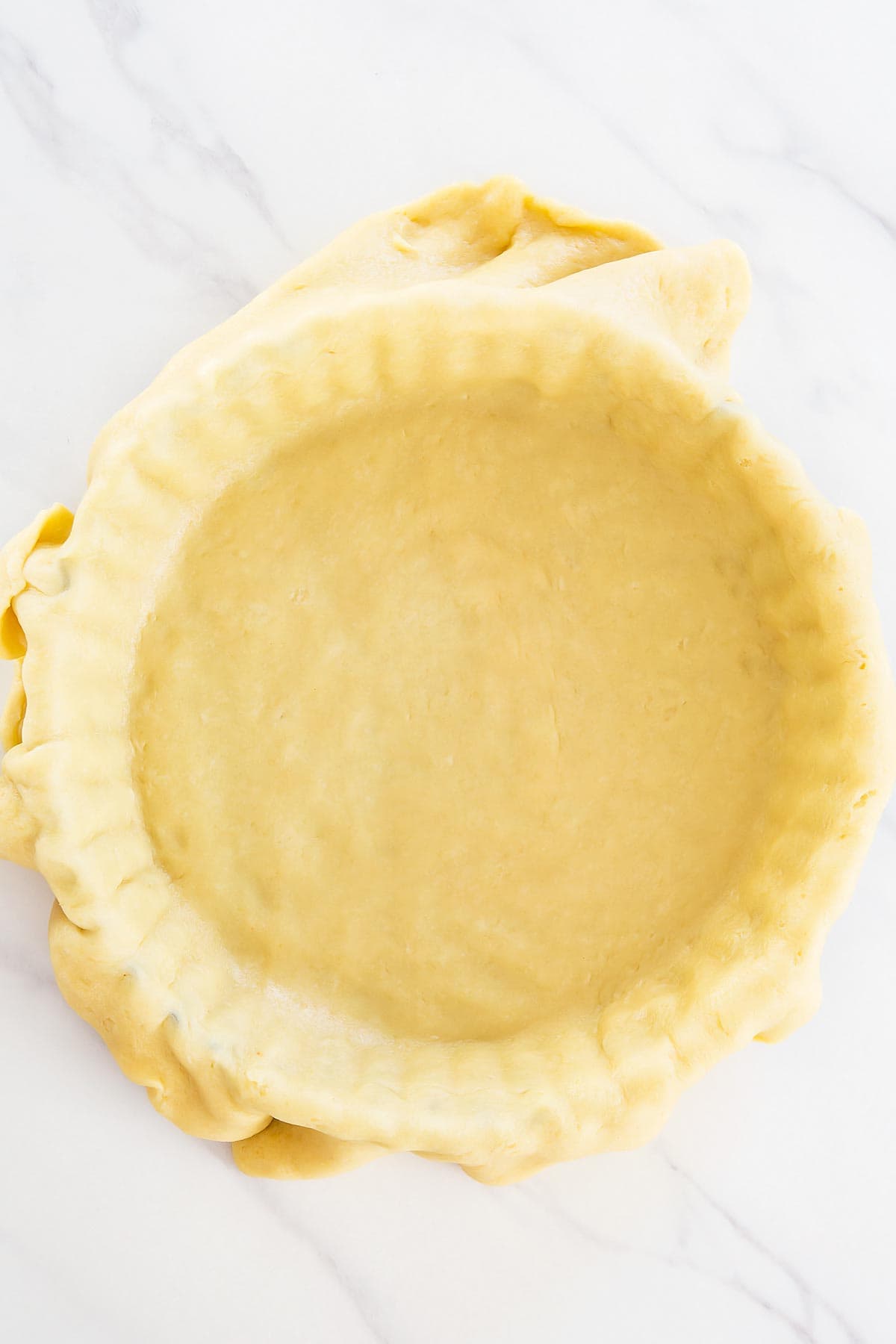 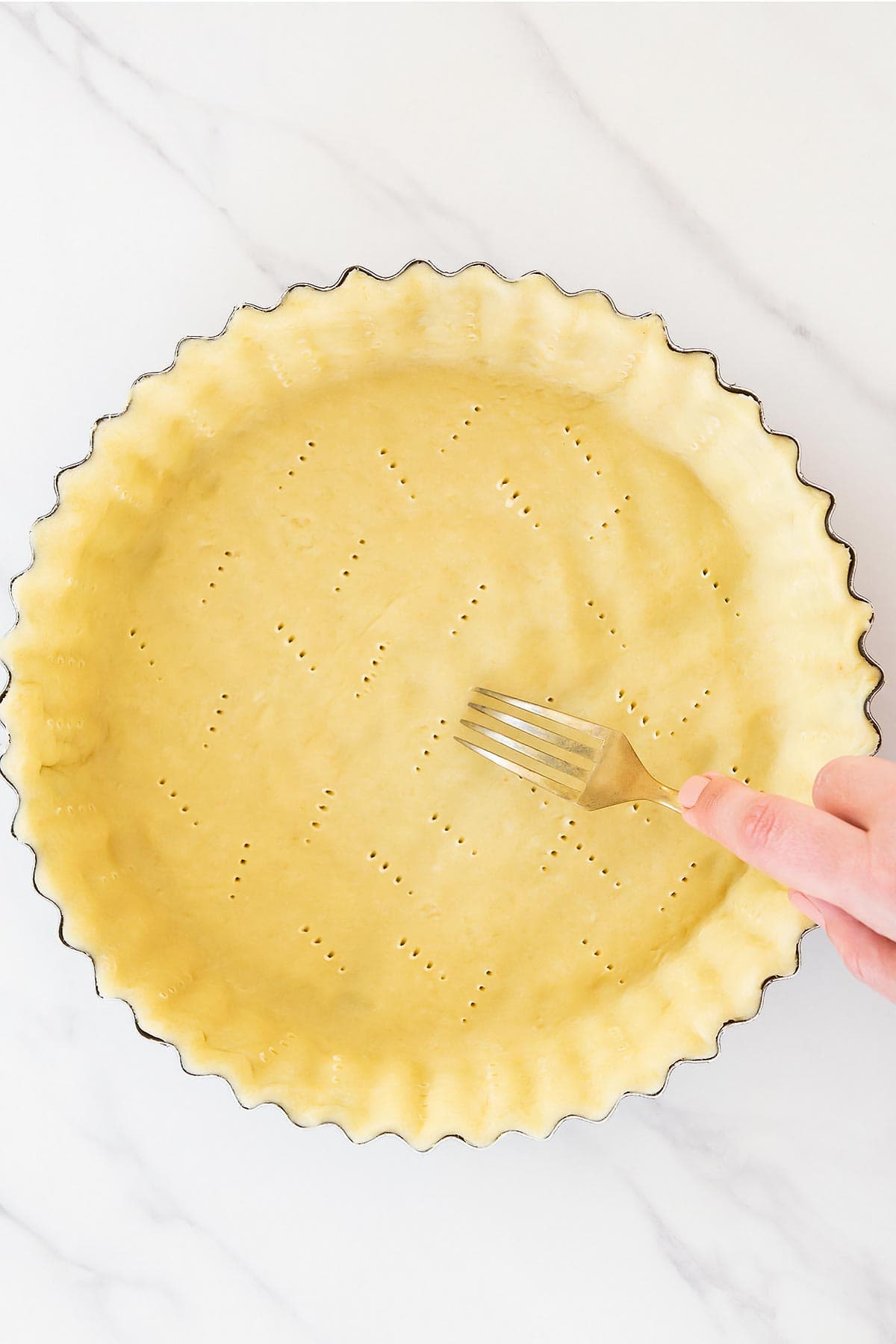 I highly recommend blind baking the crust, which involves weighing it down during the first part of baking so that the crust won’t puff up. To do this, place a sheet of parchment paper over the dough. It will easier mold to the inside of the pie crust if the parchment has been crumpled up first. Next, add pie weights, beads, rice, dried beans, or sugar on top for weight.

Then, you bake the flaky pie crust in a 400°F oven for 12 to 15 minutes until golden brown. Make sure that the parchment paper is large enough that you can grab the edges and lift the weights out easily after baking. 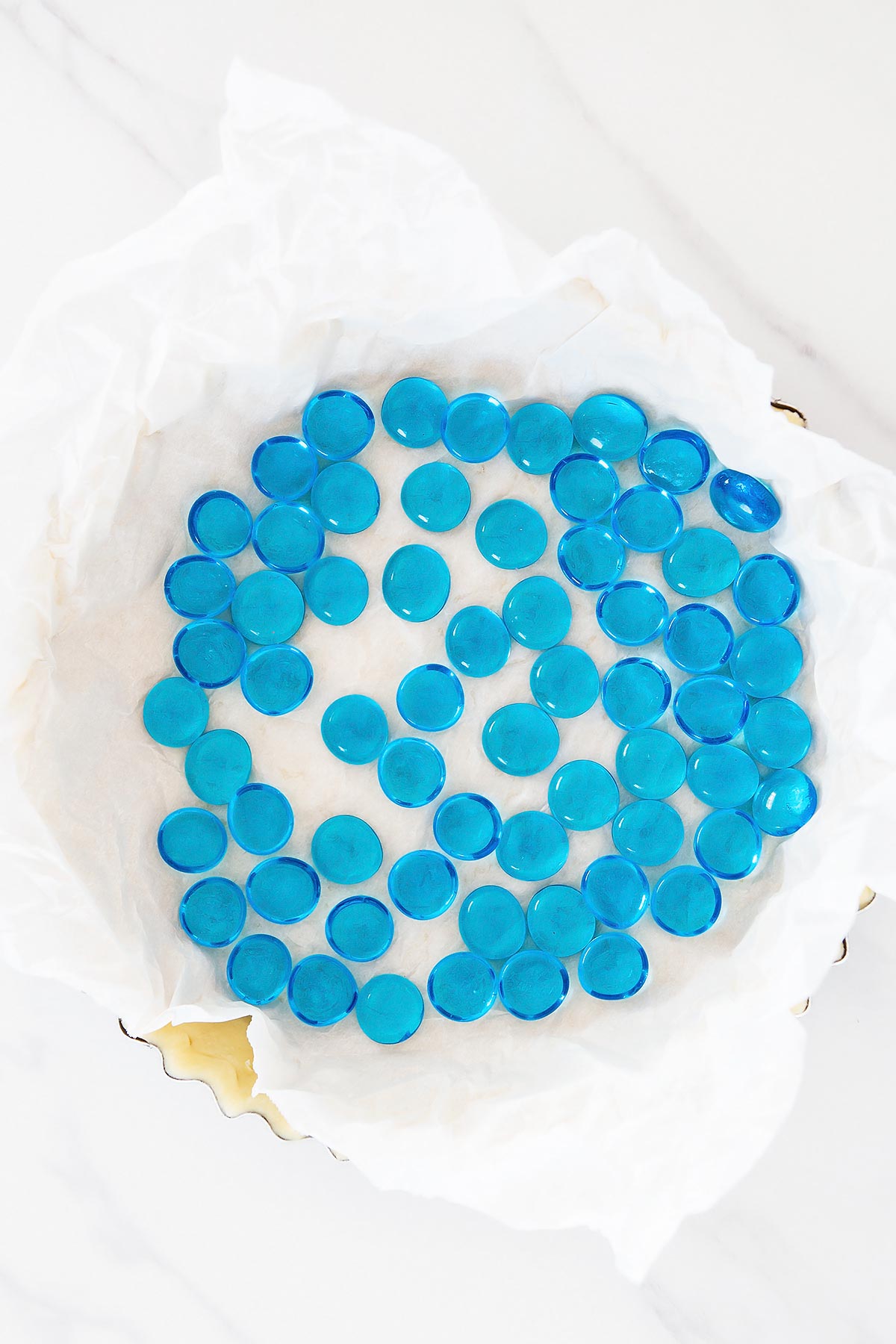 While a food processor is an incredibly convenient tool when making this flaky pie crust, not everyone has one. Luckily, you can prepare the pie dough with a bowl and pastry cutter instead. To do so, you can whisk the flour with the salt in a bowl. Afterward, cube the butter and add it to the bowl.

Using the pastry cutter (or fork), work the butter into the flour mixture until it becomes very crumbly and fine. Finally, add ice-cold water as needed, while using a spatula or your hands to shape the mixture into a dough. Just be sure not to overwork the dough at this step as you want it to bake up to a flaky tender crust. After this, you can shape it into a disk and chill it as usual. 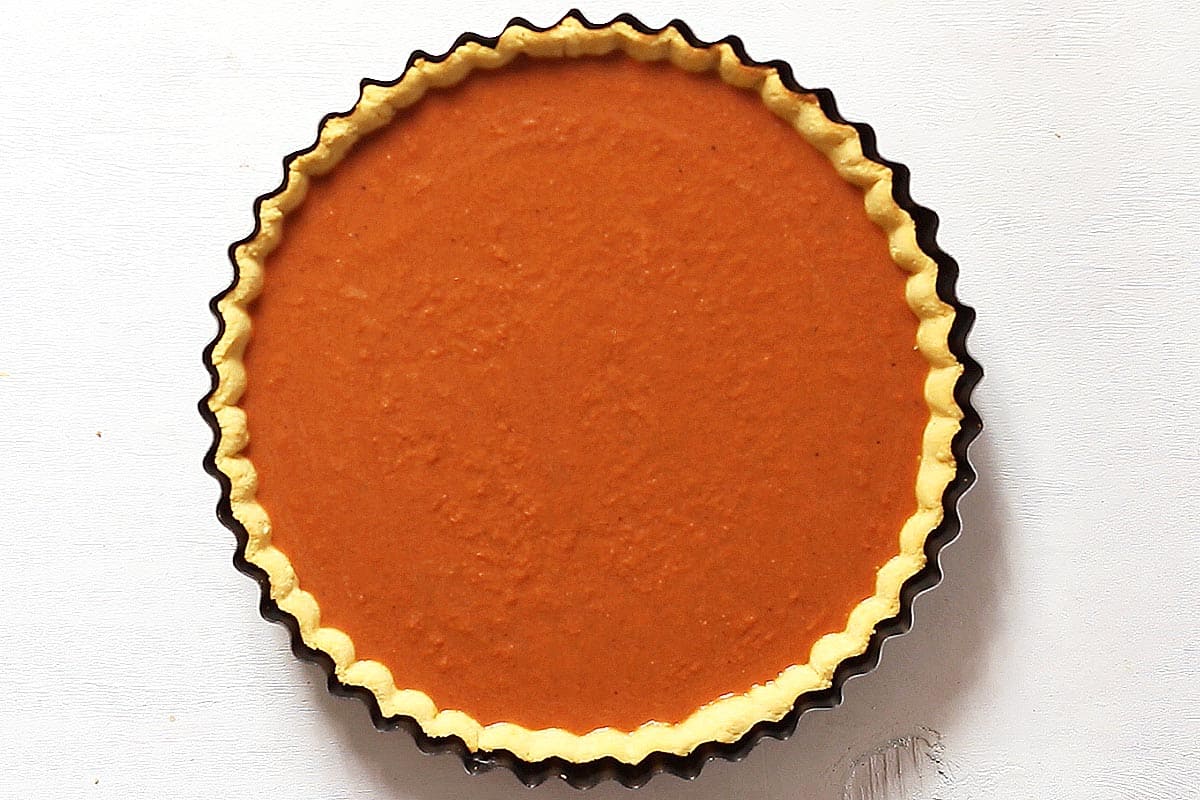 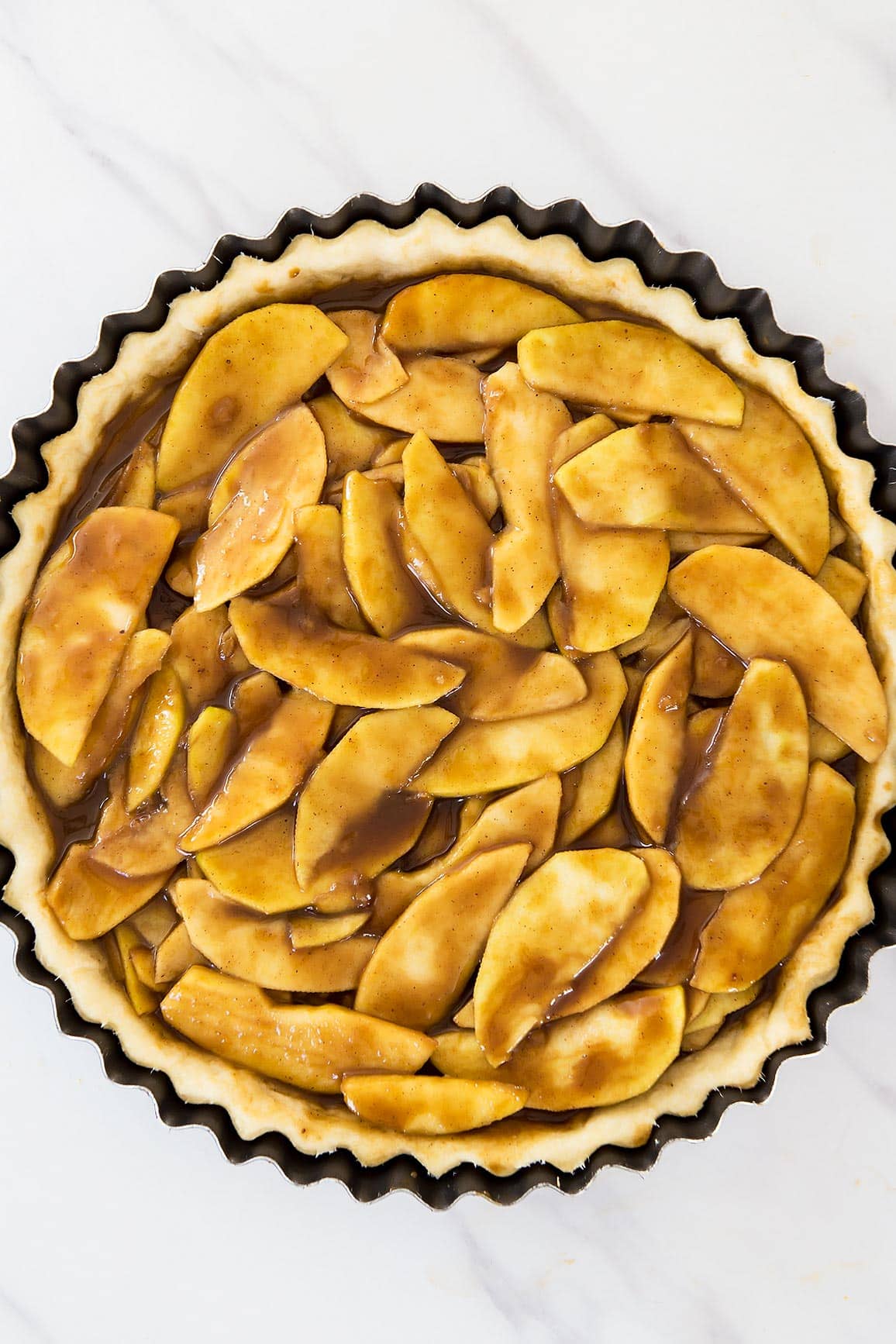 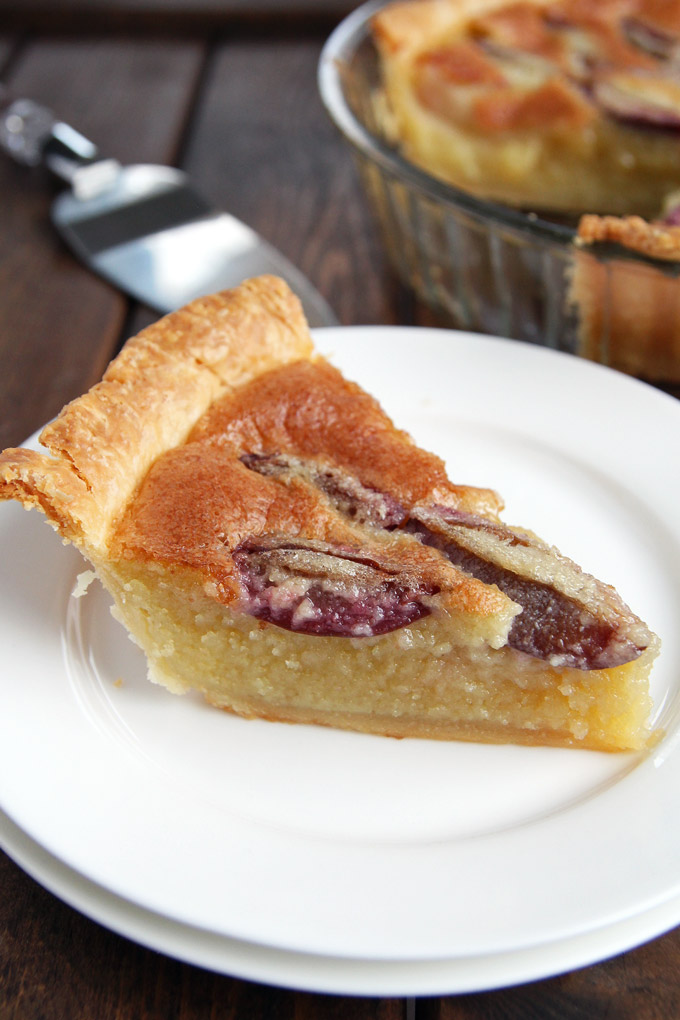 Types of Fillings to Use in this Pie Crust

This is the best pie crust because there are infinite possibilities for what to fill it with. Here are some ideas for baked or unbaked fillings you could try: 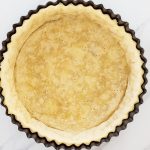 This flaky butter pie crust recipe results in an incredibly buttery and flaky pastry. It is suitable for a traditional 9-inch pie shell as well as the base of a rustic galette. Since it is unsweetened, you can utilize it for any savoury pies, such as quiches, as well.

*sometimes I use half whole wheat flour